India's Entertainment & Media industry to grow to $40 billion by 2020 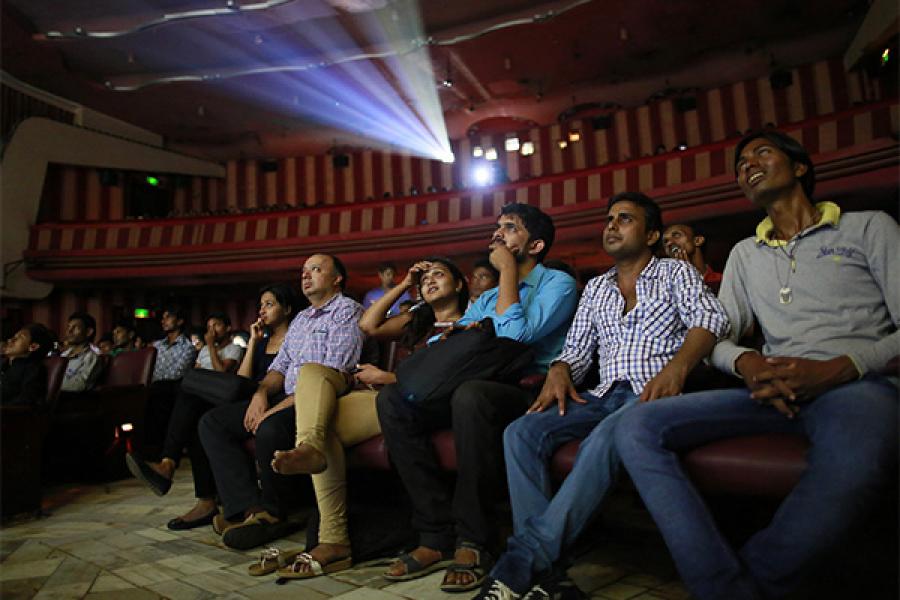 Image: Danish Siddiqui / Reuters
India had 11,200 screens in 2014 which fall short of catering to the population and the appetite for cinema-going by a large margin

The entertainment and media industry in India is expected to cross $40 billion by 2020 from a current $25.77 billion, a compound annual growth rate (CAGR) of 10.3 percent in this period, according to PricewaterhouseCoopers’s (PwC) data released in the Global Entertainment and Media Outlook 2016-2020, released on Wednesday.

India had 11,200 screens in 2014 which fall short of catering to the population and the appetite for cinema-going by a large margin. Also, in China, the average ticket price is around $5, whereas it is less than one dollar in India. Multiplexes thus need to allow exhibitors to raise prices within limits, suggests the report. 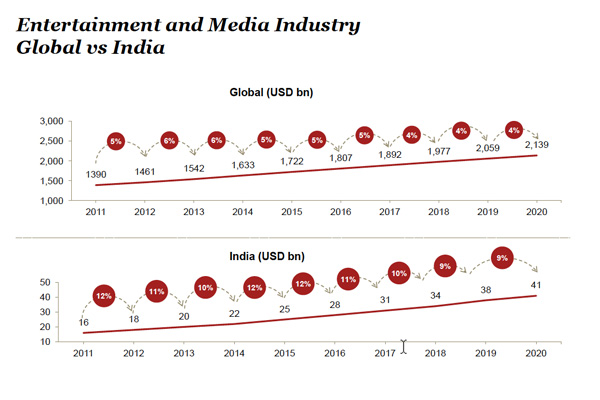 The global report comprises data from 54 countries across 13 segments, which include radio, TV, outdoor advertising, book publishing, music and cinema amongst others.

Interestingly, the publishing industry has been stagnant globally, but it is expected to grow further in India over the next four years, according to Frank Dsouza, partner (tax and regulatory services) at PwC in India. The overall publishing revenues are expected to grow at a CAGR of 3. 8  percent by 2020, he said. The industry revenues were $6.13 billion in 2015, an increase of $302 million over the previous year. This growth would be led by factors like increasing literacy levels, educational needs and a strong propensity to consume news in local languages. Also, while a lot of publishing houses are migrating to the digital space, monetising content continues to remain a challenge, globally and domestically.

India also bucks the trend in the television sector, Dsouza says. It will be one of the seven countries globally to achieve double-digit growth from 2016-2020 at a CAGR of 11.7 percent, according to the PwC report. This means the revenue will increase to $5.54 billion in 2020 from $3.19 billion last year. Television continues to rake in majority of advertising revenues. Multichannel TV advertising revenue will grow at CAGR 12.1 percent to $5.13 billion by 2020 from $2.91 billion in 2015.

The users of media and entertainment in India will continue to be those under the age of 35. Further, despite the industry going global, content tastes and cultures remain local, the report showed.