Since Vishal Sikka took over as the first non-founder CEO of the IT firm, this is the first major realignment across service lines undertaken by Infosys 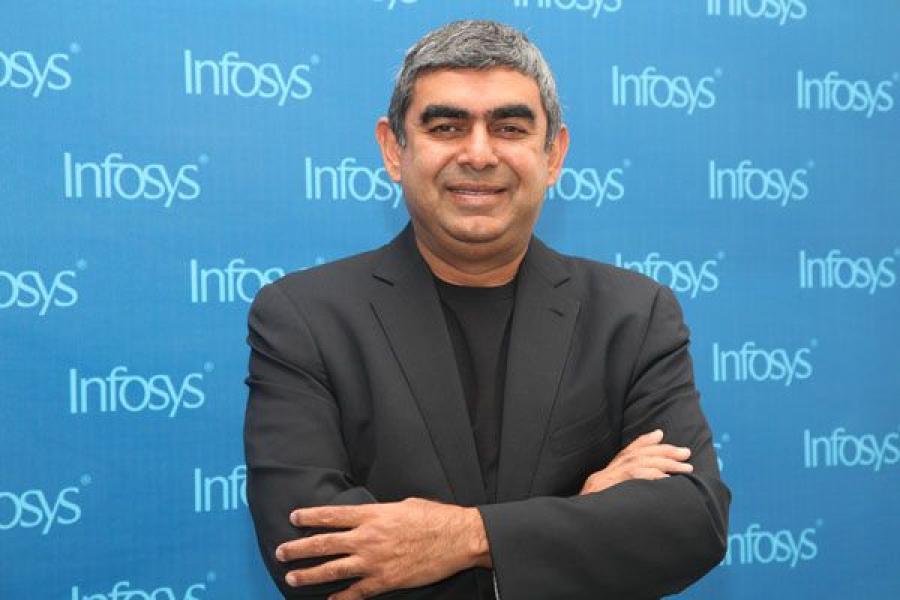 Infosys on Thursday announced a realignment of its organisational structure in key areas of sales, delivery and business enabling functions. As the Bangalore-based IT-services company aims to get back on track of higher growth, the move is expected to see certain change in roles for senior executives within the organisation.

According to a statement posted on its website, the IT major pointed out that the new organisational structure will enhance the company’s agility in the market and sharpen its competitive differentiation across service lines. “This structure will help deliver services that will reflect the way technology is consumed in layers by the enterprise,” Infosys said, adding that the realignment is effective April 1, 2015.

As per the new structure, sales will continue to be organised around industry segments. The five global industry segments include financial Services (including cards & payments), manufacturing, retail, CPG and logistics, energy, utilities, communications and services, life sciences, healthcare and insurance.

India's second largest IT-services exporter did not specify the details of any role changes among senior executives, but sources told Forbes India that Sanjay Purohit, CEO and managing director, EdgeVerve Systems Ltd, a wholly owned subsidiary of the IT firm that focuses on on products and platforms is likely to head the management consulting services. Michael Reh, senior vice president and global head, Finacle, the banking product of Infosys may also get an additional role to lead EdgeVerve Systems.

According to the company’s statement, the delivery functions of the business will be organised around service lines with a clear focus on nurturing innovation to drive service line differentiation across industry segments. The delivery organisation will be structured around seven service lines such as digital integration services, application development and maintenance, engineering services, cloud and infrastructure services, independent validation and testing, enterprise package application services and management consulting services, Infosys said.

Earlier considered as an indicator of Indian IT industry's overall performance, Infosys has failed to post market leading growth over the last few fiscals. In the last two years, Infosys is looking at optimising costs and streamlining its workforce across locations. Ever since Vishal Sikka took over as the first non-founder CEO of Infosys in August 2014, this is the first major organisational realignment undertaken by the IT firm.

In October last year, Sikka charted out a new plan for the company to revive growth led by innovation across all its services. In an export-heavy and highly commoditised $108-billion Indian IT industry where companies clone each other’s offerings, Sikka is looking to create a differentiating model for Infosys backed by newer technologies such as automation and artificial intelligence.

While announcing the second-quarter earnings of the company in October 2014, Sikka pointed out that the new strategy of the IT major would be to create a ‘next generation services company,’ and achieving ‘much better operational excellence’ in its businesses.

For the third quarter ended December 2014, Infosys posted a revenue of Rs 13,796 crore recording a sequential growth of 3.4 percent. Net profit during the quarter stood at Rs 3,250 crore, up 5 percent sequentially.

The company’s present HR head Srikantan Moorthy has been moved to a delivery role. He will be incharge of application development and maintenance and independent validation and testing. Infosys is expected to announce its new HR head soon.