While other Silicon Valley buildings are likely to suffer damage and be nonfunctional for days, if not months, after an earthquake, Apple's headquarters, are designed to be usable immediately after 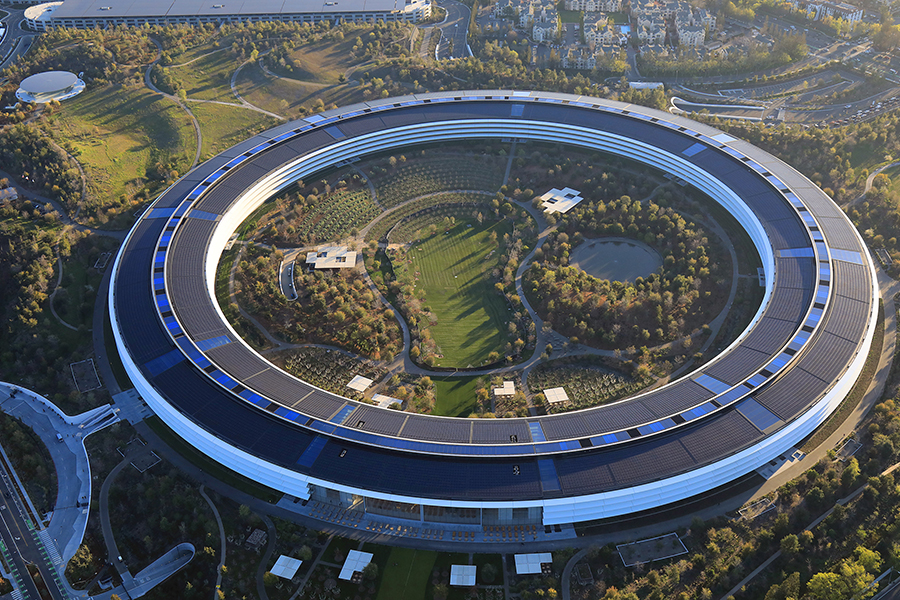 Apple’s new headquarters in Silicon Valley, which was constructed with an acute awareness that the building sits in earthquake country, in Cupertino, Calif., March 15, 2019. Apple’s “spaceship” headquarters are in one of the few Silicon Valley buildings that use seismic technology to protect against earthquake damage. (Jim Wilson/The New York Times)

CUPERTINO, Calif. — The circular building housing Apple’s headquarters in Silicon Valley is so big, it’s nearly a mile in circumference. So it’s hard to fathom that it is not actually attached to the ground.

The spaceship, as the building is often called, is a mammoth example of a technology that reduces earthquake shaking by as much as 80%.

While other buildings in Silicon Valley are likely to suffer damage and be nonfunctional for days, if not months, after an earthquake, Apple’s headquarters, which were completed early last year, are designed to be usable immediately after the Big One.

The building is one of a relatively small number in the United States that use so-called base-isolation technology.

Jim Wilson, the San Francisco bureau photographer, and I were the first journalists to descend into the basement and tour the building’s protective seismic system.

More than 9,000 engineers and other Apple employees work in the building, which has its own electricity supply and a vast atrium with a variety of fruit trees, including, perhaps not surprisingly, many varieties of apple.

Two stories underground, beneath offices where engineers design iPhones and MacBooks, the building rests on 692 huge stainless steel saucers. When the ground shakes, the building can shift as much as four feet in any direction on the saucers. Picture an ice cube on a plate. If you shake the plate back and forth, the ice cube slides to stay nearly stationary.

Jony Ive, Apple’s chief design officer, said in an interview that he and Steve Jobs, the Apple co-founder who died in 2011, considered base isolation essential protection for the headquarters — and the brain trust that resides within. (Ive also spent four years renovating his house in San Francisco to make it more resilient to earthquakes.)

Jobs was greatly inspired by Japanese engineering, including the ways buildings were designed in Japan to prevent earthquake damage, Ive said.

Roughly 9,000 buildings in Japan use a variant of base isolation. In the United States, the Apple building is one of only around 175 buildings that use the technology.

The specific base-isolation system that Apple uses was designed and manufactured a short drive away — on the other side of the San Francisco Bay at a company called Earthquake Protection Systems. Most of what the company produces is exported to earthquake prone countries such as Turkey, Peru and Ecuador. Very few American companies use any earthquake mitigation technology for their buildings.

Apple’s headquarters, purposefully nestled amid trees and meadows, stand in contrast to the unremarkable architecture that is the hallmark of Silicon Valley.

Evan Reis, a structural engineer who works in Silicon Valley, says the area has thousands of cheaply built structures known as “tilt-ups” that are known to be vulnerable to collapse in an earthquake. Both workers and executives are often unaware that their buildings are dangerous, he said. 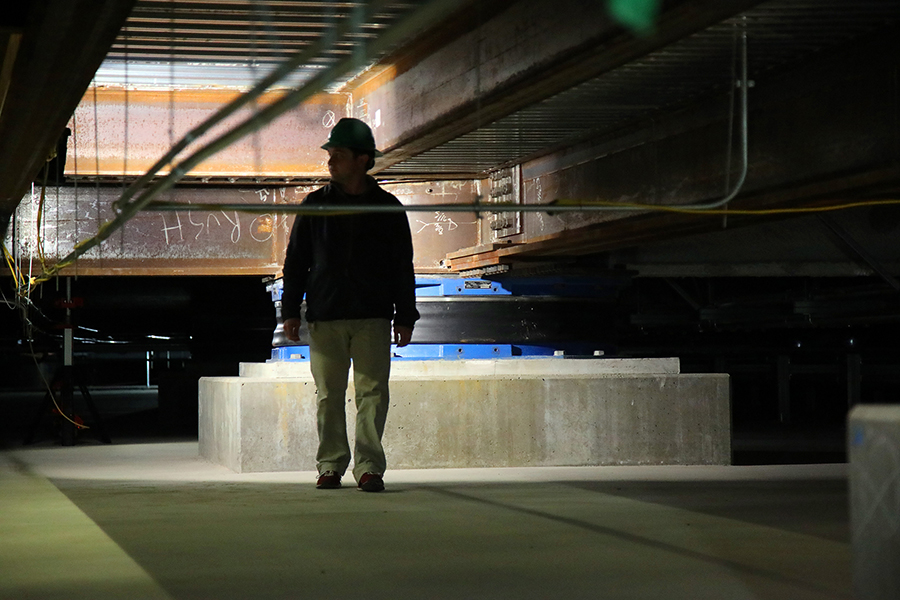 Underneath Apple’s new headquarters in Silicon Valley, which was constructed with an acute awareness that the building sits in earthquake country, in Cupertino, Calif., Feb. 12, 2019. Apple’s “spaceship” headquarters are in one of the few Silicon Valley buildings that use seismic technology to protect against earthquake damage. (Jim Wilson/The New York Times)

“A lot of Silicon Valley companies, whether they are startups or established companies, are in buildings from the 1970s and 1980s that don’t meet current code requirements,” Reis said.

Reis is a co-founder of the U.S. Resiliency Council, a nonprofit organization founded to spread the message that even buildings constructed to code can be badly damaged in earthquakes.

Yet even if all companies in Silicon Valley had buildings as robust as Apple’s, it would not make the region earthquake-proof. Roads, mass transit, electricity, water and telecommunications systems, not to mention the homes of employees, are all likely to be damaged by a big earthquake.

And base-isolation devices have their limits, too. Thomas H. Heaton, director of the Earthquake Engineering Research Laboratory at the California Institute of Technology, warns that a big enough quake could theoretically throw a building off its steel saucers.

The technology has proved its effectiveness in earthquakes in Japan and Latin America, but engineers say a direct hit to a modern American city would be the ultimate determinant of resilience.

“When base isolation works well, it works very well,” Heaton said. “But since we haven’t had a real earthquake to test anything, someday we are going to have a giant experiment.”

Tweets by @forbes_india
Best buys: A coffee mug that pairs with a temperature control app, anyone?
Why Fiat Chrysler's talks with Renault fell apart