ITC down but long-term investors want to buy more

ITC's shares fell more than 12.5 percent on Tuesday on government's increase of cess on cigarettes 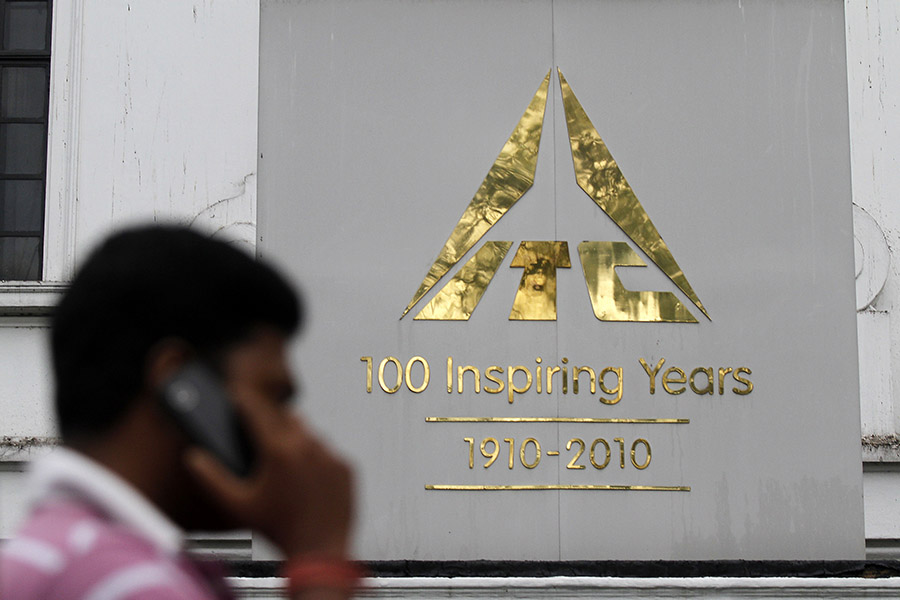 ITC's shares plunged 12.63 percent on Tuesday, closing at Rs 284.60 on the BSE after the government increased the cess on cigarettes in line with the guidelines of the Goods and Services Council (GST Council). The benchmark 30-share Sensex index slid in tandem, losing 1.13 percent or 363.79 points down to close at 31,710.99.

In early trade, ITC was down 15 percent. In a single trading session, the hotels-to-tobacco company lost nearly Rs 50,000 crore in market capitalisation. ITC ranks fourth in terms of market cap at Rs 3,45,714 crore. However, over the last one year, the stock is up 35 percent against a 15 percent gain in the overall 30-stocks Sensex.

"In a negative surprise, the GST Council on Monday stepped in to check the windfall being reaped by cigarette manufacturers and increased effective tax under GST by around 10-11 percent which will result in MRP increase of around 8-9 percent. This with 6 percent hike in the Budget 2017-18 amounts to around 6-7 percent total hike in taxes for FY18," Edelweiss explained in a report. Keeping this view in mind, Edelweiss downgraded the ITC stock on Tuesday.

"In the past (FY13-16), when the hike in tax was around 18 percent on an average, ITC’s volumes declined by around 20 percent over the period. Accordingly, we cut our cigarette volume estimates for FY18-19 to 5 percent/ 2 percent YoY decline versus 5 percent/ 5 percent YoY growth, respectively. Ergo, we cut EPS [Earnings Per Share] estimates by 5.6 percent/ 8.2 percent YoY for FY18/ 19 respectively and cigarette business multiple to 27x (30x earlier). We downgrade to ‘HOLD’," Edelweiss explained. Similarly, Credit Suisse and Morgan Stanley also saw the crash in the share price as a negative for the company with the view that the higher cess would affect the volume growth of the company.

Life Insurance Corporation (LIC) which holds 16.29 percent in ITC emerged as one of the biggest losers on the bourse on Tuesday. Foreign portfolio investors account for 19.99 percent and mutual funds account for 4.23 percent of ITC.

Most of the mutual funds were unfazed by the nearly 13 percent fall in the share price, believing that the ITC stock is still fundamentally strong. While higher cess may affect the performance of the company in the short-term, mutual fund managers believe that the demand for cigarettes is going to remain strong in India. The country is still one of the biggest markets for tobacco companies.

Institutional investors are looking at Tuesday's fall as a buying opportunity but because of the sensitivity of the product, they refrained from commenting.

ITC has been a favourite for fund managers over the last five years. Harsha Upadhayay, who is now with Kotak Mutual Fund, was one of the early fund managers who had started purchasing the stock while at UTI, for their Opportunities Fund in 2010-when it was trading at a low price earning multiple-confident of the business prospects of the company. In 2012, he moved out of UTI Mutual Fund to join DSP Blackrock. After him, Anoop Bhaskar started managing the UTI Opportunities Fund and maintained its position on ITC. By 2014, ITC had become the top holding of the fund and one of the best performing funds in the large cap space. Today, the stock doesn’t feature in the top holding of the Opportunities Fund as new fund managers trimmed their position after the valuation of the stock became very steep. Today, the stock trades at seven times its book value.

ITC is favoured among long-term investors who are not fazed about Tuesday's stock performance. ITC is a typical low beta stock, so theoretically, it is a low volatility stock. It is a classic case of an FMCG company which has high Return On Capital Employed (ROCE), a very good working capital management cycle and almost a monopoly in terms of market share in its product. It is also one of the best known brands of India. These are the qualities that long-term investors typically love as their holding period is as high as ten years. ITC has delivered on all these fronts.

Tweets by @forbes_india
Q1 2018: HUL posts flat volume growth in the pre-GST quarter
Leadership lessons for leaders: What would they look like?