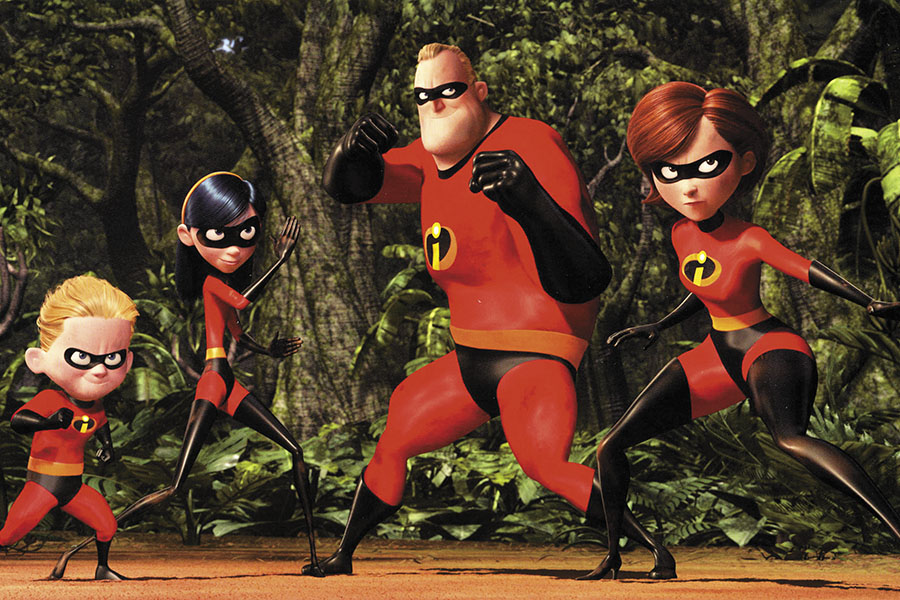 Incredibles 2
Release time: June
This is one of those sequels that take their time coming. More than a decade after The Incredibles (2004) told the animated story of, well, the Incredibles (the superhero family living incognito among mere mortals) the second instalment will see Helen saving the world while husband Bob finds his hands full with unexpected challenges—their three children. And their youngest, Jack-Jack, springs some surprises of his own. Given that the first film earned $633 million globally, the second one has some super shoes to fill.

Thugs of Hindostan
Release time: November
This one from Yash Raj Films has an ensemble cast that includes Amitabh Bachchan, Aamir Khan, Katrina Kaif, Fatima Sana Shaikh and Jackie Shroff. Inspired by the book Confessions of a Thug by Philip Meadows Taylor, Thugs of Hindostan reportedly has a budget north of ₹200 crore. While the makers have kept the plot under wraps, the movie, helmed by Vijay Krishna Acharya whohad directed Dhoom 3, is believed to be an action thriller based on the lives of a gang of robbers in 19th century India. But why must it sound like Gangs of New York? 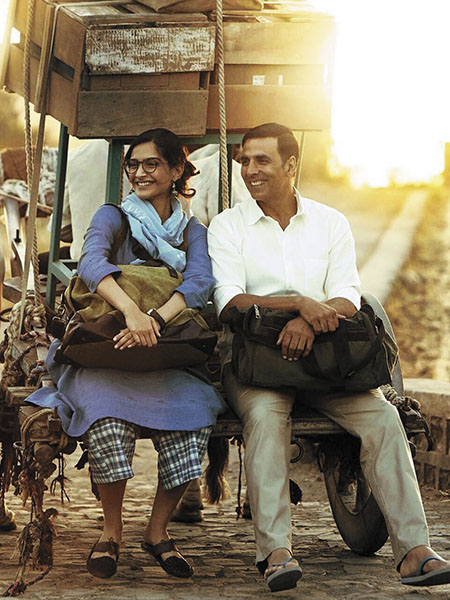 Padman
Release time: January
Continuing with his films that address social issues, Akshay Kumar will now be championing the cause of menstrual hygiene. His next film is based on the life of Arunachalam Muruganantham, the Coimbatore-based social entrepreneur who started manufacturing low-cost sanitary napkins and evangelised menstrual hygiene in small towns and villages, while being the subject of much ridicule. Directed by R Balki, who made Cheeni Kum and Paa, the film also stars Sonam Kapoor and Radhika Apte.

Padmavati
Release time: January
We shall all perhaps heave a collective sigh of relief once the movie releases. There is little about the film—starring Deepika Padukone, Ranveer Singh and Shahid Kapoor—that is left to be told, except its real story of course. After holding our breaths (and our heads) as the unending drama continued over this period film of Sanjay Leela Bhansali’s, the film better not be a damp squib!

Kedarnath
Release time: December
Kedarnath, directed by Abhishek Kapoor of Rock On!! fame, will mark the debut of Sara Ali Khan—daughter of Saif Ali Khan and Amrita Singh—opposite Sushant Singh Rajput. With the film’s publicity machinery already in overdrive, expect to get continuous behind-the-scenes snippets of the film which is based on the 2013 Uttarakhand floods. 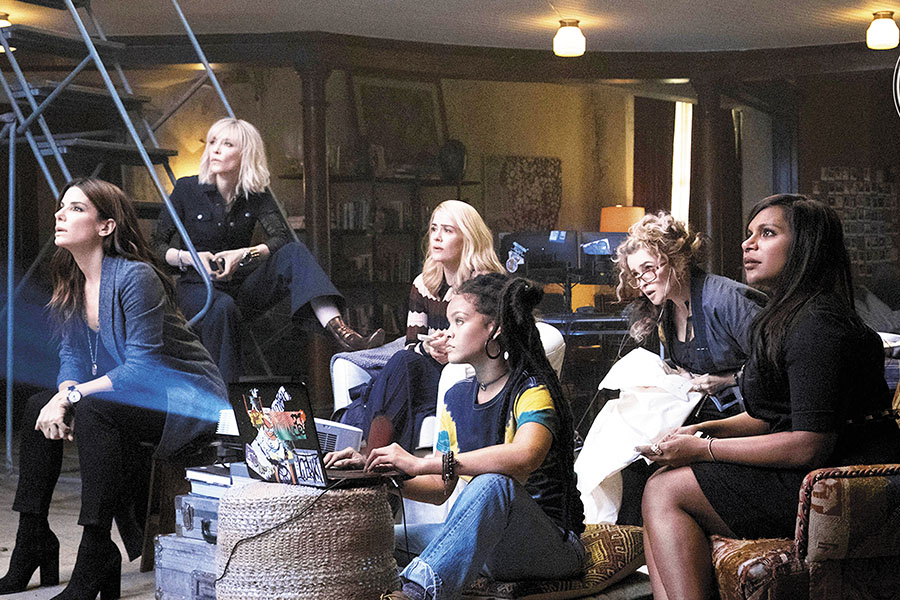 Ocean’s 8
Release time: June
This is the time for women’s-only versions of hugely successful male-only originals. In 2016, there was the all-woman Ghostbusters, which came in for much criticism from fans of the original, 1984 cult classic, but which went on to earn $229 million worldwide. In 2018, we will see a similar version of the Ocean’s trilogy, the series where Danny Ocean (George Clooney) leads a team of bank robbers: Danny’s
estranged sister, Debbie, leads an eight-member crew of women to pull off a bank robbery. Given its star cast—Cate Blanchett, Sandra Bullock, Anne Hathaway, Helena Bonham Carter, Katie Holmes and Rihanna—we are not complaining.

Shah Rukh Khan’s unnamed film
Release time: To be announced
Anand L Rai, who directed Raanjhanaa, Tanu Weds Manu and Tanu Weds Manu Returns, will be directing Shah Rukh Khan for the first time, as he plays a dwarf (brings to mind Kamal Hassan in the 1989 film Apoorva Sagodharargal, though Khan maintains there are no similarities). The film also stars Anushka Sharma and Katrina Kaif; the trio is coming together for the first time since Jab Tak Hai Jaan in 2012. Given the fate of Khan’s past few films—Fan, Dear Zindagi and Jab Harry Met Sejal—at the box office, will pulling the dwarf stunt be enough to draw audiences?

Maze Runner: The Death Cure
Release time: January
This is the third and final instalment of the Maze Runner franchise—the first one, The Maze Runner hit the screens in 2014, followed by Maze Runner: The Scorch Trials in 2015—based on the eponymous novel by James Dashner. Directed by Wes Ball, this film will see protagonist Thomas, played by Dylan O’Brien, embarking on a mission to find the cure for a disease called Flare. All eyes are set on this one, given the tremendous success of the first two instalments, which together earned about $660 million worldwide. 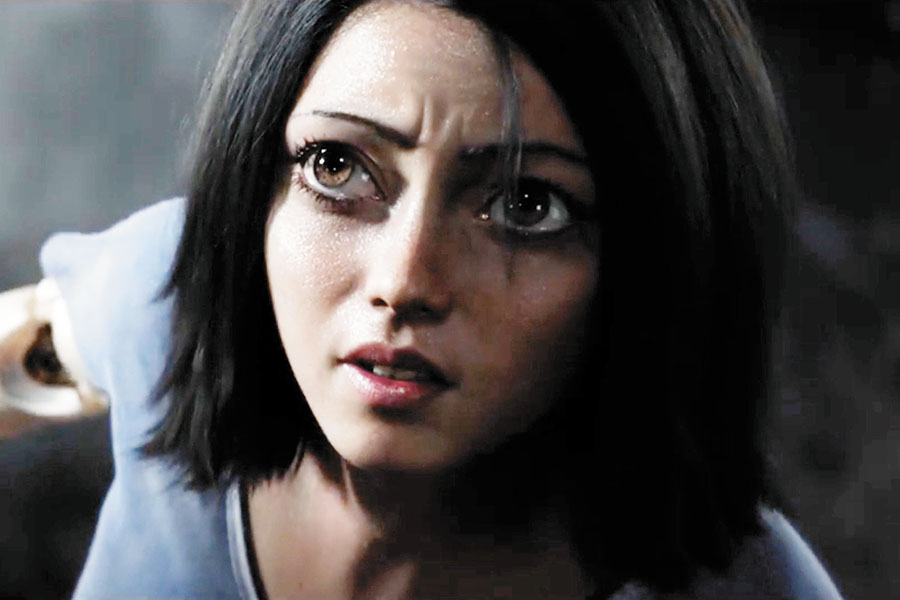 Alita
Release time: July
Two Hollywood giants team up for this action adventure film. Robert Rodriguez, the prolific producer of cult action films such as Desperado, El Mariachi and Machete, joins James Cameron, who thought up films such as Terminator, Alien, Rambo and Avatar, to make Alita, where Rosa Salazar plays the namesake character, a cyborg warrior. Notching up the star power even higher are Jennifer Connelly, Christoph Waltz, Michelle Rodriguez and Mahershala Ali. You might want to watch this with your seat belts fastened.

Sanju
Release time: March
Having made the immensely successful Munnabhai series, director Rajkumar Hirani and producer Vidhu Vinod Chopra turn the camera on the life of their favourite actor, Sanjay Dutt. Playing the troubled son of late actors Sunil Dutt and Nargis is a beefed up Ranbir Kapoor. The film also stars Manisha Koirala, Dia Mirza and Sonam Kapoor in important roles. It is yet to be seen how much of Dutt’s real life drama—and there has been enough and more of it ever since he was arrested for illegal possession of arms—will find its way on to the reels.

Ready Player One
Release time: March
This science fiction, directed by Steven Spielberg, is expected to be a scorcher. It is the story of a virtual reality world called Oasis. Before dying, its creator challenges the Oasis users to track down an Easter egg, promising a fortune to the one who finds it. Starring Olivia Cooke, Hannah John-Kamen, TJ Miller and Tye Sheridan, this sci-fi from the master of the art will be one movie to watch out for. 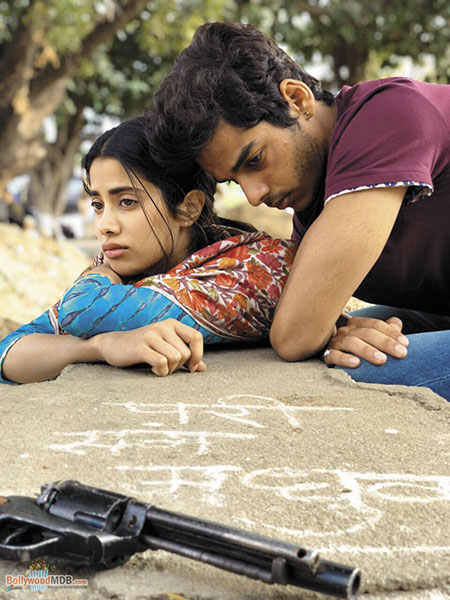 Dhadak
Release time: July
Trust Bollywood to pick up a hugely successful regional film and try to cash in on all that’s good about it. This remake of the 2016 Marathi blockbuster Sairat will be the launch pad of two star kids: Sridevi and Boney Kapoor’s daughter Jhanvi, and Neelima Azeem and Rajesh Khattar’s son Ishaan. In the usual hype that precedes such launches, Kapoor is being hailed as a style icon and a favourite of the shutterbugs. What remains to be seen is if Bollywood can stop itself from completely overwhelming (and, thus, killing) the raw charm that made Sairat so loved.

Manikarnika
Release time: April
Given the spate of biopics flooding the screen, the celebrated queen of Jhansi definitely deserves one of her own. Manikarnika, directed by Krish, stars Kangana Ranaut as the queen who led her troops to battle against the British during the Sepoy Mutiny of 1857. And, as with many things Ranaut, controversy is not far behind: Filmmaker Ketan Mehta has accused her of hijacking his idea, claiming that he was nurturing a similar project for about a decade and had even discussed it with her. Ranaut denies any wrongdoing.

Tweets by @forbes_india
Satyajit Das: The case against techno-optimism
Consure Medical: Towards a clean bill of health