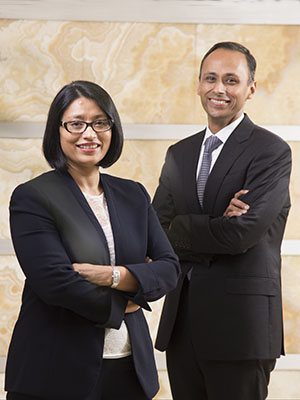 Vinita Gupta, chief executive of Lupin Ltd, India’s third largest pharmaceutical company by sales, and her brother Nilesh Gupta, the firm’s managing director, were named the EY Entrepreneur of the Year in a ceremony held in Mumbai on February 11, 2016.

An 11-member jury chaired by Adi Godrej, chairman of the Godrej Group, bestowed the award upon Vinita and Nilesh for bringing about “a phenomenal transformation at Lupin Ltd with spectacular growth in global and domestic markets while also creating tremendous value for stakeholders in a relatively short span of time”, according to a statement issued by consulting firm EY, which organises these awards every year.

Vinita, 47, and Nilesh, 41, children of Lupin’s founder and chairman Desh Bandhu Gupta, will now represent India at the EY World Entrepreneur of the Year Award in Monte Carlo to be held between June 7 and June 12, 2016.

In a cover story that appeared in Forbes India (issue dated September 4, 2015) titled: ‘Lupin's Retail Therapy , the magazine had examined how the second generation entrepreneurs of the Gupta family was adopting a bold, new strategy of aggressive inorganic growth to achieve their goal of making Lupin a $5 billion-company by sales by fiscal 2018.

In the last decade, Lupin has acquired as many as 12 companies, with six of those purchases materialising in the last one-and-a-half year alone. Lupin garnered particular attention in July 2015 when it announced the acquisition of US-based generic drug maker Gavis for $880 million, the biggest foreign acquisition by an Indian pharma company.

Over the last five years till fiscal 2014-15, Lupin’s revenues have grown at a compound annual growth rate of 21.42 percent, while net profit has grown at nearly 29 percent. All this has been achieved while maintaining a healthy net profit margin of around 19 percent. In FY15, Lupin recorded a turnover of Rs 12,600 crore and a net profit of Rs 2,402 crore. These impressive financials have made Lupin a darling of well-regarded investors like Rakesh Jhunjhunwala who have remained invested in the company for over 15 years, despite rough patches in between. Also in FY15, Lupin’s market value more than doubled to around Rs 90,000 crore.

Tweets by @forbes_india
30 Under 30: Dipa Karmakar - Vault from obscurity to global success
Acing all odds, the Leander Paes way