The hospital chain's shares closed at Rs 336.7 on BSE, which is a 35 percent premium to its issue price 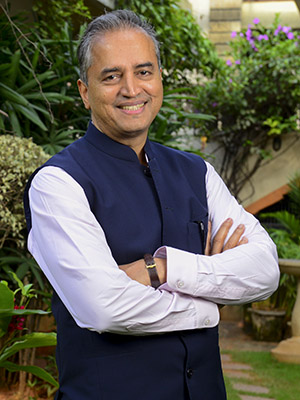 Bengaluru-based Narayana Hrudayalaya Ltd (NHL), which is promoted by one of India’s leading cardiac surgeons Dr Devi Shetty, crossed $1 billion in market capitalisation on its market debut on Wednesday.

The multi-speciality hospital chain’s shares closed at Rs 336.7 apiece on BSE on Wednesday, which is a premium of about 35 percent over its issue price of Rs 250.

In comparison, Narayana’s larger south-based rival Apollo Hospitals Enterprise Ltd has a market capitalisation of Rs 20,281.67 crore, or $3.03 billion. Apollo’s shares ended the day at Rs 1,454.85 apiece down 0.81 percent over the previous day’s close, even as a search was underway by officials of the income tax department at the offices of the company.

Founded by Dr Shetty in 2000, NHL has a network of 23 hospitals, eight heart centres and 24 primary care facilities that includes clinics. Through this network, NHL operates 5,442 beds and has a potential to scale that up to 6,602 beds.

In February 2014, Dr Shetty ventured into the Cayman Islands, in the Caribbean region, with a 104-bed, tertiary-care hospital—Health City Cayman Islands (HCCI). He had partnered with Ascension Health Alliance, one of the largest not-for-profit health care chains in the US for his maiden international foray in the Caribbean.

According to brokerage firm Angel Broking, hospital businesses have a long gestation period before they mature and hence may operate at a loss for a lengthy period of time before achieving profitability.

“Currently, NHL is in an investment phase where the company has increased its bed count at a rate higher than Apollo. As a result, its top-line has grown at a faster rate, but its occupancy and profitability levels are not as high as that of Apollo,” read a recent research report published by Angel Broking.

The report states that, going forward, with NHL’s pace of expansion being slightly slower than in the past, “We expect it to gradually increase its occupancy rates and enhance its profitability.”

Tweets by @forbesindia
2016, like 2015, won't be horrid: Cyrus Broacha
When Kunal met Ratan: How the Tata-Snapdeal bond was forged