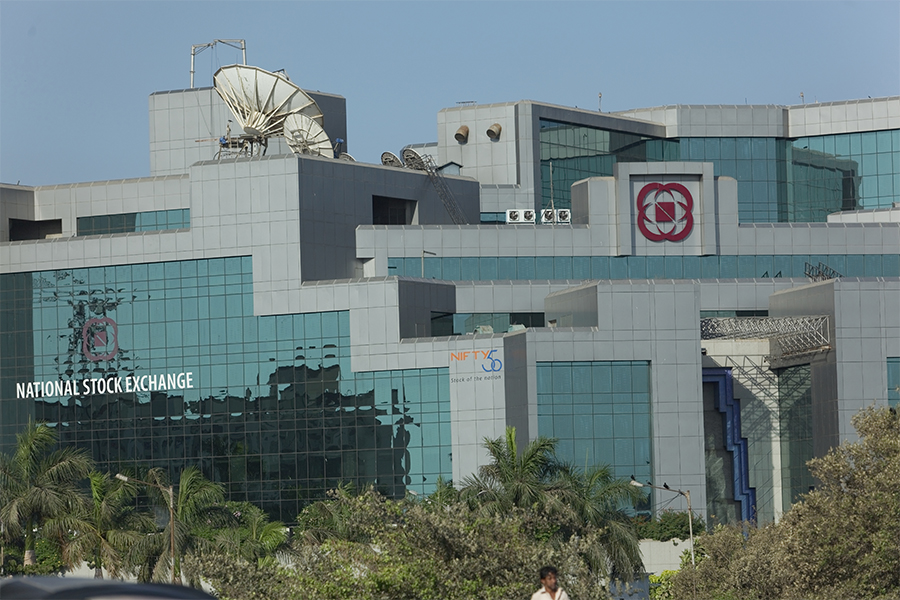 The bourse is looking to raise Rs 10,000 crore through the IPO by offering 111.4 million shares of face value of Re 1 each, according to the draft red herring prospectus (DRHP)—a preliminary document submitted by a company to Sebi as part of a public offering of securities.

Through the offer, investors are looking to sell 22.5 percent of the total share capital, valuing the exchange at roughly Rs 45,000 crore. The offer is being made through the book building process wherein not more than 50 percent of the shares on offer shall be available to Qualified Institutional Buyers (QIBs).

Institutional investors in NSE, some of whom have been with the company since its inception in 1992, have been looking for an exit through the IPO route for almost two years now. Foreign investment accounts for 24.37 percent of NSE’s total shareholding and investors include Goldman Sachs, which owns 5 percent, SAIF Investments (5 percent) and Veracity Investments (5 percent). Insurance companies hold 20 percent in NSE, of which 12.5 percent is owned by the Life Insurance Corporation of India (LIC). Many of these investors are looking for a part or full exit through an IPO.

The announcement of the IPO, also comes after the exit of NSE’s managing director and CEO Chitra Ramkrishna. Sources close to the development say Ramkrishna quit following differences with the NSE board. She believed that the business of a stock exchange is different from other businesses where it was more like a regulator of other listed companies and the commercial business of the stock exchange was in conflict with the regulatory aspect.

Ravi Narain, who led the exchange for twelve years before Ramkrishna took over in 2013, had similar views. “NSE is a curious amalgam, therefore a leader has to be clear that the exchange is strong on both regulation and commercial business. These can often be seen as conflicting with each other,” he had told Forbes India in 2013. Others believe that Ramkrishna was not very keen on listing NSE on rival BSE. However, regulators in India do not permit self-listing.

Investors were looking for an exit route and the NSE board was under pressure to file its DRHP by January 2017.

For the financial year ended March 31, 2016 NSE’s total income from operations was Rs 2,359 crore and its net profit stood at Rs 975 crore. The company has a cash component of Rs 7,002 crore on its balance sheet.

What has attracted investors is NSE’s consistent Return on Equity (RoE)—the amount of net income returned as a percentage of shareholders’ equity. (NSE has maintained an RoE of around 15 percent for many years.)

Exchanges are considered to be perfect businesses because they have annuity incomes and their customers do not move away. Once an investor or trader starts trading on an exchange she doesn’t move to a competing exchange.

The bourse was valued at $2.3 billion when NYSE Euronext, that operated multiple securities exchanges, picked up a roughly 5 percent stake in 2007. Around that time the Multi Commodity Exchange (MCX) was valued at $1.1 billion and BSE was valued at $0.8 billion.