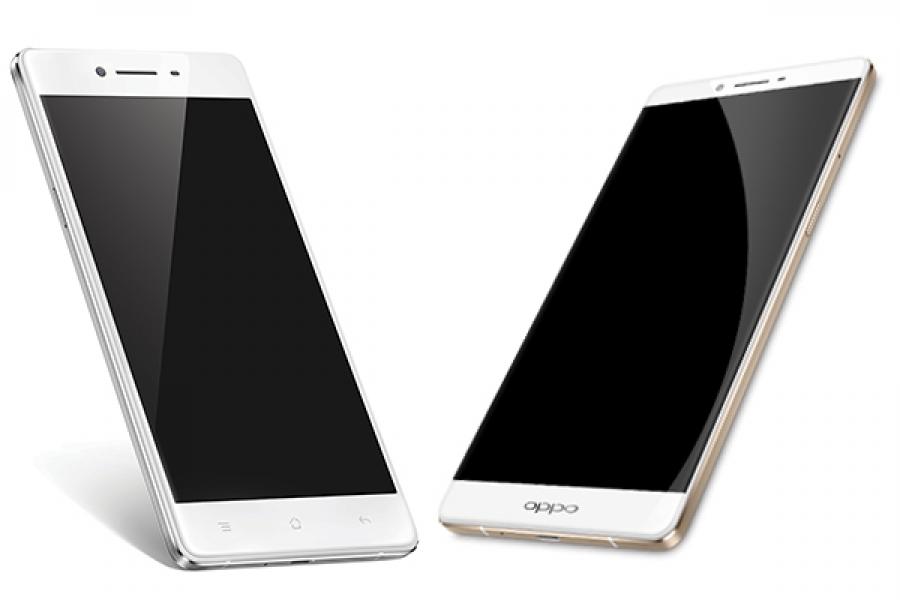 Chinese smartphone manufacturer Oppo took the wraps off two smartphones in India on Friday—the R7 Plus and R7 Lite. Priced at Rs 29,990 and Rs 17,990 respectively, both devices boast a full metal unibody design. The R7 Lite will hit the stores on September 10 and the R7 Plus on September 25. With the new additions, Oppo now has 19 devices in India.

The larger R7 Plus comes with a 6-inch, full-HD display and competes with Apple’s iPhone, the OnePlus 2 and the Samsung Note 5. The R7 Lite has a 5-inch HD display and competes with the Samsung Galaxy A8, among others. Both phones offer 4G support and run on the ColorOS 2.1, a newly developed Android lollipop-based operating system. The company claims the improved software focusses on reducing boot-up delays, long app-loading times, lags in app performance as well as unresponsive interfaces.

Both phones are equipped with 13-megapixel cameras in the rear and, for selfie-lovers, an 8-megapixel front camera. The devices have been optimised with New Flash Shot technology, which includes features like Laser Focus for the R7 Plus and Phase Detection Auto Focus (PDAF) for the R7 Lite. They have also been equipped with an anti-shake optimisation algorithm, which enables users to take clearer photos faster, even when the subject is in motion.

While most smartphones today come with impressive software, few have sufficient battery life. Oppo’s newest products reflect its attempt to address this concern. The R7 Plus and R7 Lite come with 4100 mAh and 2320 mAh batteries respectively. Moreover, the R7 Plus is powered with Oppo’s VOOC Flash charge, which gives a user two hours of talktime after charging for five minutes.

Oppo has already sold four lakh phones in India since its entry in 2014. “We plan to sell a total of seven lakh R7 Plus and R7 Lite phones. Aided by the sales of these two phones, we plan to clock sales of 1.1 million devices by December 2015 and 1.5 million by the end of March 2016,” said Mike Wang, CEO of Oppo Mobiles India.

Oppo has an 11% market share in Vietnam and a 9% share in China. In India, its biggest markets are Maharashtra, Kerala and Gujarat. The company hopes that the two new phones will capture 20% of its existing market share in India.

In India, Oppo retails in over 20 major cities currently and is targeting a mix of multi-brand retail and channel partners, small format stores and exclusive stores for expanding its network. Wang adds that India is one of the most important geographies for its global expansion plans.

Following the ‘Make in India’ trend, Oppo plans to start manufacturing its phones in partnership with Taiwanese electronics contract manufacturer Foxconn here. “We are in talks with Foxconn and will have a formal announcement once things are finalised,” said Wang.

Oppo has recently signed a three-year partnership with FC Barcelona. With this agreement, FC Barcelona and Oppo will cooperate in various fields such as football events, activities of associations and television advertising. The aim is to make Oppo visible during the game of the first team at Camp Nou in Barcelona.

Since 2014, Oppo has roped in actors Hrithik Roshan and Sonam Kapoor as their brand ambassadors. It has also sponsored the 2014 T20 champions league and Bigg Boss Season 8 in India.