Pakistan already owes the institution $5.8 billion from past bailouts, and has only once completed its past programs 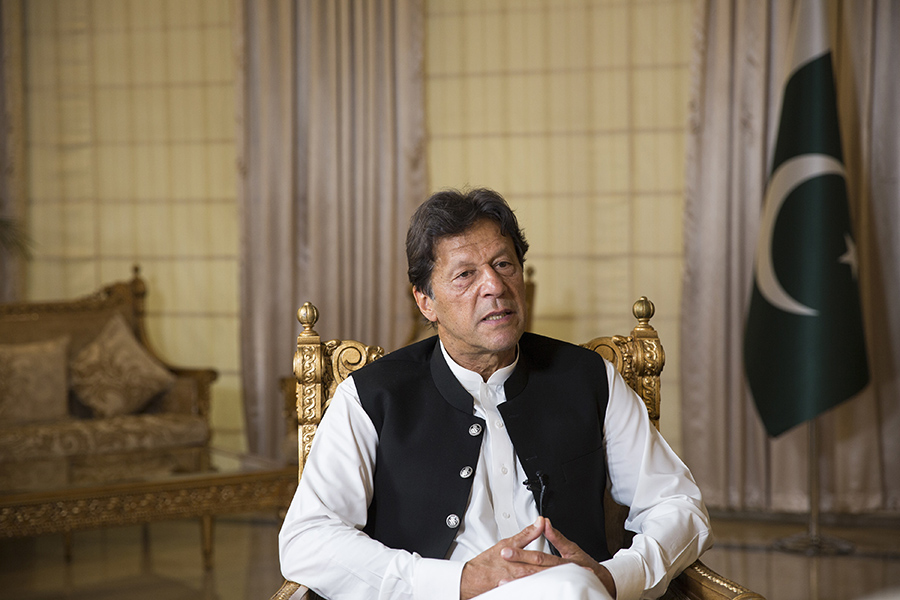 FILE -- Prime Minister Imran Khan of Pakistan at his residence in Islamabad, April 9, 2019. Pakistan and the International Monetary Fund announced on May 12, 2019, that they had reached an agreement on a $6 billion bailout for the country’s emaciated, debt-ridden economy, a rescue that Khan had opposed before taking office but has since reluctantly embraced. (Saiyna Bashir/The New York Times)

ISLAMABAD — Pakistan and the International Monetary Fund announced Sunday that they had reached a preliminary agreement on a $6 billion bailout for the country’s emaciated, debt-ridden economy, a rescue that Prime Minister Imran Khan had opposed before taking office but has since reluctantly embraced.

Officials have described Pakistan’s soaring current account deficit — a measure of the imbalance between imports and exports — as an existential crisis. The country is deep in debt to China, and its slowing economy is expected to contract even further this year.

Negotiations with the IMF on a bailout package had been underway since October. Pakistan has had an uneasy relationship with the lending body, and nationalist politicians often characterize it as a tool of U.S. dominance.

Pakistan already owes the institution $5.8 billion from past bailouts, and has only once completed its past programs.

“Pakistan is facing a challenging economic environment, with lackluster growth, elevated inflation, high indebtedness, and a weak external position,” Ernesto Ramirez Rigo, who led the IMF mission to Pakistan, said in a news release Sunday. “The authorities recognize the need to address these challenges, as well as to tackle the large informality in the economy, the low spending in human capital and poverty.”

He added that the agreement was subject to approval by the IMF’s executive board.

Khan, who took office in August, was a vociferous critic of the IMF as an opposition politician, and during last year’s election campaign he vowed not to turn to it for assistance. But he has been forced to break that pledge — even while promising a sweeping expansion of social welfare programs that would contradict the global body’s insistence on austerity.

Among other belt-tightening moves, the bailout package is expected to lead to cuts in fuel subsidies, putting more burdens on a struggling population. The government has already cut some subsidies and taken other measures the IMF was expected to demand, like depreciating the currency and tightening fiscal and monetary policy. Such moves are likely to be a further drag on growth.

Tweets by @forbesindia
What's next for the Marvel Cinematic Universe?
Uber's rocky ride to its IPO ends in stock hitting skids