Late on Tuesday, the board of Fortis Healthcare, India's second largest hospital chain, approved the sale of its hospital and diagnostics business to Ranjan Pai-led Manipal Hospitals 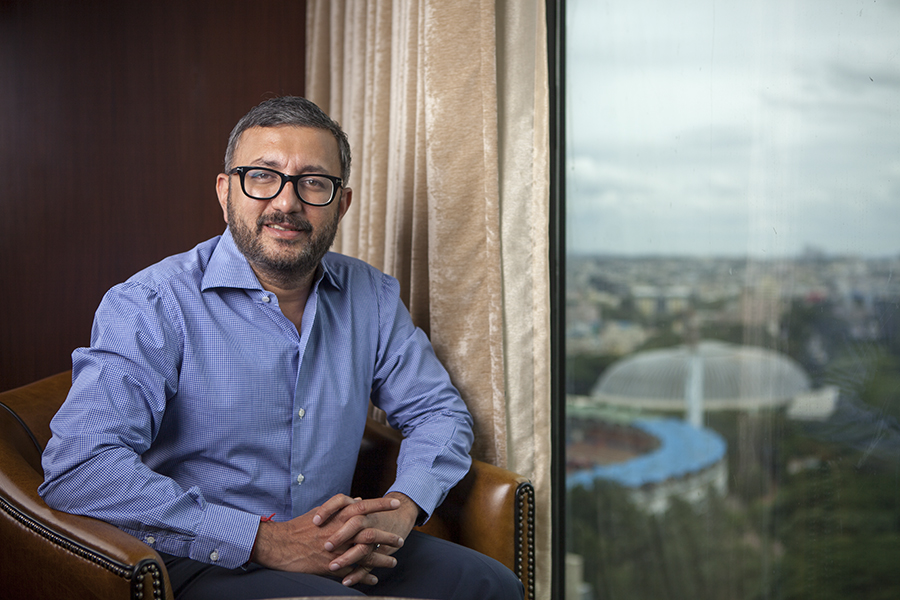 Forty-five-year-old Bengaluru-based billionaire Rajan Pai has sewed up a mega deal in the Indian health care space that now pits him directly against market leader Apollo Hospitals, which is led by 85-year-old Dr Pratap C Reddy.

Reddy, a recipient of the country’s second highest civilian honour, the Padma Vibhushan, for his contribution in the field of health care, has been at the forefront of India’s organised health care market for over three decades. With revenues of Rs 6,441.77 crore in fiscal 2017, Apollo Hospitals Enterprise Limited is the largest health care enterprise in the country operating close to 10,000 beds followed by Narayana Health (formerly Narayana Hrudayalaya), Fortis Healthcare, Manipal Hospitals and Max Healthcare.

Now, backed by private equity major TPG, Pai has struck a deal to buy the hospital and diagnostics business of Fortis Healthcare, which puts it within striking distance of becoming the undisputed leader in the hospital space. On late Tuesday night, the board of directors of Fortis Healthcare Limited (FHL) approved the demerger of its Rs 3,727 crore (by revenue) hospitals business to Ranjan Pai-led Manipal Hospitals. As per a share swap ratio formula, investors of FHL will receive 10.83 shares of Manipal Hospitals for every 100 shares they own of FHL. Manipal Hospitals’ shares are to be listed on the Indian bourses.

The combined entity with revenues of Rs 5,230 crore will have 45 operational hospitals with a capacity of 7,658 beds and an additional 3,400 beds in teaching hospitals run by Manipal Hospitals. As per the Apollo Hospitals 2017 annual report, the health care chain had 10,000 beds across 70 hospitals as on March 31, 2017, with plans to add another 715 beds over the next five years.

Further, Pai will buy a 50.9 percent stake in FHL’s diagnostic arm SRL (20 percent from FHL and 30.9 percent from other investors). Overall, Pai and TPG are said to be investing Rs 3,900 crore into Manipal Hospitals in order to complete the buyouts. The entire deal-making process is expected to be completed by the fourth quarter of fiscal 2019 and is subject to approvals from the Securities and Exchange Board of India (Sebi), Indian stock exchanges, Competition Commission of India, and the National Company Law Tribunal.

The Fortis buy also marks the young billionaire’s biggest deal-making exercise, after having raised about $700 million in private equity for his group, Manipal Education and Medical Group (MEMG), through 16 rounds of funding between 2006 and 2017. In the same timeframe, he has provided 14 exit rounds to a slew of investors, including NR Narayana Murthy, who are known to have exited with an average return of over 20 percent.

Over the last 17 years, Pai has built MEMG into a multi-billion-dollar business empire. As on March 28, Pai has a personal net worth of $1.89 billion, according to Forbes. Despite operating in two highly regulated sectors—health care and education—Pai has managed to expand his businesses both in the domestic and overseas markets.

In 2000, when he launched MEMG, he had taken a bold step to corporatise his family’s business—which ran the university and a few hospitals—in a bid to attract growth capital and scale the businesses. At present, MEMG operates across three major business verticals: Education, health care and facility management for educational institutions, hospitals and corporate houses.

The education vertical, which accounts for about 60 percent of MEMG’s business, is split into two divisions: Manipal University, which functions as a self-financing, but not-for-profit deemed university, and Manipal Universal Learning, a commercial venture which operates colleges in Malaysia, Antigua, Dubai and Nepal. The latter is what Pai personally spearheads, while his father Ramdas Pai continues to lead Manipal University. In addition, Ranjan Pai runs a stem cell research company, Stempeutics Research, which focuses on the field of regenerative medicines.

Since 2011, Pai has donned the hat of an investor through his proprietary fund Aarin Capital, which has so far infused $80 million into over 30 startups and other venture funds in India and abroad.