Regulators have doubts about Facebook's cryptocurrency—as do its partners

Companies are hesitant to associate themselves too closely with the Libra project because of Facebook's issues with regulators around the world, the company's shaky track record on privacy and how it treats corporate partners, and the uncertain legality of cryptocurrencies 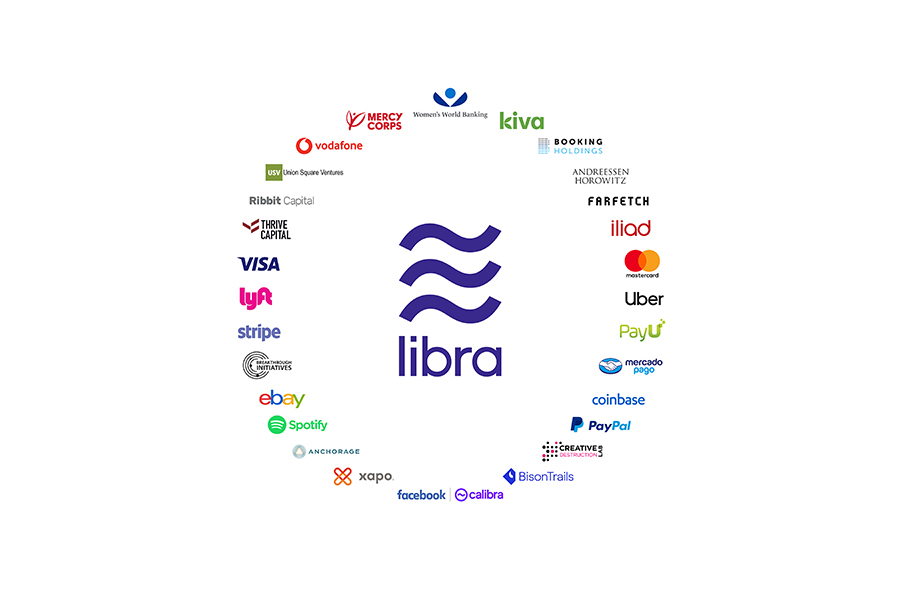 In an image provided by Libra Association, the 27 partners that signed on for Facebook's Libra cryptocurrency project. Some of those partners are approaching Libra warily and signed non-binding agreements to join the effort partly because they knew they weren’t obliged to use or promote the digital token and could easily back out if they didn’t like where it was going.
Image: Libra Association via The New York Times

SAN FRANCISCO — One of the biggest selling points of Facebook’s ambitious plans for its new cryptocurrency, Libra, was that the social media company had 27 partners, including prominent outfits like Visa, Mastercard and Uber, helping out on the project. But some of those partners are approaching Libra warily. They signed nonbinding agreements to join the effort partly because they knew they weren’t obliged to use or promote the digital token and could easily back out if they didn’t like where it was going, said executives at seven of those companies, who spoke on the condition of anonymity because of the sensitivity of the negotiations. The doubts among Facebook’s partners add to a growing list of challenges for Libra, a new digital token that Facebook executives hope will one day become the foundation for a new kind of online financial industry. Companies are hesitant to associate themselves too closely with the Libra project because of Facebook’s issues with regulators around the world, the company’s shaky track record on privacy and how it treats corporate partners, and the uncertain legality of cryptocurrencies. Though it was announced just a week ago, the Libra effort has already drawn scrutiny in Washington. Rep. Maxine Waters, D-Calif., the chairwoman of the House Financial Services Committee, quickly scheduled hearings to examine Libra and told Facebook to stop development of the project until big questions are answered. The House hearing is set for July 17. The Senate is expected to hold a hearing on the same issue the day before. Jerome H. Powell, chairman of the Federal Reserve, said Tuesday that the central bank would be looking at Libra “very carefully” given its potential scale. “I think that our expectations from a consumer protection standpoint, from a regulatory standpoint, are going to be very, very high,” Powell said at an event at the Council on Foreign Relations in New York. European regulators have also asked for more details about the project. Facebook said the 27 partners that it announced last week were giving at least $10 million and joining an association that would govern the Libra cryptocurrency, which is set to be introduced next year. But no money has changed hands so far. A number of partners said they would decide whether to join the association and make the payment after there is more clarity on how Libra will work, the executives from the seven companies said. A Facebook spokeswoman, Elka Looks, said in a statement that the company plans “to engage in healthy dialogue and debate with our fellow founding members, and to welcoming additional members over the coming months.” “We know this will take time and it won’t be easy, but together we will be able to make the Libra mission a reality,” Looks said. A spokesman for the Libra Association, Dante Disparte, said that since the announcement last week, the association has heard from a flood of companies interested in being members. He said the association, which will manage Libra, will most likely have a waiting list for those wanting to be among the 100 initial members it hopes to start with next year. Facebook had hoped its partners could help Libra handle some of the critics and give the project some distance from the social networking giant and its recent legal problems. But even before the project began, potential partners has their own concerns. Facebook approached a number of big financial companies, including Goldman Sachs, JPMorgan Chase and Fidelity, about participating in the project, according to two people briefed on the discussions. The financial companies declined to join, in part because of regulatory questions about cryptocurrencies, the people said. Press officers for the banks all declined to comment. A spokeswoman for Fidelity said the company was continuing to monitor the project. Facebook did manage to sign up two big credit card companies, Visa and Mastercard, as partners. But Mastercard was one of the last companies to commit, according to documents shared with other partners that were described to The New York Times. If Libra succeeds at one of its goals — reducing the cost of making digital payments — it could pose a challenge to partners like Mastercard, Visa, Stripe and PayPal. But executives at the payment companies said that rather than staying away from Libra, they wanted to have a role in its creation. Partners like Uber or Spotify, which could benefit from lower credit card fees, were more enthusiastic. The largest American cryptocurrency company, Coinbase, was one of Libra’s 27 initial partners. But when the partnership was announced internally, several Coinbase employees expressed concern about their company joining forces with a giant company like Facebook with a spotty record on issues that matter to cryptocurrency fans, like privacy, according to two company employees. A spokeswoman for Coinbase declined to comment. Joe Lallouz, the chief executive of Bison Trails, another cryptocurrency company that joined Libra as a partner, said he was also skeptical when Facebook approached him. “My initial reaction was: ‘You don’t have the best track record from a data privacy perspective,’ ” Lallouz said after the announcement. “Facebook’s reputation around data privacy and being trustworthy is against the crypto ethos.” But Lallouz said Facebook had shown that it was serious about protecting the privacy of its users, in part by ensuring that it does not have too much control over the project. Facebook executives said the design of Libra was inspired by the decentralized structure of bitcoin, with governance given over to the association, in which Facebook will only have one vote out of a potential 100 partners. “Already, they are relinquishing control and ownership over this, which is huge,” Lallouz said.