The RBI lowered the repo rate by 25 basis points to 7.5 percent today morning 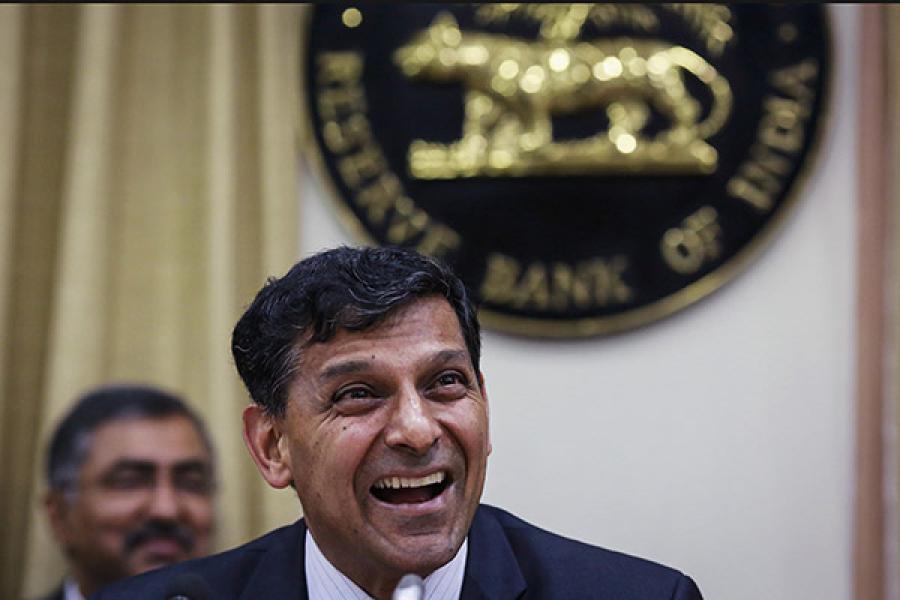 Image: Danish Siddqui / Reuters
RBI will aim to lower inflation to 4 percent with a band of 2 percent on either side, by the fiscal year ending March 2017

In a move seen to support the government’s push for economic growth, the Reserve Bank of India (RBI) cut interest rates for the second time in nearly two months.  The surprise move is also being viewed as a signal from RBI governor Raghuram Rajan of becoming more proactive.

The RBI lowered the repo rate by 25 basis points to 7.5 percent today morning, which was unexpected, coming well ahead of its scheduled policy meeting on April 7, and just four days after Finance Minister Arun Jaitley laid down the Union Budget, where he veered slightly from the fiscal consolidation path.

Previously, the RBI had announced an unscheduled rate cut on January 15 but kept rates on hold in its policy meeting on February 3. “It’s the RBI’s response to a good Budget, the direction the government is taking and that inflation was low,” said Abheek Barua, chief economist with HDFC Bank. Barua, however, was concerned about the timing of the latest rate cut, as it might sometimes dilute the importance of a policy meeting. “It is not that India is in the middle of an economic crisis and that something had to be done immediately,” he said.

Siddhartha Sanyal, chief India economist with Barclays Capital was surprised with the timing of the cut but said the move indicated the RBI was more certain about the trend in inflation. India’s consumer price index rose marginally in January to 5.1 percent while the wholesale price index showed deflation.

Ajay Bodke, head of investment strategy with brokerage firm Prabhudas Lilladher, called the latest rate cut an “unambiguous signal” to the markets that it is satisfied with the government’s commitment to medium-term fiscal consolidation plan.

Rajan explained the rational for the latest rate cut. “Softer readings on inflation are expected to come in through the first half of 2015-16 before firming up to below 6 per cent in the second half,” he said in a statement.

He added in the statement that the need to act outside the policy review cycle was prompted by two factors: First, while the next bi-monthly policy statement will be issued on April 7, the still-weak state of certain sectors of the economy as well as the global trend towards easing suggests that any policy action should be anticipatory once sufficient data support the policy stance. Second, with the release of the agreement on the monetary policy framework, it was appropriate for the RBI to offer guidance on how it will implement the mandate.

The government and the RBI have recently agreed on a monetary policy framework, which makes managing inflation a key function. As part of the move, the RBI will aim to lower inflation to 4 percent with a band of 2 percent on either side, by the fiscal year ending March 2017, a statement on Wednesday said.

Most economists have forecast two more rate cuts, possibly of 50-75 basis points, before the end of 2015.

Tweets by @forbesindia
Budget 2015 leaves many questions unanswered, raises new ones
Fine print: Ebooks yet to make inroads in the US