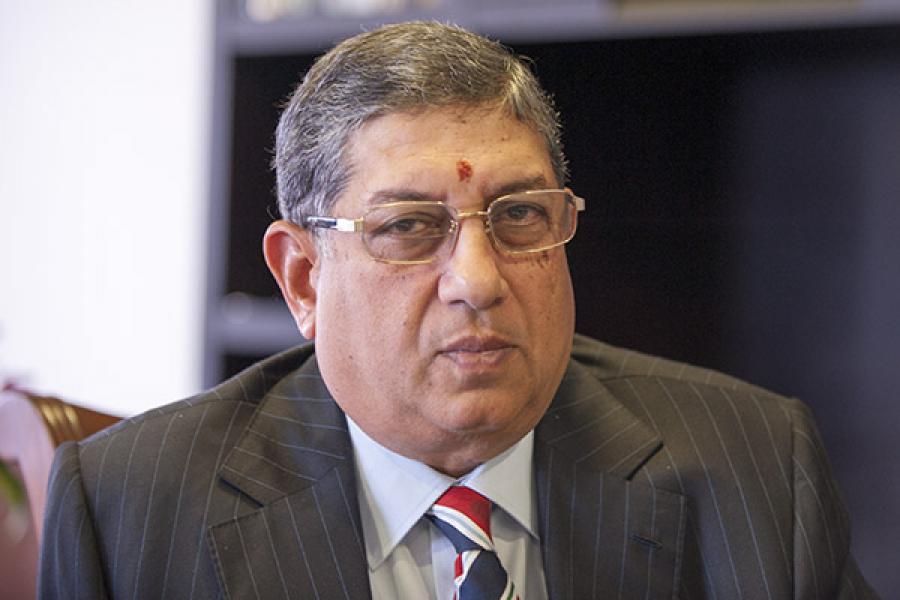 The recent Supreme Court judgment has put N Srinivasan, the beleaguered president of the Board of Control for Cricket in India (BCCI), in a spot. The apex court upheld that there was conflict of interest by virtue of him being the BCCI chief and owning an IPL franchisee, Chennai Super Kings (CSK), through Indian Cements, a company he manages. Srinivasan was asked to choose one of the two if he wanted to contest the BCCI polls, scheduled for March 2.

According to media reports, the BCCI chief is keen to contest the polls to teach his detractors a lesson. The Supreme Court’s clean chit to him on issues involving betting only emboldened him. There is also strong support for him within the BCCI. The only thing that stands between him and the BCCI elections now is the conflict of interest issue.

Recent reports suggested that Srinivasan may resign as vice chairman and managing director of India Cements. That is a laughable proposition as those who know the BCCI strongman’s passion for cement and India Cements will agree. The easiest way, of course, is to sell CSK. This option gained significant traction with names of many potential buyers, including tyre major MRF, doing the rounds.

This in no way resolves the conflict of interest issue. Srinivasan will also get shares of CSKCL by virtue of his holdings in India Cements. But the move, it appears, is the first step by Srinivasan towards finding an equitable solution. Had India Cements sold CSK, Srinivasan would have been accused of selling an investment (CSK is without doubt one of the best IPL franchisees) which was yet to achieve its full valuation for satisfying his personal aspiration of becoming BCCI president again.

By allotting shares of CSK to the shareholders of CSKCL, the franchisee stays with them. Srinivasan will now have to decide what he will do with his stake in CSKCL to deal with the conflict of interest issue. That will be known in due course. Decisions such as the capital base of CSKCL, share allotment ratio, board composition, management team and listing of CSKCL in the bourses would also have to be made. For now, the stock markets have welcomed the move. India Cements’ stock price has risen sharply since the announcement. Srinivasan’s next move will be closely watched.

Tweets by @forbesindia
Prerna Sharma: The scientist of small things
Kidambi Srikanth: The third Indian man to break into the top 5 in world badminton