The talking point: Incremental or big bang reforms for India?

Top brains argue on what's best for the country's economy 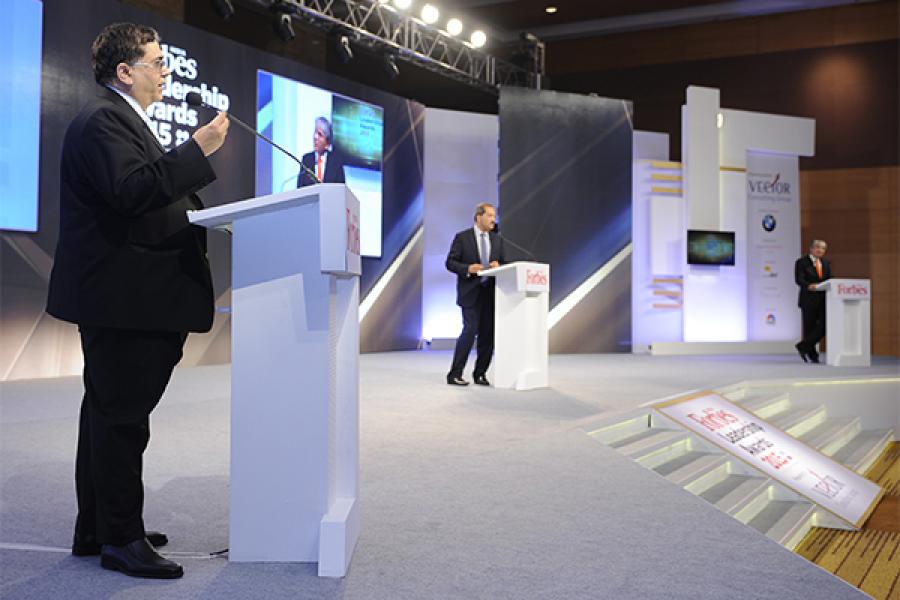 Incremental reforms or big bang reforms - what does India need? For policymakers and pundits that has been a vexing question.

For, if you want rapid transformation growth, reforms must ideally be big bang. But if you'd like to muddle along at a slower pace of growth, incremental reforms are the way to go.

Cyril Shroff, managing partner at Cyril Amarchand Mangaldas, presented a well-argued case for big bang reforms in an Oxford-style debate during the 2015 Forbes India Leadership Awards in Mumbai on Wednesday. Opposing him was Manish Sabharwal, chairman of TeamLease Services, who said implementation of incremental reforms targeted at specific regions of a country as diverse as India was the best way forward.

“While there is no doubt that India has achieved a lot as a services economy, if India is to become a manufacturing powerhouse, it can only be achieved through big bang reforms," Shroff argued. And such reform is needed not just with commercial laws, it is needed with labour laws and with how the courts function. Being on the receiving end of a slow judiciary, Shroff argued, "How will people invest if enforcing a contract is so hard?

Sabharwal argued in favour of a hundred small steps rather than one giant leap. "The idea of big bang reforms is incompatible with a country like India. Its labour markets are so different, why not have state-level labour reforms instead?” he asked.

He eloquently made the point that in the last year, India had a lot more labour reforms than in the last six decades. “Our provident fund rules have changed, the tyranny of the inspector raj reduced and the process of filling forms while starting a business has been digitised,” Sabharwal said. He also cited examples of countries that have adopted big leaps only to flounder - for instance, in Pakistan, every military coup is referred to as transformational, but after a few years, the country is exactly where it was before the coup, he pointed out.

India, he argued, is a lot better off with state governments working on reforming their procedures, albeit gradually, rather than the centre dictating a one-size-fits-all approach.

At the end, the audience cast their vote. The result: An almost even split with 52 percent supporting big bang reforms and 48 percent in favour of incremental reforms.

Tweets by @forbesindia
FILA 2015: Raising a toast to leadership
India a good boy in a bad world: Uday Kotak