This Estonian startup has become a thorn in Uber's side 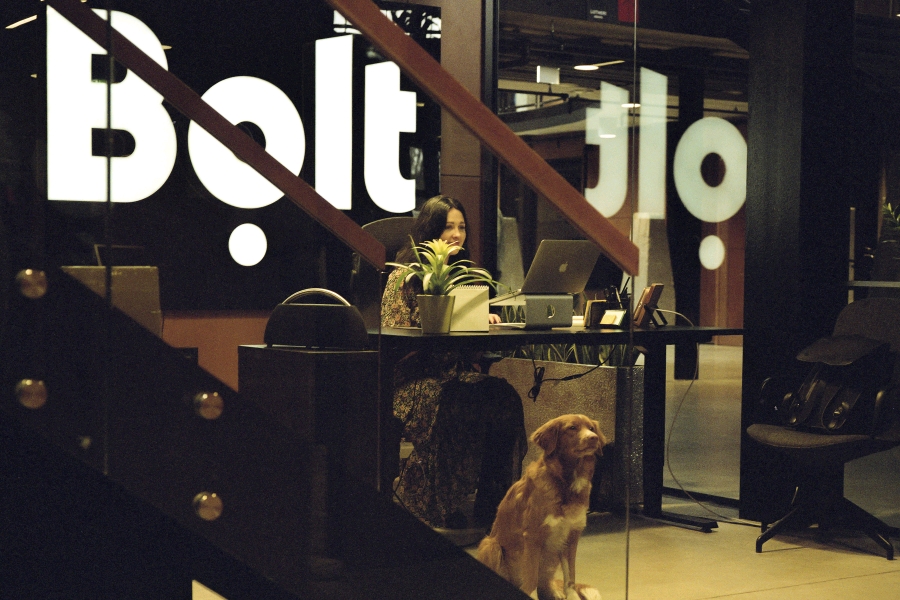 TALLINN, Estonia — Uber used to dominate ride-hailing in Poland and Kenya. Over the past two years, that started to change.
In Poland, a small competitor opened a rival service and began winning customers with cheaper fares and attracting drivers by charging lower commissions. In Kenya, that same upstart grabbed business by offering motorbike rides and letting passengers pay using a popular mobile payments provider. In both countries, Uber responded by spending more money on new incentives to entice customers and drivers. The rival that put Uber on the defensive is called Bolt. Based in Estonia, it was founded six years ago by a 19-year-old college dropout, Markus Villig. Since then, the company has turned into an unexpected success story by becoming Uber’s most formidable challenger in Europe and Africa. “Transportation is a completely different space,” Villig, now 25, said at Bolt’s offices inside a former furniture warehouse in Estonia’s capital. “You will have these regional champions.” He added that Uber did not make Eastern Europe and Africa a priority because “they have bigger battles elsewhere.” Bolt is an example of a troublesome trend for Uber, the world’s largest ride-hailing company, which is set to go public next month at a valuation of as much as $100 billion. Everywhere Uber turns, a conveyor belt of new antagonists keeps emerging around the globe. In India, Uber is battling a service called Ola. In Brazil, it is dueling Didi Chuxing, a Chinese company that bought the local ride-hailing operator 99 last year. (Uber owns a stake in Didi.) And newfangled transportation companies, such as electric scooter providers, have popped up. 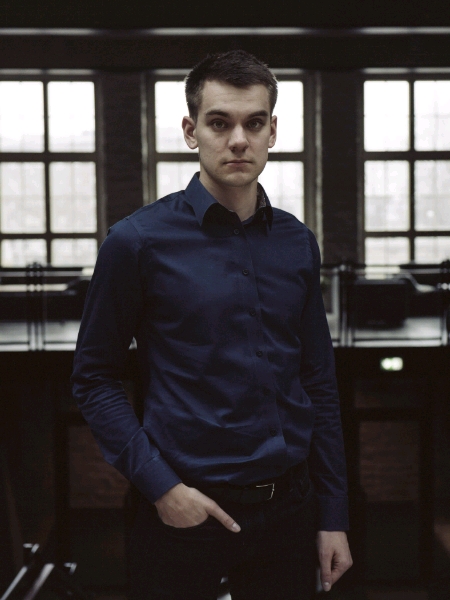 The multifront battle means that Uber, which is already spending billions of dollars to compete in 700 cities around the world, cannot afford to relax and cut back on costs as its opponents chip away at its growth. The company, which lost about $1.8 billion and spent about $14.3 billion last year, is set to continue losing money for the foreseeable future. That may be compounded as Uber’s rivals become more aggressive. Bolt is now planning to confront Uber in one of its most lucrative cities: London. The smaller firm is reapplying for a taxi license to operate in the British capital after regulators there rebuffed it in 2017. A prolonged battle in London, which is Uber’s biggest market in Europe and one of the few places it has been profitable, could be financially bruising. “The problem that Uber or any other incumbent faces is that the barriers to entry are very small,” said Bob Hancké, an associate professor of political economy at the London School of Economics. Hancké said that ride-hailing customers were fickle and that companies were largely battling over recruiting passengers and drivers. “Can they out-recruit Uber and can they charge a lower price? That’s the big question,” he said. Uber declined to comment. The company has retreated from some highly competitive markets, including China, Southeast Asia and Russia. In the Middle East, it recently bought Careem, the biggest competitor, for $3.1 billion. But Uber has also argued that ride-hailing is a battle of attrition and that it can outlast rivals. “Our scale and platform provide us with important advantages,” it said in its public offering prospectus this month. 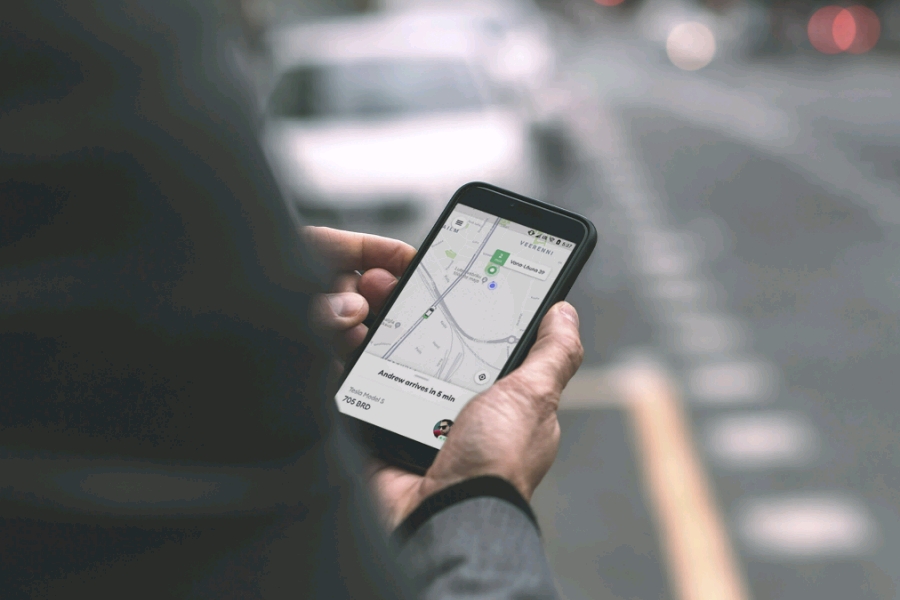 A photo provided by Bolt of the app.
Image: Bolt via The New York Times

If Bolt appears as if it came out of nowhere, that is partly because the company — and its founder — were under the radar for years. Villig grew up on Saaremaa, a sparsely populated island in the Baltic Sea, and moved to the capital, Tallinn, when he was 7. By age 10, he said, he knew he wanted a career in technology. In high school, he built websites for local businesses. Villig drew inspiration from the success of Skype, the internet-calling service now owned by Microsoft, whose original engineering team was in Estonia. One member of that team was Villig’s older brother, Martin, who now works at Bolt. In 2013, Villig started Bolt, initially named Taxify, after dropping out of college and mustering the courage to ask his parents to let him use the few thousand euros that had been saved for his tuition. He had been frustrated by Estonia’s taxi service and didn’t expect Uber to become available anytime soon in a country that some Americans cannot find on a map. (Estonia is west of Russia, south of Finland.) Raising money from his parents turned out to be easier than persuading venture capitalists to invest in Taxify. A few local investors, including alumni from Skype, ultimately backed the new firm. But Villig was rejected by dozens of others who figured Uber would squash him. “It was just a taxi app in Tallinn; you couldn’t see it was going to be big,” said Rain Rannu, an investor in Estonia who was one of the first to put money into Bolt. As for Villig, Rannu said, “he was just out of high school.” Bolt focused on working with taxi companies before switching to a business more like Uber’s: offering rides through a smartphone app and using unlicensed drivers. The company homed in on markets in Eastern Europe, the Baltics and Africa where Villig felt Uber wasn’t making a big effort. The company struggled until business in Africa began to grow. The continent now makes up about half of Bolt’s business. Today, Bolt operates in more than 100 cities and 30 countries. It opened in Sweden, Croatia and Finland in the past six months, and will soon be available in Russia. More than 25 million passengers have used Bolt to take a ride since it was rolled out. Villig said raising money for Bolt had been difficult: He pulled together less than $5 million over the company’s first five years, while Uber has raised more than $24 billion. Then last year, investors including the carmaker Daimler and China’s Didi put $175 million into Bolt. It is now working on a new round of funding. Bolt’s long-term success is far from assured. Like Uber and Lyft, it loses money. For every $10 it makes in fares, Bolt loses about $1 because of the cost of expanding to new markets and offering incentives to riders and drivers, Villig said. But that is less than Uber and Lyft, he added. He said Bolt was on a pace to have more than $1 billion in total bookings this year and could break even if it slowed down its expansion plans. He hopes to take the company public in three to five years. Bolt also is more frugal than Uber, Villig said. The company spends about half as much on an engineer who works in its offices in Estonia and Romania than it would in California, he calculated. The company also saves money by forgoing a large research department. Instead, it posts Facebook ads for drivers to help it decide which cities to open in. Bolt focuses on areas that get big responses. The company keeps most support operations centralized in Estonia and hires just three to five employees in each country it operates. And Villig said he had no interest in spending on autonomous vehicles. Even so, Bolt faces challenges. Uber has vanquished many rivals and will add as much as $10 billion to its coffers from its initial public offering. Bolt also has many of the same labor and regulatory challenges that Uber has grappled with over the past decade. In Africa, payment fraud has been a consistent problem. Yet Villig said that even if Bolt disappeared, new rivals to Uber would emerge. Uber’s “becoming more dominant is not going to happen,” he said. “There isn’t any geography in the world where they will have a monopoly.”

Tweets by @forbes_india
Name, Game and IPL: How Taproot Dentsu hit the bull's eye with its first IPL campaign
Why has Australia fallen out of love with immigration?