Those who can will make money in aviation: Air Pegasus MD 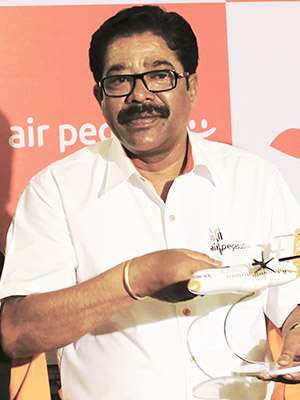 
Q. What made you launch Air Pegasus?
My airport ground handling services company Decor Aviation, which started as a side business in 1998, has grown from 60 employees to 800 at present. The company has operations across 13 airports in south India. The team handles all kinds of services at an airport such as ticketing, baggage handling, checking in passengers and ferrying them to the aircraft. In addition, we have ground support equipment like tractors, trolleys and step-ladders that service an aircraft between flights. Since I had all the required staff (except for the flight crew) and airport infrastructure, I thought why not start an airline of my own.

Q. Why did you choose to be a regional airline?
All the Indian airlines have neglected regional air connectivity. Everybody is committing to routes like Bengaluru to Delhi, Mumbai to Kolkata, neglecting the demand that exists in non-metro cities. For example, at least 200 people are looking to fly between Coimbatore and Tuticorin. I see great potential and profit in connecting Coimbatore to Tirupati and Bengaluru to Puducherry. I want to start operations between Bengaluru and Rajahmundry, a route on which no airline operates. Besides, after the exit of Air Deccan, there exists a vacuum in air connectivity to smaller cities.

Q. Do you think you can be profitable by charging Rs 2,500 per ticket?
We can break even if the average ticket cost is Rs 2,500. Of course, we will be better off with an average yield of Rs 3,000 per ticket. Besides, given the aircraft we operate (an ATR 72, which can seat between 68 and 70 passengers), we can achieve an occupancy rate of 85 percent. 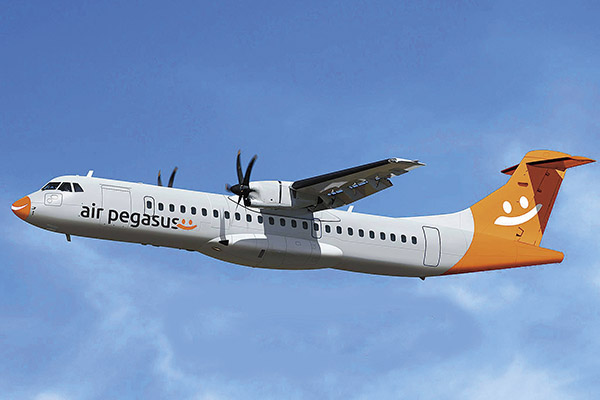 Q. Decor has serviced customers like Air Deccan, Air Sahara, Kingfisher Airlines and Paramount Airways. You know how these airlines ran their businesses. What then have you learnt not to do, in order to survive and grow?
It all depends on the person who’s driving the company. To operate in this industry, a fair amount of knowledge is required. Many people start an airline with the short-sighted vision of running it till its valuation increases. Then they look to sell it. My vision is to build Air Pegasus and pass the business on to my son, who will hand it over to the next generation in the family. The airline industry has to survive given that India has a population of 1.3 billion and 67 operational airports. Those who can will make money in this industry.

Q. What is your growth plan for the next five years?
In the next five years, I will have a fleet of 20 aircraft (from two now) that would service the southern region. We also have plans to branch out to other regions by setting up hubs in the east, west and north. In three years, we might start our eastern operations with Kolkata as the base.

Tweets by @forbesindia
Why India is no match for South Korea
Greek crisis: Pensioners left in the lurch