Trump, who had agreed in June not to impose more tariffs while the two sides tried to reach a trade deal, said on Twitter that a new round of tariffs would go into effect Sept. 1, escalating the trade war further 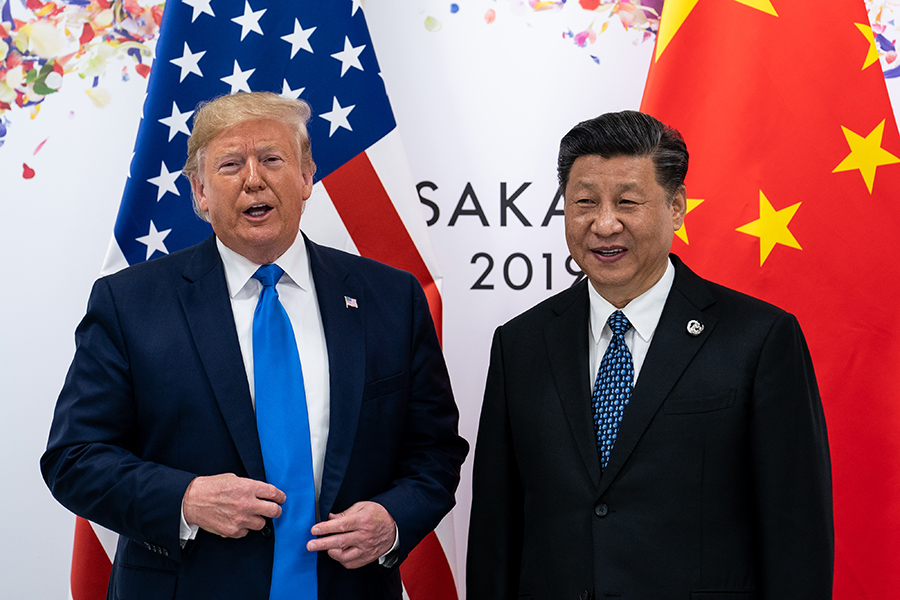 FILE-- President Donald Trump and President Xi Jinping of China at the G-20 Summit in Osaka, Japan, June 29, 2019. Trump, frustrated by increasingly fruitless negotiations with China, said on Aug. 1 that the U.S. would impose a 10 percent tariff on an additional $300 billion worth of Chinese imports next month, a significant escalation in a trade war that has dragged on for more than a year. (Erin Schaff/The New York Times)

WASHINGTON — President Donald Trump escalated his trade war with China on Thursday, saying that the United States would impose a 10% tariff on an additional $300 billion worth of Chinese imports after China failed to keep its promise to buy more American agricultural products.

Trump, who had agreed in June not to impose more tariffs while the two sides tried to reach a trade deal, said on Twitter that the new tariffs would go into effect Sept. 1. Those new levies would be in addition to the 25% tariff that has already been imposed on $250 billion of imports and would essentially tax all Chinese products sent into the United States.

The latest round of tariffs, which will likely be met with reciprocal punishment by China, increases the likelihood that the world’s two largest economies will be locked in a protracted trade dispute for months, if not years. While both sides continue to negotiate, the United States has insisted that China agree to trade terms that it rejected in May, including cementing certain changes into Chinese law. Beijing has made clear that is unlikely to happen and has increasingly insisted it can wait out the trade war indefinitely. Trump, meanwhile, seems content to rattle the U.S. economy, despite the economic and political consequences.

“We thought we had a deal with China three months ago, but sadly, China decided to renegotiate the deal prior to signing,” Trump said. “More recently, China agreed to buy agricultural product from the U.S. in large quantities, but did not do so.”

Trump said that China also did not fulfill its commitment to stop the sale of fentanyl into the United States.

The president’s comments hammered the stock market. The S&P 500 had been up 1% shortly before 1 p.m., with strong gains seen among technology companies such as semiconductor makers. But the market tumbled sharply after the threat to impose the new tariffs appeared on Twitter. The drop erased all the day’s gains and more, sending the benchmark stock index into the red. Shortly before 3 p.m. the S&P 500 was down slightly more than 1%.

Tweets by @forbes_india
India's Best Employers: The new 'I's in the organisation
The man who faked cancer for years to raise money