In its first acquisition in India, San Francisco-based Twitter Inc has acquired its product partner ZipDial -- a Bangalore based mobile marketing and analytics start-up. While financial terms of the transaction were not disclosed, an earlier report carried by technology website TechCrunch, based on anonymous sources, pegged the acquisition at around $30 million to $40 million. 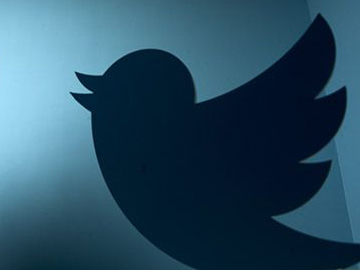 This acquisition significantly increases Twitter’s investment in India, one of the countries where the company is seeing rapid growth. The acquisition also brings Twitter a new engineering office in tech capital Bangalore.

Founded in 2010, ZipDial offers its clients with phone numbers for use in marketing campaigns. Consumers can call on these numbers and hang up before getting connecting (missed calls). This ensures that consumers don’t incur any charges and will rather receive promotion-related text messages.  These interactions are especially appealing in areas where people aren’t always connected to data or only access data through intermittent Wi-Fi networks.

"Over the next several years, billions of people will come online for the first time in countries like Brazil, India and Indonesia. For many, their first online experience will be on a mobile device – but the cost of data may prevent them from experiencing the true power of the Internet. Twitter, in partnership with ZipDial, can make great content more accessible to everyone,” says Christian Oestlien, VP of Product, Twitter.
ZipDial’s platform has engaged nearly 60 million users with hundreds of marketer clients, including the world’s leading brands and media companies. The platform’s unique model of engaging users even when they are ‘offline’ has enabled ZipDial to personalize the experience and content in ways that are not possible on traditional online platforms.

“More than half of the world’s population live in emerging and newly developed markets and these consumers use their mobile phones differently. We build for them. ZipDial’s innovative platform has already scaled across South Asia, Southeast Asia and Africa, where we operate,” says Valerie Wagoner, founder and chef executive, ZipDial.

Over the past two years, ZipDial and Twitter have collaborated on a variety of campaigns, including the Indian elections, Bollywood film promotions and @MTVIndia’s ‘#RockTheVote -- Dial the Hashtag’ campaign.

“In India, our primary mission which is bolstered by this acquisition, is to help every Indian with a mobile device to enjoy a great, relevant Twitter experience. We believe Twitter – a platform invented for SMS and rich in media – is a perfect match for India, a mobile-first country with a celebrated media heritage,” says Rishi Jaitly, market director, India and Southeast Asia, Twitter.