Uber offers a rare window into its safety records, choosing to be transparent about cataloging sexual assaults, murders and crash fatalities as it has faced growing pressure over these issues 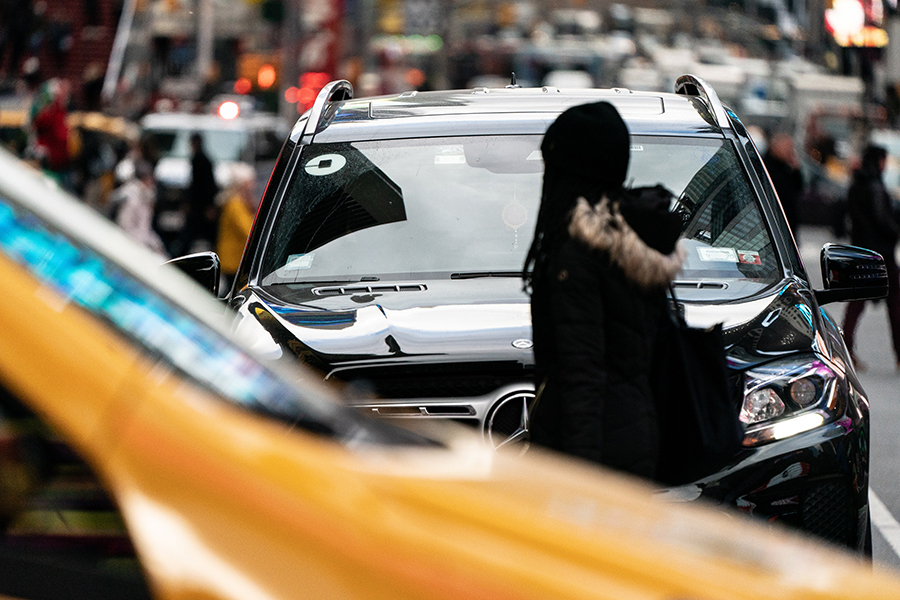 A vehicle with Uber signage in the windshield in New York on Dec. 5, 2019. In its first safety report, the ride-hailing company detailed sexual assaults, murders and fatal crashes through its platform.
Image: Jeenah Moon/The New York Times

SAN FRANCISCO — Uber said Thursday that it had reports of 3,045 people in the United States being sexually assaulted during its rides in 2018, with nine murdered and 58 killed in crashes, in its first study detailing unsafe incidents on the ride-hailing platform.

The number of incidents represented a fraction — just 0.0002% — of Uber’s 1.3 billion rides in the United States last year, the company said.

There are few comparable figures to judge Uber’s safety record against. The New York Police Department, which keeps a register of sex crimes and rapes that occur on transit systems, counted 533 incidents in 2018.

But even one of Uber’s top executives said that what the company had found was difficult to stomach.

“The numbers are jarring and hard to digest,” Tony West, Uber’s chief legal officer, said in an interview. “What it says is that Uber is a reflection of the society it serves.”

Safety has been a long-running Achilles’ heel for ride-hailing companies, which depend on a large volume of people wanting to use their service. Uber chose to be transparent about cataloging instances of sexual assaults, murders and crash fatalities as it has faced growing pressure over these issues.

Many ride-hailing companies initially allowed almost anyone with a car to become a driver without the screening and licenses required in the taxi industry. Reports of sexual assault and murders from ride-hailing trips have since become a regular occurrence. Many of the companies now face a growing number of lawsuits over safety incidents.

In 2017, a woman who was raped by her Uber driver in India sued the company and its executives for obtaining and mishandling her medical records; she later settled for an undisclosed sum. This week, 19 women joined a lawsuit against Lyft, saying they had been sexually assaulted during rides arranged by the company.

In response, Uber and others have introduced more safety features and procedures in recent years. Uber has rolled out automated technology to regularly check drivers’ driving records and criminal history. Since 2018, it said, it has deactivated 40,000 drivers in the United States after they failed the checks made by the automated technology.

Lyft, in a statement about the lawsuit this week, said it was “continuously investing in new features and policies to protect our riders and drivers.”

“All of those steps are starters because these ride-hailing companies have been abjectly failing in their duty to protect against predators or criminals,” he said.

The report is being issued as Uber and Lyft struggle financially. Both companies staged prominent initial public stock offerings this year that went on to disappoint Wall Street. The companies are also losing enormous sums of money because of the continuous expense of attracting drivers and passengers. Last month, Uber posted a quarterly loss of $1.2 billion.

The report did not give a comprehensive picture of safety across Uber’s operations. It focused solely on the United States and provided no information on the 65 other countries where Uber offers its services.

In Brazil, India and elsewhere, murders and assaults stemming from ride-hailing services have been widely reported. Didi Chuxing, a ride-hailing service in China, suspended some of its services and fired executives last year after a female passenger was raped and killed.

Still, Uber’s report establishes a benchmark for safety in an industry where such data has been scarce.

The report covered both the safety of riders and of Uber drivers. Drivers, passengers and third parties were all murdered. In cases of rape, Uber said that 92% of the reported victims were riders. But drivers reported other types of sexual assaults at roughly the same rate as riders, Uber said.

The company was not specific in its report about who the perpetrators of the incidents were.

In its sexual assault findings, Uber said it cataloged 2,936 incidents in 2017 and 3,045 in 2018, ranging from unwanted kissing of what it called a “nonsexual body part” to attempted rape and rape. The largest category was of nonconsensual touching of a “sexual body part” like someone’s mouth or genitals.

The number of fatal crashes related to Uber trips was 49 in 2017 and 58 in 2018. The statistics included collisions that occurred outside Uber vehicles, such as when a passenger was struck after exiting a ride, and crashes in which Uber drivers were not at fault.

Uber disclosed 10 murders in 2017 and nine in 2018. Over that period, seven drivers were killed, eight were passengers, and four were third parties, like bystanders outside the Uber vehicles, the company said.

Throughout its report, Uber emphasized that 99.9% of its trips were safe and that it was taking an unusual step by releasing the data in the first place. Sexual violence experts agreed that publishing the numbers was an important step in combating abuse across the industry.

“That a company is willing to peel back the drapes and let us look into what is happening is, to me, the success,” said Cindy Southworth, executive vice president of the National Network to End Domestic Violence and a member of Uber’s safety advisory board, which looks at safety issues.

Uber began studying the issue of sexual assault in late 2017 under its then-new chief executive, Dara Khosrowshahi. He recruited West, a former Justice Department official, to the company and asked him to review cases of sexual harassment and assault among Uber rides that year.

Over the next 21 months, Uber trained its staff to filter reports from riders and drivers globally into 21 categories, such as nonconsensual sexual penetration, leering and unwelcome comments about a person’s appearance. The company also worked with safety organizations such as the National Sexual Violence Resource Center.

Uber ultimately narrowed the scope of its report to five categories and concentrated on the United States.

West said Uber had more work to do. The company has tripled the size of its safety team since 2017, to 300 employees, and plans to continue expanding it. Next year, it plans to launch a support hotline in partnership with the Rape, Abuse and Incest National Network, a nonprofit that works against sexual violence.

West said Uber would also share information with other ride-hailing companies about drivers it thinks have committed an assault, though he did not present a timeline for doing so.

“There is no law, regulation or lawsuit that is forcing Uber to make this data available,” he said. “We are doing this, frankly, because the public has a right to know.”

Tweets by @forbesindia
Ten interesting things we read this week
Saudi Aramco to raise $25.6 billion in biggest IPO ever