Uday Kotak: The opportunity in Indian finance business is enormous

While the Indian banking sector is still facing tough times, Kotak Mahindra Bank's merger with ING Vysya will help them expand their presence across India 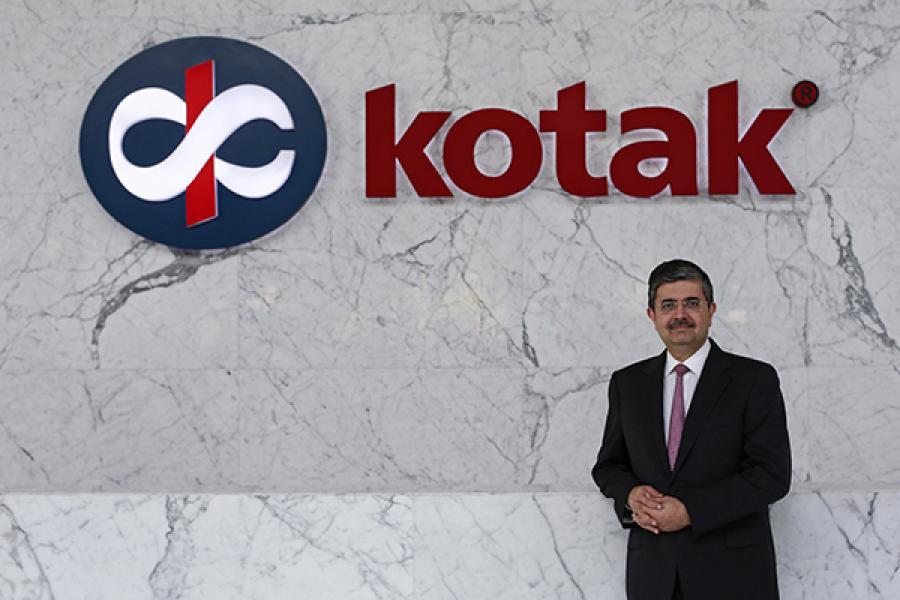 Kotak Mahindra Bank listed its new shares at the stock exchanges today after the merger with ING Vysya Bank, which was announced last year and completed on April 1. Uday Kotak, executive vice-chairman and managing director of Kotak Mahindra Bank, spoke to Forbes India about the bank’s strategy for growth as it gets bolder and better.

Kotak outlined the path to strategic growth which it has taken in the past six months and the challenges ahead.

“To understand our mantra of [a bolder bank], you have to look at our actions over the last six months - we had announced our merger with ING, taken a 15 percent stake in multi-commodity exchange (MCX), we bought PineBridge’s mutual fund business, announced that we are getting into general insurance and also tied up with Bharti Airtel for a payments bank licence. So we genuinely believe that the opportunity in Indian finance business is enormous."

The merger of ING Vysya with Kotak Mahindra propels the latter into the top ranks of India’s private lenders at number 4. The combined entity will have assets of $32 billion and a network of more than 1,250 branches and 1,900 ATMs across the country.

Kotak Mahindra Bank will, with this merger, get a strong presence in Southern India, particularly in the states of Karnataka and Andhra Pradesh. Kotak Bank has most of its branches in West and North India. Its strength is in corporate and retail banking while in ING Vysya’s case; it is in small and medium enterprise business (SMEs) operations, which will complement Kotak.

Analysts say one of the biggest challenges with the merger will be the integration of the two entities and different work cultures. But Kotak dismissed any such concerns. “I think about it as a joint family, mergers are exciting and challenging,” Kotak said, who has grown up in a joint family of 60 people with one kitchen.

“We think we will be able to evolve into one strong financial institution,” he said.

He explained the bank’s focus for growth: “It’s back to kona, kona for us [referring to their new ad campaign]. We can now go much deeper into India; can serve a lot more customers and offer a wide range of products like tractor loans, mutual funds, insurance and more to a larger customer base. I am a believer in deep India growth,” he added.

Kotak Mahindra Bank will continue to expand their presence across India. “But it will be more measured. You will not see us opening 10,000 branches. It will be rifle shot than a machine gun.”

Kotak has expanded at a time when the Indian banking sector is still undergoing tough times, where credit growth is yet to pick up and non-performing asset levels are high.

“I see huge scope for personal saving moving towards the financial sector, away from traditional avenues like gold and real estate. This gives us aspiration to get bold.” He explained that India’s industry structure has started to change. Currently 75 percent of Indian banking is state owned. Over the next 10 years, this will become 50:50, Kotak said.

The all-stock deal brings down the promoter shareholding in Kotak Mahindra Bank to 33.5 percent from the earlier 40 percent, with ING holding 6.5 percent stake. [There is an RBI deadline for Kotak’s promoters to bring down promoter stake to 30 percent by December 2016 and 20 percent by March 2018.]

Though the merger, in absolute terms, is complete, Kotak, practically described the merger process as one where “the tail is done, but the elephant is ahead.”