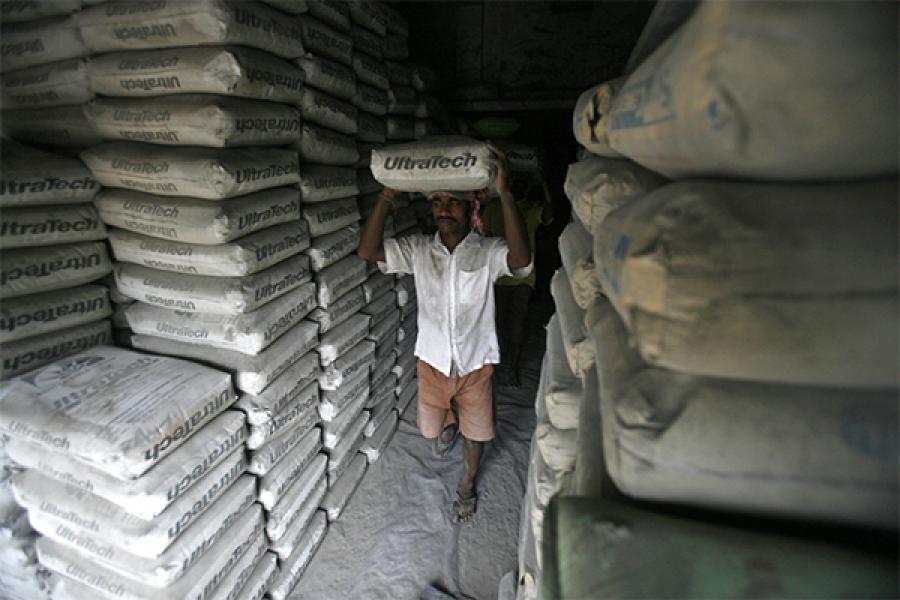 A 25 percent increase in operating margins despite a 2 percent fall in average realisation (per tonne of cement). The markets should be celebrating UltraTech Cement’s first quarter performance which saw one of India’s largest cement makers post a Rs 6,589.71 crore revenue (an increase of 4 percent) and a 29 percent jump in net profit to Rs 780.11 crore (Rs 603.92 crore). “The quarter witnessed improvement in operating costs on the back of operational efficiencies and a judicious power and fuel mix,” the company said. It also forecasted demand this year to improve by 7 percent. But the response from the stock markets has been relatively muted. The scrip which touched a 52 week high of Rs 3562 yesterday before the results were announced is today trading at Rs 3530 levels.

Is the market coming to terms with the possibility that UltraTech’s period of heady growth through large scale acquisitions is coming to an end? The company on July 4 agreed to buy Jaiprakash Associates’ 21.1 million tonne cement business for Rs 16,189 crore. This acquisition, expected to be completed in the next 12 months, will take UltraTech’s overall capacity to 91.10 million tonne (including overseas capacity).  Such a size with a strong presence in almost all regions of the country will see regulatory flags being raised for any major future acquisition. It is already happening. When asked by shareholders at the annual general meeting (AGM) yesterday as to why UltraTech did not bid for Lafarge’s 11 million tonne capacity (Nirma group acquired it earlier this month) Kumar Mangalam Birla, chairman of the company, attributed it to the regulatory restrictions.

It is probably to tone down the expectations of the shareholders and the market about future pace of acquisitions he made it clear that the company’s immediate priority is to consummate the Jaiprakash acquisition and leverage the synergies it offered in manufacturing, distribution and logistics. Birla emphasised that UltaTech is not planning any more acquisitions after Jaiprakash.

He also touched upon the restrictions the company will face going forward when it comes to inorganic growth. He said after Jaiprakash deal there will be regulatory restrictions (similar to what the company faced with respect to bidding for Lafarge capacity) in certain markets for capacity acquisition but added that there would still be some headroom in some other regions. It is a clear indication that while hunger for inorganic growth remains insatiated for UltraTech, opportunities to feed this hunger in India will remain low going forward.

Tweets by @forbes_india
Q1 Results: Wipro profit falls, joins rivals in signalling shift to digital services
Creativity is nice, but it only becomes innovation when put to use