Using 'behavioural nudges' rather than 'surgical strikes' to curb corruption 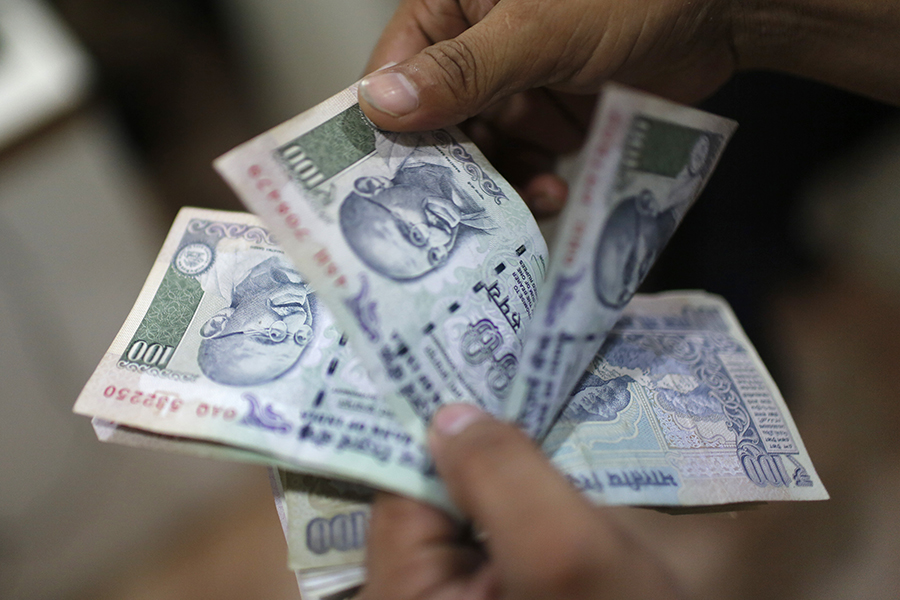 “I don’t care too much for money .. for money can’t buy me love”, crooned the Beatles more than 50 years ago. However, the problem is: people do care, not just for money and what it can or can’t buy, but also in what form it is held – as cash or as other near-money assets including bonds, gold etc. The latest attempt at demonetization as also the promise of more punitive measures to eradicate black money, exhibits a gross lack of understanding of the behavioural aspects of public policy problems.

BEHAVIORAL NUDGES AND BLACK MONEY
The behaviour of tax-evasion and the resulting shadow economy, conservatively estimated at 23.2 percent of the GDP by the World Bank in 2010, can be understood using the lens-view of behavioural principles including social proof, framing effects, reference dependence, loss-aversion and the Prospect Theory. From a layman perspective, the evasion of taxes can be related to a simple cost-benefit analysis where the costs of paying taxes outweighs their perceived benefits. Taxes then are seen in negative frames, and would require to be presented differently for people to react to them positively.

Further, the behavioural principle of social proof contends that people tend to look at and conform to their peers’ actions and behaviors as part of a larger social group. A large part of tax evasion in India can be attributed to the effect of multiple loopholes in the current tax system, which enhances the perception of ‘unfair and punitive taxes’ on the honest. Principles of social proof would posit removal of all tax exemptions on categories, such as agriculture income, seen as favouring the rich and dishonest.

Applying insights from psychology to the realm of public policy, the government can resort to ‘nudges’- a term used by Richard Thaler and Cass Sunstein - to reduce that part of unaccounted income which arises out of legal transactions, commonly referred to by the misnomer ‘black money’. Britain’s Nudge unit set up by David Cameron in 2010, and other such nudge teams established in Australia, Singapore, Germany and the United States have been working on nudges in matters of public policy with considerable success. The British Behavioural Insights team (BIT), for instance, found that inexpensive nudges in the form of stern letters reminding people that taxes fund public services helped to reduce late payments. In Singapore, it was found that the use of pink paper, typically used for debt collection, led to an improvement in the prompt payment rate of between three to five percentage points.

In India, policy makers could attempt nudges, which could be used to change the attitude of the Indian towards paying taxes, associating a patriotic value to tax payment and raising tax-payer utility from paying taxes rather than evading them. In a collectivist society like India, social proof nudges could extend to social validation for large groups (communities) who are seen as contributors to the tax exchequer in the form of appreciation certificates signed by the Prime Minister and even the RBI Governor. Such groups may be feted during significant national day celebrations such as Republic Day/Independence Day.

Personal nudges, which may serve as positive frames, may include providing life insurance and accident insurance covers to tax payers, providing tax exemptions for one year for people (and businesses) for every decade of regular taxes paid. Thus, the use of appropriate frames may change the perception of taxes and lead to more successful policy outcomes.

KICKING IN LOSS-AVERSION
The explanation of the collusion of senior bank officials with people wishing to indulge in money-laundering in the aftermath of the “demonetization” can be understood through the behavioural principle of reference dependence and loss-aversion. People would perceive any change in their status quo as a loss or a gain relative to a zero (or reference) point on their value scale. Further, people tend to “hate to lose more than they like to win”. Such loss-aversion leads to people willing to take up risks if they perceive significant losses. Moreover, as established by Daniel Kahneman and Amos Tversky in their work on Prospect Theory, people prefer to be risk-seekers when faced with losses of high probability.

In an economy with a 98% dependence on cash transactions, with ready availability and access to cash being the zero point, the move towards a cash-less economy would be viewed as a significant negative deviation from status quo, kicking in strong loss-aversion. Further, for the purveyors of black money faced with the prospects of high losses with high probability, high risk-seeking behaviour in the form of colluding with senior bank officials would seem perfectly natural.

For such behaviour to change, the government will need to change the perception of holding black money itself, such that dilution of such holdings will be treated as a positive deviation from status quo. This is easier said than done. However, to start with measures in the public policy domain, of which the demonetisation is just an example, need to be viewed as “behavioral nudges” rather than “surgical strikes” for them to have even a modicum of success.

Tulsi Jayakumar is a Professor of Economics and Program Head of the PGP-Family Managed Business Program at SP Jain Institute of Management & Research (Mumbai). Views expressed are personal.