The costs and benefits of supply chain transparency

Should firms be required to disclose the negative social impacts of their suppliers? A new study investigates that question from the perspective of investors 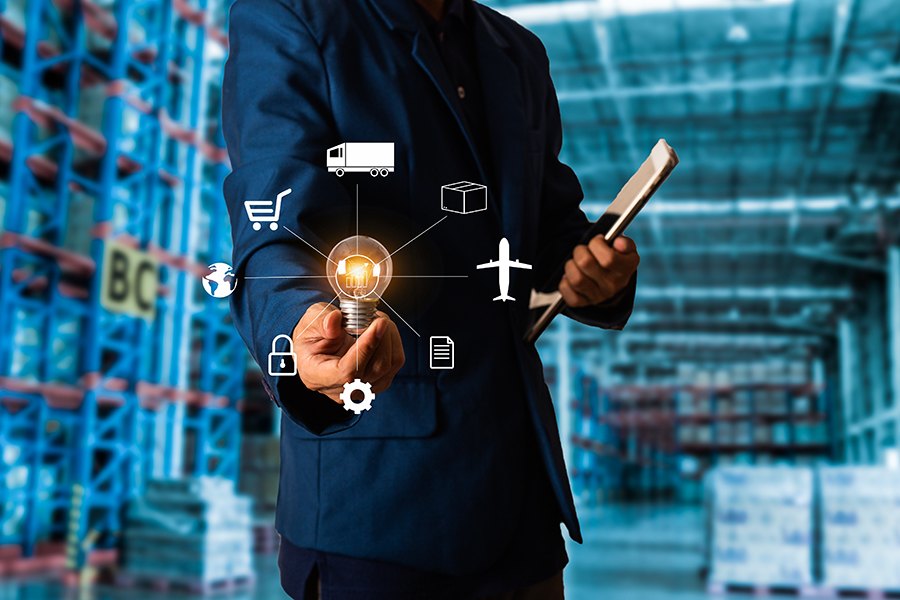 For the past decade, policymakers and NGOs have pushed for greater transparency in supply chains, with the goal of encouraging more responsible sourcing practices. The Dodd-Frank Act, for example, required firms to disclose their suppliers’ involvement with any “conflict minerals” such as gold, tin, or tantalum, a metal used in phones and computers. More recently, France passed legislation to ensure carbon emissions reporting.

At the same time, many companies have pledged to be more vigilant and open about protecting the people who manufacture their products. After the Rana Plaza disaster in Bangladesh in 2013 — a building collapse killed more than a thousand garment and textile workers — a number of brands joined a coalition to hold their suppliers accountable.

At the heart of this push for transparency is a fundamental question: Is it better to let the Unilevers and Walmarts of the world — who often source from countries with lax regulatory practices — report voluntarily on their own suppliers’ social and environmental impacts? Or should they be compelled to do so by law or some other mandate?

A new paper by Erica Plambeck, professor of operations, information, and technology at Stanford Graduate School of Business, and Basak Kalkanci, associate professor of operations at Georgia Tech, addresses this question in a novel way. Using a game theory model to track the dynamics and variations of supply chain transparency, the authors try to determine whether mandatory or voluntary disclosure is more effective in reducing suppliers’ impacts.

The paper’s findings are manifold, but two of its features are especially noteworthy for policymakers seeking to shape ethical supply chains. First, unlike most of the popular and scientific literature, which focuses on disclosure in the narrow sense of firms displaying their own impacts on their website, Plambeck and Kalkanci consider the costs, challenges, and benefits of firms performing due diligence on a multitiered supply chain. Second, they highlight the key role that investors play in this complex game.

Plambeck explains that, ultimately, disclosure mandates can backfire (by deterring firms from engaging with suppliers to learn about and reduce their impacts) and that, under some conditions, voluntary disclosure is just as effective. However, a disclosure mandate can be effective when combined with high enough penalties for suppliers’ impacts. The implication for policymakers, according to Kalkanci, is that “mandatory disclosure by itself is not effective. It must be complemented by an adequate prospect of penalties for suppliers’ impacts.”

Public Pledge vs. Government Regulation
Plambeck says it’s important to note that mandatory disclosures, as defined here, are not necessarily imposed by outside entities, such as government regulators. They can include cases in which firms publicly pledge — before any investigations begin — to disclose their suppliers’ impact no matter what those investigations uncover.

With voluntary disclosures, on the other hand, a firm first gauges a supplier’s impact and then decides whether to disclose its findings.

The paper uses a Bayes model, in which participants make rational decisions based on limited information, and it focuses — uniquely — on the company-investor relationship.

Consider, first, the perspective of a multinational company with a vast supply network. The model assumes that the company — whose goal is to maximize its market valuation — will ask itself three questions regarding supply chain transparency: 1) How much do we want to learn about our suppliers’ impacts? 2) How much money, if any, do we want to invest in reducing these impacts? 3) Should we disclose our suppliers’ impacts to investors?

Investors, meanwhile, are left to value companies based on disclosure reports, which they recognize might be incomplete, either because the company is withholding bad news or because it doesn’t have enough information about its suppliers. Investors use those disclosures to assess risks — resource shortages, supply disruption, potential brand damage from a labor violation, etc. — that might impact future profits.

So what’s the benefit of reporting? At first glance, it might seem that the company would face only risk. But one of the paper’s notable findings is that when companies don’t report on impacts — for example, greenhouse gas emissions — investors tend to assume the worst, and typically lower the valuation.

And although there are obvious risks involved in reporting about one’s supply chain, the companies that do so can potentially earn a higher valuation, because investors will take this into account and assume the company has saved itself from costs and risks in the future.

The Benefits (and Costs) of “Learning”
Because social, environmental, and governance impacts are not easily visible to firms — in fact, learning about them can be difficult and costly — the test of a company’s commitment to supply chain transparency is not whether it publishes a list of suppliers online, as the California Transparency in Supply Chains Act currently requires. The true test is how much time and money they spend investigating the details.

“When we are talking about supply chain responsibility, ‘learning’ is really the centerpiece, because many buyers don’t know what’s going on with their suppliers,” Kalkanci says.

“Learning” in this context could mean inspecting the suppliers’ facilities (either directly or through a third party) for violations or red flags, or requiring suppliers to self-report — on emissions, for example — then validating those reports. If it discovers issues, the buying firm can ask for corrective action.

In certain cases, however, it can be too costly for a company to monitor its supplier. In 2012, when a provision of Dodd-Frank required companies to audit their supply chains for “conflict materials” in Africa, the SEC said it could cost firms up to $4 billion.

“When the learning cost is too high,” Kalkanci says, “a company might decide it’s not worth making the investment to find out what exactly their suppliers’ operations are like.”

Policy Implications
So what does this mean for policymakers? Well, it’s complicated.

“We found that transparency can have unintended consequences,” Kalkanci says. “For example, disclosure mandates can backfire because they discourage companies from learning about suppliers’ impacts.”

On the other hand, mandatory disclosure can also have positive impacts on a company’s bottom line. “Learning about impacts is the necessary first step toward reducing those impacts,” Plambeck says. “And, often, learning uncovers opportunities for profitable impact reduction, such as when learning about greenhouse gas emissions uncovers profitable opportunities for energy efficiency and waste mitigation in general.”

Mandates also can give firms a stronger incentive to go beyond a “quick, minimal fix” if they do find problems in their supply chain, Plambeck notes. However, a mandate is only effective if a company expects to be punished — either through brand damage or rising costs — for their suppliers’ negative impacts.

In that sense, the goal for policymakers might be to incentivize companies to learn about their supply networks and disclose their findings. When firms do so under mandate, the paper finds, they increase their valuation, because it gives investors faith in the leadership’s strategy (and future profits).

“If companies do not expect to be penalized,” Kalkanci says, “then voluntary disclosure is going to work better, because firms are going to learn more and invest more in reductions. But if they are expecting to be heavily punished, then a mandatory disclosure can work better at reducing supply chain impacts.”

Tweets by @forbesindia
Photo of the Day: Lest we forget
The Olympic journey towards gender equality