The problem with major disruptions or severe shocks is that they happen infrequently, and this affects our ability to plan for them accordingly. We either underestimate their impact or fail to remember the lessons learned previously 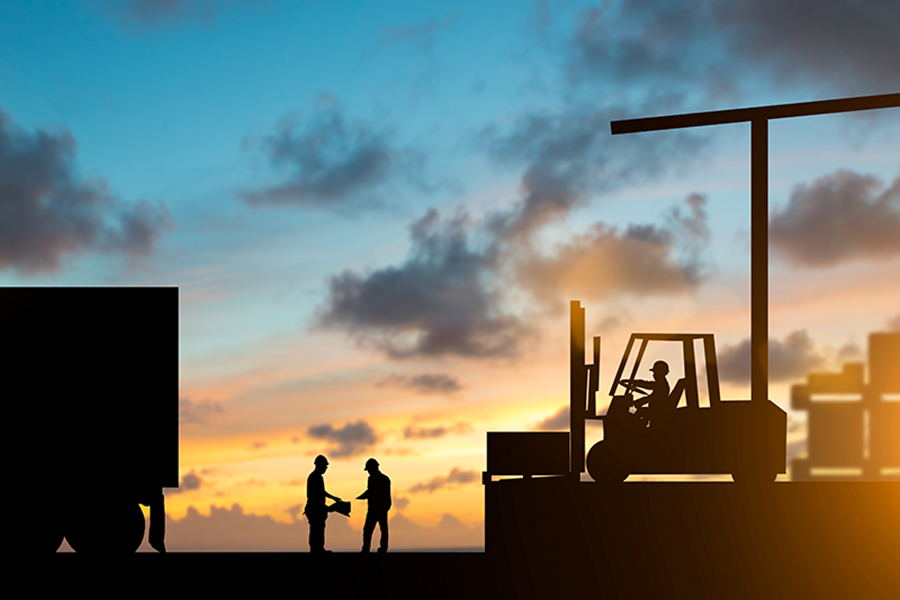 When Severe Acute Respiratory Syndrome (SARS) hit Southeast Asia in 2003, the world’s press and media were quick to articulate the implications for global health and business. Similar calls for action happened again in 2009, when the H1N1 influenza pandemic rapidly spread around the world.

In both cases, headlines around the world trumpeted that it was a “wake-up call” to health care providers and industry alike. This was the moment to invest in resilience in case of future shocks, the pundits said, the chance to bolster critical supply chains and safeguard against potential shortages of food and medical supplies in the event of another disaster further down the line.

So did the world wake up?

The Need for Smarter, Stronger, Diverse Supply Chains
The coronavirus pandemic of 2020 has hit global trade and investment with devastating force and speed. The World Economic Forum reported in May that trade in the U.S., Europe and China had more than halved because of the crisis and called for global response to the “urgent need to design smarter, stronger and more diverse supply chains.”

Why did the world fail to learn the lessons of the past? What is behind the persistent, systemic fragility in modern supply chains that can derail global trade and transactions when the unexpected strikes?

Shedding light on this is new research by Darden Professor Doug Thomas. Together with colleagues from Haslam College of Business, the Frankfurt School of Finance and Management, and Opus College of Business, he conducted a series of large-scale studies into how managers make sourcing decisions.

What they found should provide serious food for thought for decision-makers.

Not only do people radically underestimate the impact of major disruptions, we also consistently fail to learn from experience. Though diversifying by using multiple sources in a supply chain can mitigate the risk associated with a severe disruption, many managers can be tempted by the economies of scale associated with a single-source strategy. That “underdiversification bias” means that the majority of the decisions we make are not just suboptimal; they are positively risky.

Learning Failure and Underdiversification Bias
Floods in Thailand in 2011 incurred a terrible human cost, claiming hundreds of lives and putting more than half a million people out of work. For the personal computer industry, the floods also spelled disaster: Thai hard-drive manufacturers could no longer supply critical hardware, leading to a major disruption to the supply chain and huge hikes in prices for consumers. At the time, Gartner and other research and advisory firms predicted that never again would “so much be concentrated in so few places.”

“SARS, the Thai floods and the Japanese tsunami of 2011 provide clear lessons for industry: resilient, diversified supply chains help us prepare for disruption,” says Thomas. “However, we know from prospect theory — which examines how people weigh uncertainty against the maintenance of existing wealth — and other behavioral research that our capacity for long-term learning is imperfect and that decision-making is prone to bias.”

The problem with major disruptions or severe shocks is that they happen infrequently, and this affects our ability to plan for them accordingly. We either underestimate their impact or fail to remember the lessons learned previously, says Thomas.

“The idea is simple: If I’m a manager running a supply chain, I overwhelmingly think about the day-to-day. I also get rewarded for being lean and efficient and keeping costs down. But because I underestimate how bad it could get if things go wrong, whether I’ve experienced this personally or not, I fail to put the requisite mental energy into my contingency plan. The result is that my supply chain is underdiversified, underinvested and insufficiently resilient to shock.”

To put this to the test, Thomas and his colleagues ran a series of four experiments with volunteers.

“We wanted to explore the trade-off between economies of scale from supplier consolidation and risk mitigation in the face of disruption from supplier diversification. In other words, the tasks set to our volunteers involved them choosing between a single supplier or two or more suppliers, depending on how they assessed cost versus risk.”

A total of 457 participants were exposed to four different scenarios involving an unpredictable shock or disruption. In each scenario the volunteers were subjected to varying degrees of probability and impact severity of each shock, and were asked to make planning decisions. These tasks were also further manipulated by the researchers in terms of the framing and positioning of variables like profit-maximization and cost-minimization.

In total, the subjects were asked to make more than 91,000 supply decisions.

“Some 80 percent of our volunteers made really bad decisions based on all the variables and outcomes. People consistently see supplier diversification as something that involves an upfront cost to achieve a delayed and rarely encountered benefit. But even when we ramped up the end cost of not investing in resilience by making single sourcing prohibitively expensive in the longer term, we still could not get people to change their behavior.”

The magnitude of this effect is “gigantic,” Thomas says.

“What is really striking about the paper is not that people plan poorly for rare events. It is the scale of that poor planning. We have hundreds of people making thousands of really risky decisions. When you look at the results, you see that the volume of single-source, lowest everyday cost solutions they choose is overwhelmingly high. Those choices provide the lowest amount of defense against disruption, and that disruption may be far more expensive in the long term, as the study shows.

“Changing these kinds of behaviors is acutely challenging because of our imperfect capacity to rationalize losses and gains, and our inability to learn from experience of shock — because the learning doesn’t happen efficiently or fast enough.”

Thomas and his colleagues argue that a possible solution is to implement regulations at an industry level.

Stress Testing Supply Chains
After the financial crisis of 2008, governments around the world took decisions to mitigate the likelihood of a recurrence and to ensure that the learnings would stick.

For the last 12 years, banks have faced liquidity requirements in the form of stress tests to insure against the financial system breaking. Currently there is no analogue provision for supply chains. Thomas and his colleagues ask whether this should be the case.

“Right now there’s no requirement to look at the food or drug supply chain and ask what would happen if there’s a shock — a large-scale cyberattack or a pandemic. We stress test banks, and we don’t stress test our supply chains.”

It is likely in the months ahead that people will refer to the COVID-19 crisis as “the wake-up call we needed,” says Thomas. But it’s just as likely that five years further down the line, there will be a wave of cost-cutting and renewed focus on lean and consolidation that will remove the resilience from supply chains.

“If there is a real lesson here, it is probably for policymakers and industry leaders. I would like to see either government or industry leaders look at critical supply chains and think about how to implement industry-wide measures that protect resilience.”

Any effort in this space would need to ensure an equal playing field for all, he adds, to avoid individual players putting themselves at massive competitive advantage or disadvantage because of the upfront costs associated with diversification.

But the imperative is clear.

“If we don’t do something dramatic at industry or government levels, I believe that the cycle will repeat. We will come out of COVID-19 with a renewed vigor for diversifying and boosting resiliency. And we will do it for a little bit — and then forget and repeat the cycle. Because, just as the SARS or Thai floods have shown us, this is a cycle we have been repeating for decades.”

Doug Thomas co-authored “Strategic Sourcing Under Severe Disruption Risk: Learning Failures and Under-Diversification Bias” with Kyle Goldschmidt of the University of St. Thomas Opus College of Business, Mirko Kremer of the Frankfurt School of Finance and Management, and Christopher W. Craighead of the University of Tennessee Haslam College of Business.