To Cheat or Not To Cheat

Psychologists have long known that ordinary people often manage to feel good about themselves even while doing bad things, and that the words we use can foster this kind of moral disengagement. Euphemisms like "creative accounting" don't just sound more pleasant than "cooking the books." They also make us more willing to cross moral lines while still seeing ourselves as good people. But new research, coauthored by Benoît Monin, a professor of organizational behavior and psychology at Stanford University, shows that it doesn't take doublespeak to sway moral behavior. In fact, subtle changes to the same word can actually make people behave more ethically.

The research, led by postdoctoral fellow Christopher Bryan (PhD, '09, psychology), who is now at UC San Diego, and coauthored with Gabrielle Adams (PhD, '11), now at London Business School, tested this idea through a series of experiments in which participants faced a financial temptation to cheat. In one experiment, a researcher asked participants to think of a number between one and ten. Then, the researchers told the subjects they'd give them $5 if their number was even. This was a clever test of honesty because the researchers knew (based on past research and a separate sample in this study) that people are far likelier to think of an odd number. So, although individual participants could cheat without getting caught, a high rate of even numbers reported within a group was a good indication that cheating was going on. 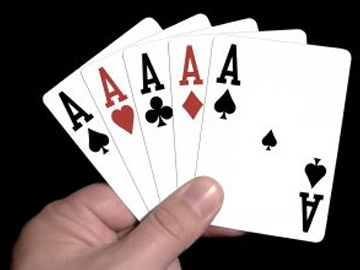 So what was the pattern of cheating? It depended largely on the language participants heard at the start of the test. Participants randomly assigned to one group were told they'd be playing a game that tests how common "cheating" is on college campuses. Participants in a different group received the same instructions except for a tiny but crucial detail: this second set of instructions referred not to cheating, but to "cheaters." For example, whereas everyone in the "cheating" group was told it would be impossible for the researchers to know "whether you are cheating," everyone in the "cheater" group was told it would be impossible to know "whether you're a cheater."
It turned out that only about one in five people in the "cheater" group said they'd thought of an even number — roughly the rate at which people actually do tend to think of an even number when nothing is at stake. But in the "cheating" group, that rate more than doubled: half the people now said they'd thought of an even number. Two more experiments, conducted online to examine whether this tweak in language could also prevent cheating in more private contexts, found similar results in a game where people flipped coins for money. In all three studies, Monin says, raising the specter of being a "cheater" made the person more likely to behave ethically. "It's only when we say, 'Don’t be a cheater,' that it stings their ego at some level. And that's when everybody is suddenly acting like a choirboy."

The results go hand in hand with a recent study by Bryan and colleagues on motivating people to vote. The results of that study indicate that urging people to "be a voter" was far more effective at increasing voter turnout than just urging them to vote. Bryan interpreted the finding to mean that people were seizing an opportunity to feel like a voter.

At the time, Monin wasn't convinced there was this much reasoning going on: maybe the effect was due to simple priming, as in the classic experiment in which adults subtly exposed to words related to old age began to walk more slowly. But if the cause was priming, then a negative label would make people act in line with the negative label. "So we realized that if we went from a positive identity like 'voter' to a negative one like "cheater,' we'd tease apart the explanation," says Monin.

In this latest study, conducted with the Stanford Graduate School of Business Behavioral Lab, since people cheated less, not more, in the "cheater" group, the researchers could safely conclude that this language worked on a more deliberate level. Specifically, it appealed to people’s desire to see themselves in a more positive light.

The most obvious upshot of these studies is that wording matters more than most people expect. "The sign in the coffee shop asking people not to take too many napkins can be phrased in different ways," Monin says. Or consider the way you motivate a team: "You can tell them to achieve more, or dangle in front of their eyes the promise of being an achiever."

There's also a deeper lesson: "What's fascinating about these findings is that they show us that, ultimately, the audience we care a lot about is ourselves," Monin says.

Behavioral economist Dan Ariely of Duke University has popularized the notion that people tend to fudge a little bit rather than going all the way, Monin points out. "We are starting to show the force that is pulling people back toward honesty. Once you emphasize the moral implications of their choices, people are willing to leave money on the table rather than feel like a cheater."

Tweets by @forbes_india
Are You Becoming "Clique-ish"?
An Indian Entrepreneur Uses Outside the Box Thinking to Establish a Niche in Financial Services