What it takes to be a Super 50 company 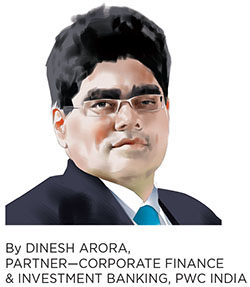 What is it that makes some companies great? What makes them withstand the darkest hours? What makes them rise, when some others are battling to face the tide? In essence, what truly gives some companies top billing? Forbes India has come up with its annual listing of Super 50 companies for 2016. While the fundamental approach of identifying these companies is the same as last year, we have gone one step further this time to spot some key traits. While these may not be the only winning formulae, we found that there is a thread of common strategies and direction which is followed by many of these companies.

Need for acquisitions
Nearly 60 percent of these Super 50 companies have made some acquisitions in the last three years, while 50 percent have done it overseas.

A prudent and well-timed acquisition is always a good move as it can significantly boost the business capabilities of the acquiring company as well as catapult its growth. With increasing global trade and shrinking of international borders when it comes to movement of business, domestic companies have realised that they have to swiftly expand operations to match global players. Hence, more and more companies have been adopting the inorganic growth strategy, especially to expand their business overseas. The pursuit of Indian firms to become globally competitive has been the key driver behind their recent outbound acquisitions. 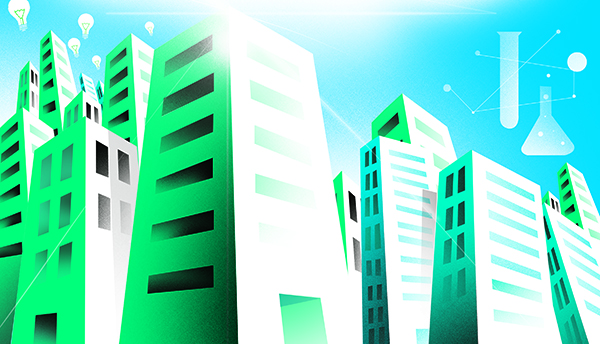 Focus on R&D
Looking at the CNX 500 equity index as an example, which represents 500 of the largest companies in India, nearly 40 percent of the firms are reportedly spending money on research and development (R&D), which stands at an average of 1.2 percent* of their revenues. In the case of the Super 50 companies, nearly 60 percent have reported spends on R&D and they also seem to be spending significantly more as a proportion of revenues (1.8 percent). If we were to narrow this list to the pharma sector, the average for the sector in Super 50 will be over 5 percent, with the highest one reporting a number of 15 percent.

Constant innovation backed by quality R&D is crucial for the long-term success of most of the industries. Effective R&D acts as a catalyst by speeding up the growth of an organisation through constant introduction of breakthrough products in the market. Capex on R&D is no longer considered as merely an expenditure or a means to get tax advantage, but as a key investment for the growth of any organisation.

Stay away from lenders
India Inc’s debt levels have been much in the news with a big commotion being made about the deteriorating quality of loans, which is mounting pressure on the Indian banking sector. The aggressive plans of large business groups to grow even bigger as well as hopes of overambitious medium- and small companies to enter the big league have led these companies to borrow large sums.

The infrastructure sector is perhaps the most stressed in terms of debt and most of the companies are attempting to sell off their asset portfolios to generate sufficient cash. Same is the case in other sectors like metals, cement and textiles where corporate balance sheets are mounted with debt. To give some respite, the RBI’s recently-released bi-annual Financial Stability Report shows that overall corporate credit health has marginally improved over the last year. But it seems the banking system’s situation is still grim.

Despite all this, there are some corporate houses whose ideology is not to burden their balance sheets with borrowed money in order to fund their expansion plans. They largely rely on internal accruals, and even if they have to take leverage, they do so in a controlled manner.

Again, taking reference to the CNX 500 equity index, average debt-to-equity ratio# stands at 1:1.1, excluding the financial services sector. However, the same in case of Super 50 companies is just 1:0.3. Notably, six of these companies have zero debt on their books. And yet these players and other Super 50 companies have been growing their businesses significantly and also generating good shareholder returns.

We also noticed an overwhelming concentration of a few sectors in the list, which included financial services, pharma, consumer products and auto. Given that the methodology is aimed at tracking consistency along with performance, the sectors that have been witnessing a lot of regulatory and market issues, such as infrastructure and real estate, did not make it to the list. Of the several listed real estate companies in India, only one made it past our first screening criteria and even that did not make it to the final list. Within infrastructure, while several companies in the power sector were evaluated, most of them fell short due to negative shareholder returns and poor return on equity.