With the rise—and fall—of gimmickry and imitation in modern Indian cuisine, chefs are digging deeper into India's hinterland to innovate and survive diner fatigue 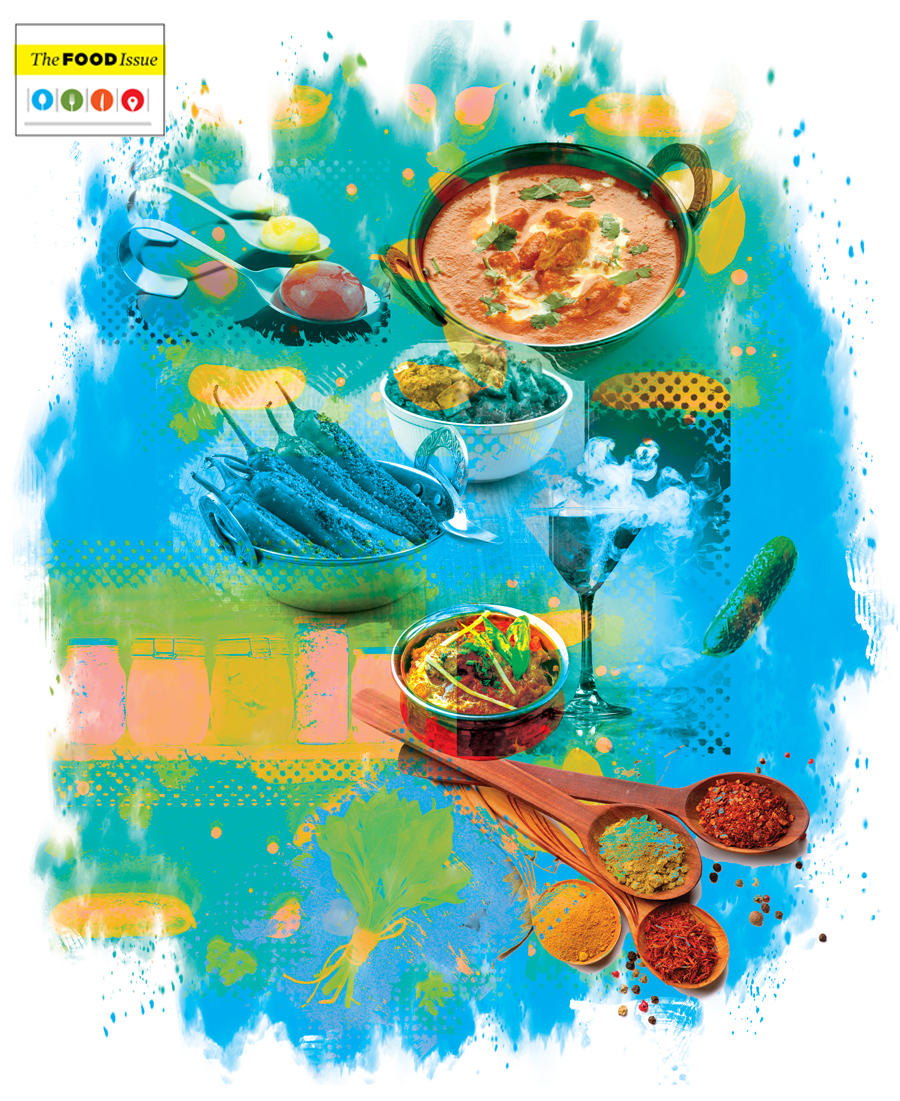 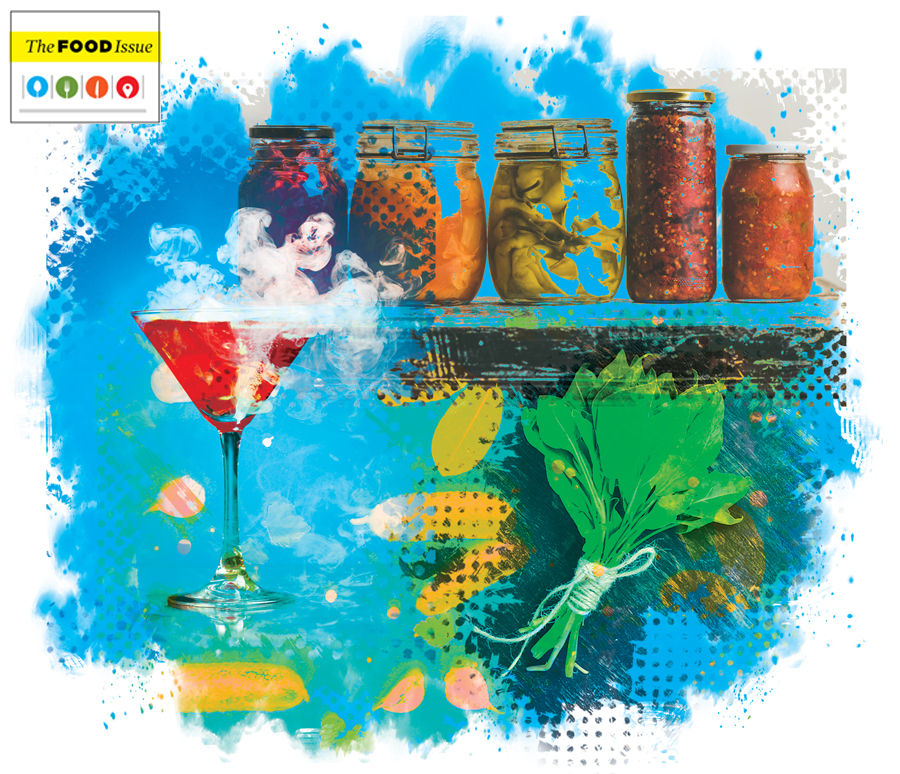 Recipe for success
Flavour is something that most modernist chefs and restaurateurs who’ve cracked the code love to repeat. It’s the thin line between the bizarre and the bold and the hook that’ll bring back diners to modern Indian food. To paraphrase a sports adage, ‘form is temporary, flavour is permanent’. Zorawar Kalra, proprietor of Massive Restaurants that owns brands like Masala Library, Farzi Cafe and Pa Pa Ya and has expanded across seven countries in as many years, was among the earliest adopters of molecular gastronomy in India but won’t trade flavours for technique. At his Farzi Cafe, a modern Indian bistro, Kalra’s team has been plating a raj kachori with a foam of tamarind chutney not because it looks fancy but because it delivers only a fraction of the calories that a regular chutney would have without compromising on its flavour. Bottomline: You can’t be creative without being authentic. At Comorin, Mehrotra serves the Kanyakumari crab with crispy idiyappam and not, say garlic naan, “because it’s not true to the region”. Zacharias of The Bombay Canteen embarks on a trip every three months to discover unknown flavours in remote corners of the country and the world. Once he returns to his workstation in Mumbai, he begins by recreating the original dish before innovating on individual elements. “The idea is to exercise restraint and not alter the DNA of the dish,” he says. “And that thin line between restraint and innovation is sometimes the hardest to straddle.” Modernising flavours for the millennial palate is what got Goila to launch and scale up a food venture riveted on butter chicken, arguably India’s biggest food cliche. Young, health-conscious diners avoid greasy food, so Goila altered his tomato-dairy ratio from 50:50 to 80:20. “My challenge was to make a dish tasty enough without a lot of butter and cream. I did it through nailing the flavour and sourcing quality ingredients—kasuri methi from old Delhi and cashews from Goa,” says Goila, who went from a takeaway-only service in 2016 to five outlets in three years.  Goila’s success with butter chicken has thrown open the debate on whether modern can be decoupled from traditional or whether the route to the former is through the latter. Kapoor, who became a household name in the early 1990s with his TV show Khana Khazana, stirs the pot even further by saying modern or progressive Indian cuisine are terms coined by writers in recent times to define a trend that has existed in the industry for decades. “In college, we would playfully add cocoa to make chocolate gulab jamun. My first menu about 25 years ago had golgappa with prawns, and I served it with solkadi. I never called it modern Indian, I was just playing around. Chefs love to play with techniques, back then and even now,” he says. “Only now, it’s the way the food is branded, because people expect us to.” At the far end of the spectrum from Kapoor stands Kalra with his team of chefs that serves up levitating desserts, sushi burgers and cocktails in a lightbulb. Despite seemingly disparate forms of food that they specialise in, Kalra seems to echo Kapoor when he says innovation is not restricted to science. “My dad [the late food writer-turned-consultant] Jiggs Kalra invented the tandoori salmon and there was nothing molecular about it, yet it was one of the most innovative dishes of his time,” he says. All Senior Kalra, an entrenched traditionalist, did was to use quality Scottish or Norwegian salmon, marinate it in traditional Indian spices, incorporate novelty by adding orange juice and red wine, and soon he had heads of states swooning over its flavours.


In fact, Kalra now claims to be entering into a post-molecular phase that, on one hand, uses equipment at the cutting edge of innovation—tonic homogenisers, rotary evaporators, etc—and, on the other, traditional techniques like pickling. At Mumbai’s Masala Library, he offers kheema with bitter gourd in which the vegetable almost turns sweet after a fortnight of pickling. Soon, he’s looking to open a single-outlet restaurant in Delhi that’ll pay homage to his late father’s extensive research on food and his traditionalist roots. “There will be no molecular there. The modern world is the juxtaposition of the old and the new and that’s where cuisine is headed in future,” he says.    Zacharias takes this marriage even further by exploring traditional, local produce that hasn’t made it to the menus of many Indian restaurants yet. In the last four years at The Bombay Canteen he’s used around 120 vegetables in his kitchen, all of which are indigenous and seasonal. The 33-year-old is loathe to using anything imported, which means he’s shut the doors on regulars like avocado, olive oil, broccoli, lettuce or asparagus. He took two years to put together an Indian equivalent of the beetroot and goat’s cheese salad, replacing the cheese with the Parsi topli paneer and the salad greens with young amaranth leaves. “The next level of innovation will come from exploring the unexplored, from showcasing food that’s either misrepresented or underrepresented. Like food from the Northeast. It’s about breaking stereotypes even within regions. Rajasthan isn’t just about dal-baati-churma, or Kerala about appam and stew,” says Zacharias. Will they swing the pendulum away from rising diner fatigue? We’ll wait for the verdict once the next course is served.

Tweets by @forbesindia
The dramatic rise of skyscrapers in India: An interactive
Donald Trump says China will suffer, but data shows tariffs are hurting US