Murthy is a hero. But, he faltered

The founders may be right in fighting tooth and nail to uphold the standards of governance at Infosys, but the approach is at fault 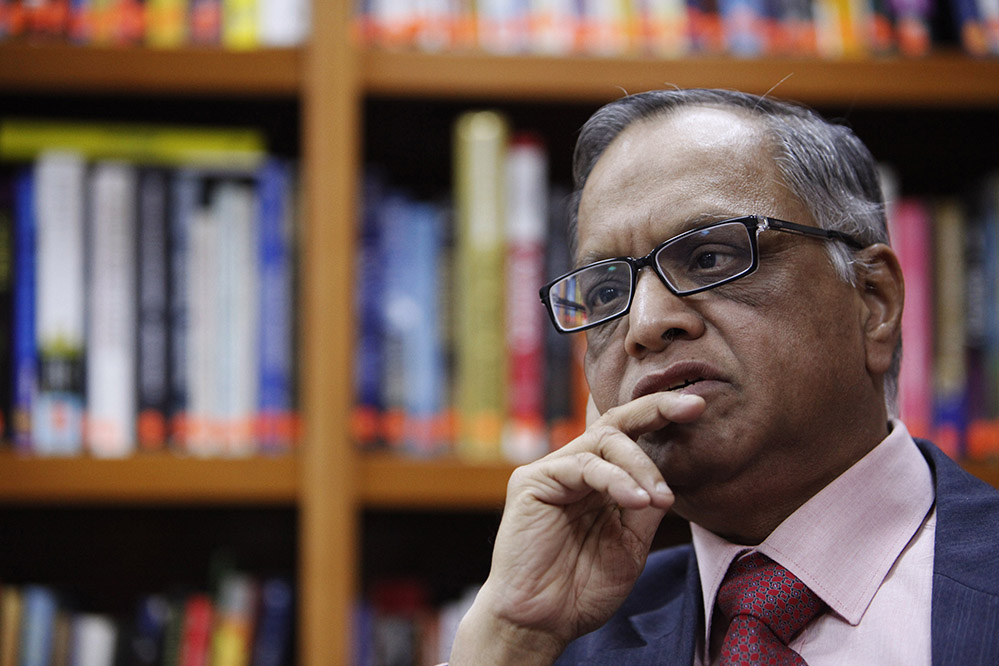 When in doubt, disclose
Infosys went public in 1993, raising about Rs 90 crore through its Initial Public Offering (IPO). While waiting for government approvals to make capital investments, the board decided to invest a part of the funds raised in the stock market. Unfortunately, those investments brought in losses because of weak market conditions. However, the rules and regulations at the time did not require Infosys to reveal this to its shareholders. But the then Infosys leadership decided to disclose the stock market misadventure in the annual report anyway, arguing that the funds belonged to the public and hence, they were ethically bound to do so. They refused to be merely legally compliant.They ignored experts' warnings - that Infosys being a new company, disclosing such a misadventure, would result in severe shareholder backlash. Thankfully, the move panned out well for the co-founders - The shareholders were appreciative of the transparency and supported the leadership. Narayana Murthy famously said at that time - “When in doubt, disclose.”

Something dubious?
In February 2017, two anonymous whistle-blower letters alleged that the $200-million Panaya acquisition by Infosys in 2015 was overvalued. Similar allegations were made against the acquisition of Kallidus Inc. (d.b.a Skava). The complaints to the Securities and Exchange Board of India (Sebi) indicated that the unusually high severance package to the former chief financial officer, Rajiv Bansal, was to cover up the wrongdoings in the Panaya and Skava deals. Bansal resigned in October 2015. His annual compensation in the financial year 2014-15 was Rs 4.72 crores. On his resignation, Infosys agreed to pay him Rs 23.02 crores that included a severance package, accumulated bonuses and salary. However, this high severance package was not disclosed immediately and was revealed only when the company published its annual report in May 2016. After the shareholders’ backlash, in September 2016, the company announced that it had stopped the remaining tranches of payments to Bansal. The whistle-blower also questioned the high severance package to general legal counsel David Kennedy who quit in January 2017. It was alleged that Kennedy wrote an email to the CEO, Vishal Sikka, that he could no longer hide the reasons behind Bansal's high severance package.

The Issues
Disclosure: The company set up an independent probe by international law firm ‘Gibson Dunn & Crutcher’ and risk investigation firm ‘Control Risks’ after Murthy went public in February 2017 with his displeasure over the alleged wrongdoings and non-disclosure/ non-timely disclosures by the board and leadership. The probe submitted its report in June 2017 clearing the company of any wrongdoing in Panaya and Skava Deals. However, the company refused to make the report public. This precisely is the problem that the founders have with the top management of Infosys - their refusal to disclose the report is against the motto that founders followed at Infosys, “When in doubt, disclose”. Under the founders, Infosys always set the standards in Corporate Governance whether it was disclosure or board practices or top management compensation. However, it is the corporate governance standards that the board and Sikka were compromising on while running Infosys, feared Murthy.

Independence of the Board: Murthy also indicated that the appointment of Punita Kumar Sinha, wife of Union Minister Jayant Sinha as an Independent Director in January 2016 was a violation of Infosys's principles, despite the credentials of Sinha. He argued that Infosys competes with its peers for Government contracts and having a highly politically connected person on the board creates a conflict of interest situation. This is against the board standards set by Infosys, which had constituted committees like the Audit Committee in the late 1990s, well before they became a regulatory requirement.

Compensation: Similar was the case with top management compensation. Despite the fact that Infosys's market capitalisation was growing at a CAGR of more than 50 percent between 1993 when the company listed and 2014, when the founders quit the company, the founders were never known to take high salaries. However, Sikka’s compensation was Rs 48.73 crore for the financial year 2015-16 and the compensation of N. Chandrasekaran, then CEO of TCS, the bigger peer of Infosys was Rs 25.66 crore. Murthy argued that such high salaries were against Infosys's 'compassionate capitalism' philosophy.

Infosys was a bellwether company that always set the standards, against the tide. There are many instances in the 1980s and 1990s, to indicate the ethical practices of Infosys, well before the stakeholders accepted that Infosys is an ethical company. The founders refused to bribe the customs officials to get duty exemption in the 1980s when Infosys imported its first computer. The founders did not accept bribing as a reality and fought against it. That became the culture of Infosys. This is exactly what Murthy is concerned about in Infosys and not the strategies adopted by the professional CEO.

Founders faltered in succession planning
While Murthy’s concerns on the corporate governance issues in Infosys may be valid, the fact is that the founders are also responsible for the issues in Infosys. They failed in succession planning. Did the founders, who took turns to become the CEO of Infosys, whether or not they were best -suited to run the company, nurture a successor who would be entrenched in Infosys’s values? Did the founders spend enough time working alongside Sikka to hand-hold him and nurture him? The founders voluntarily stepped out just a couple of months after Sikka took over as the CEO. Why did they do it? They could have ensured continuity by spending some more time with the new leadership, as has been the case in many ‘legacy’ companies of India.

The changing times
In 2013, Sikka’s compensation at SAP was Euro4.2 million. When he joined Infosys, his compensation was set at $5.08 million and stock options worth $2million - not a major hike from his compensation at SAP - and lower than peers globally. While Infosys founders may believe in ‘compassionate capitalism’, Sikka or any other professional CEO, would expect to be compensated for the opportunity cost. Besides, the professional CEO does not have the benefit of high shareholdings that the founders have.

Long-term sustenance of the company
In the entire battle between the Board and the founders, the loser is brand ‘Infosys’. The founders must realise that taking their battle to the media would not go down well with the external stakeholders. While the founders may be right in fighting tooth and nail to uphold the standards of governance at Infosys, the approach is at fault. So much so, that Murthy who was a ‘Hero’, is now being seen as the ‘villain’. Even the other shareholders had shown overwhelming support to the board at the 36th annual general meeting of the company held in June this year.

The founders started this public spat, and they must end it too for the future of the company. It is time that they truly move on, especially since they are the ones who voluntarily stepped down and did not do enough to groom their successor!

S. Subramanian is the Chairperson - Accreditation and Ranking and Associate Professor (Strategic Management Area), Indian Institute of Management, Kozhikode, India. He can be reached at s.subramanian@iimk.ac.in

Nupur Pavan Bang is the Associate Director, Thomas Schmidheiny Centre for Family Enterprise, Indian School of Business, India. She can be reached at nupur_pavan@isb.edu