Facebook's Sheryl Sandberg and the Rise Of Women Billionaires

The biggest group ever of new women billionaires swells their ranks to new highs, in both numbers and percentage (just over 10 percent). Leading the charge: A new Facebook billionaire who wants more women to follow in her shoes 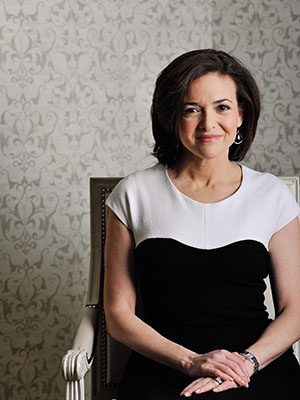 In the world of self-made, hoodie-wearing technology billionaires, Sheryl Sandberg has pulled off something improbable: She has joined their ranks without founding her own company or writing a single line of code.

The fact that Facebook’s chief operating officer is a woman is incidental, of course, but it’s also noteworthy: Of the 268 newcomers to the 2014 Forbes Billionaires list, 42 are women—a single-year record and, more notably, the highest-ever percentage of newcomers (and of women billionaires overall—172 out of 1,645).

That’s progress. But only a bit. Only 32 billionaire women—or 1.9 percent of all the globe’s billionaires—had a meaningful hand in building their own fortunes, as opposed to inheriting one from a parent or husband. Sandberg joins the dozen women, including Spanx’s Sara Blakely, fashion designer Tory Burch and Oprah Winfrey, who accomplished this feat without the help of a husband or sibling. And only she and Meg Whitman, who worked at Hasbro and FTD before joining eBay, accomplished this feat as hired hands of tech companies.

Thus Sandberg’s perspective, distilled in her bestseller, Lean In, seems doubly apt. In a recent interview with Forbes she said she was “real optimistic” about the dialogue and debate generated by her book, which exhorts professional women to pour more energy into their careers, stop tolerating that high achievers are termed “bossy” while their male counterparts are praised as “aggressive”, and pick partners who will share in parenting and household duties.

She says that she hosts private “Lean In Circles” and, in her book, advocates for others to do the same. Over dinner at her home, other leading women hear from special guests. One speaker: Cisco CEO John Chambers. “What he understood is that it wasn’t about having women in your company but about having women in leadership roles. … If you have the best talent, you’re going to have the best performance.” That presumably will translate to more women like Sandberg shattering the ten-figure ceiling. 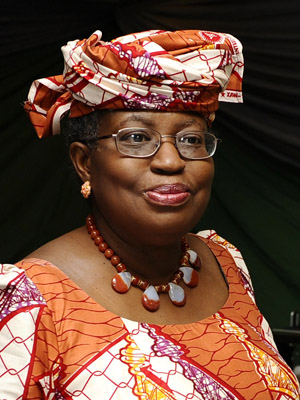 Folorunsho Alakija
$2.5 billion
Nigeria Self-made
Age: 63
Daughter of a wealthy man who had eight wives and 52 children, Alakija is Nigeria’s first female billionaire, thanks to her lucrative oil-producing asset. After working as a secretary in a Nigerian merchant bank in the 1970s, Alakija quit her job to study fashion design in England. She subsequently founded Supreme Stitches, a Nigerian fashion label that catered to upscale clientele, which reportedly included Maryam Babangida, wife to Nigeria’s former military president Ibrahim Babangida. The government awarded her an oil-prospecting licence for a 620,000-acre plot in 1993. She hired Texaco to assess the oil potential three years later, creating Famfa Oil. It went on to become OML 127, one of Nigeria’s most prolific oil blocks.

Famfa Oil owned a 60 percent stake in the block until 2000, when then President Olusegun Obasanjo tried to take back as much as a 50 percent interest. Famfa Oil went to court; the Nigerian Supreme Court reinstated the stake to Famfa Oil in May 2012; it is now the bulk of her fortune. Says Alakija of her fate: “My entry into this [oil] business was God’s own way of leading me down a particular path.” 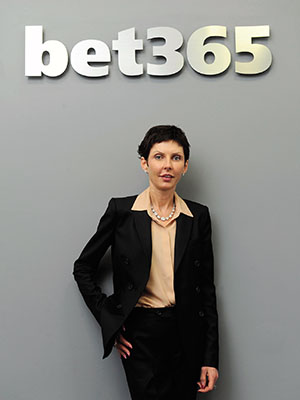 Denise Coates
$1.6 billion
UK Self-made
Age: 46
While still in school, Coates worked for her father, Peter, as a cashier in his betting shops. She finished school, trained as an accountant and then took over some of those shops, turning around their fortunes before selling them to large bookmaker Coral. She had noticed the success of online gambling businesses around the time of the dotcom boom and steered her family in that direction. In 2000 she bought the domain Bet365.com and launched the website in March 2001. Today she is joint CEO (with brother John) of online betting firm Bet365, with a 50.3 percent stake. Sales hit $1.6 billion last year for Bet365, which also owns British Premier League soccer team Stoke City. Her fortune comes primarily from her stake in the private betting company. 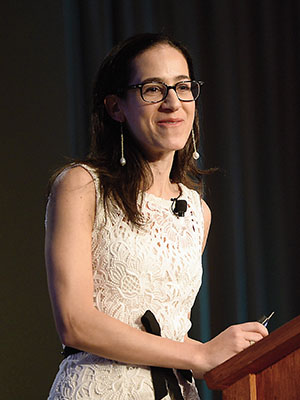 Jane Lauder
$1.15 billion
US inherited
Age: 41
The granddaughter of cosmetics legend Estée Lauder became America’s youngest female billionaire in 2013, joining the ranks following a transfer of shares in the family cosmetics empire. In April Lauder will take the helm at Clinique, a mall-staple skin-care line and one of the 30 brands under the Estée Lauder umbrella. Her new gig as global brand president marks the culmination of 18 years at her late grandmother’s company; she joined in 1996, a year after graduating from Stanford. Before being appointed to run Clinique, she oversaw business at natural-makeup company Origins. She replaced her father, Ronald, on the Estée Lauder board in 2009 and now serves alongside big sister Aerin and cousin William. Her husband, Kevin Warsh, also a Stanford grad, was the youngest-ever appointee to the Federal Reserve Board; he’s currently a visiting fellow at their alma mater’s Hoover Institution. The couple lives in Manhattan’s trendy Nolita. 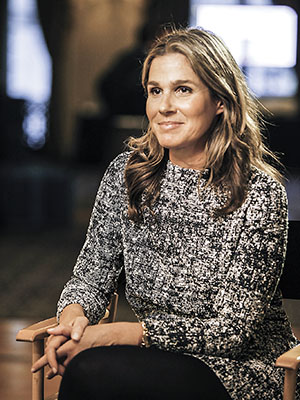 Aerin Lauder Zinterhofer
$1.1 billion
US inherited
Age: 44
The much-watched style maven joins the rich list thanks to the surging value of her stake in the $10 billion (sales) Estée Lauder cosmetics firm, founded by her late grandmother. The elder daughter of philanthropist and World Jewish Congress leader Ronald Lauder, she now presides over her own lifestyle empire. In 2012 she launched her eponymous brand, Aerin, starting with makeup (of course) and now encompassing perfume, accessories, jewellery and even decor, fabrics and lighting for those wishing to emulate her modern Manhattan-via-East Hampton aesthetic. While the beauty line was launched in collaboration with Estée Lauder, she operates the rest as a separate company. She remains image and style director at her family’s conglomerate, where she’s worked for over two decades, starting during summer breaks from the University of Pennsylvania. Lauder often mentions her grandmother in interviews and recently tweeted a favourite saying of Estée’s: “I didn’t get there by wishing for it or hoping for it, but by working for it.” She’s married to her college sweetheart, Eric Zinterhofer, a Harvard MBA who co-founded private equity firm Searchlight Capital in 2010 after 12 years at billionaire Leon Black’s investment powerhouse, Apollo. 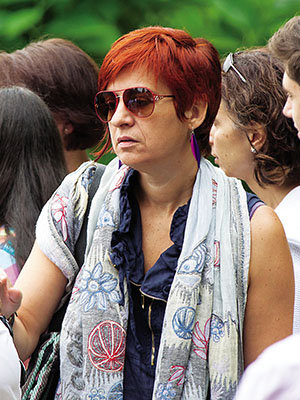 Sandra Ortega Mera
$6.1 billion
Spain inherited
Age: 46
A daughter of Inditex clothing retailer Amancio Ortega, the world’s third-richest person, Ortega Mera enters the ranks sooner than she had hoped, taking the place of her late mother, Rosalia Mera, who died suddenly of a brain hemorrhage while on vacation with Sandra last August. Her parents, who started the apparel business in their living room, divorced long ago.

While her half-sister Marta works at her father’s investment arm, Ortega Mera devotes her time to Fundación Paideia, the nonprofit her mother started to support vocational training for people with mental and physical disabilities. (Her brother Marcos, who shares the fortune, has cerebral palsy.) She has a psychology degree from the Universidad de Santiago and lives in the Galician town of La Coruña, on the Atlantic coast, with her husband and three kids. 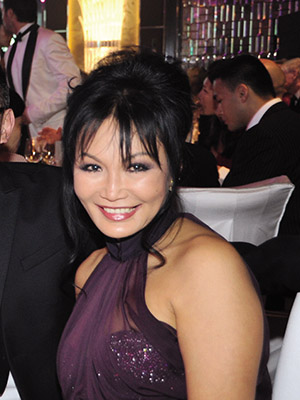 Carrie Perrodo
$10 billion
France inherited
Age: 63
Singapore native Ka Yee (Carrie) Wong was already a top model when she met French entrepreneur Hubert Perrodo in the early 1970s. At the time, Perrodo was travelling the world drilling for oil and gas. Soon they got married. Sharing the entrepreneurial bug, Carrie launched her own agency, Carrie Models, while Hubert started his first business. In time Perrodo formed Perenco, which has become one of the world’s biggest family-owned oil companies, with estimated annual revenues of $6 billion and far-flung operations in the likes of Gabon, Peru and Cameroon. Hubert and Carrie enjoyed the good life; he was a keen polo player and wine lover who bought up Bordeaux vineyards, including Château Labégorce. Perrodo died in 2006 while hiking in the Alps. Carrie and her three children, François, Nathalie and Bertrand, are heirs to the company, though a breakdown of their stakes is not clear. François now chairs the company and likes to race cars. Nathalie oversees the wine investments. Carrie sold Carrie Models years ago, but the agency remains active to this day.

(This story appears in the 04 April, 2014 issue of Forbes India. To visit our Archives, click here.)