From coming to Mumbai with just Rs 100 to becoming a real estate magnate, Subhash Runwal scripted his success story with his 'nothing is impossible' mantra 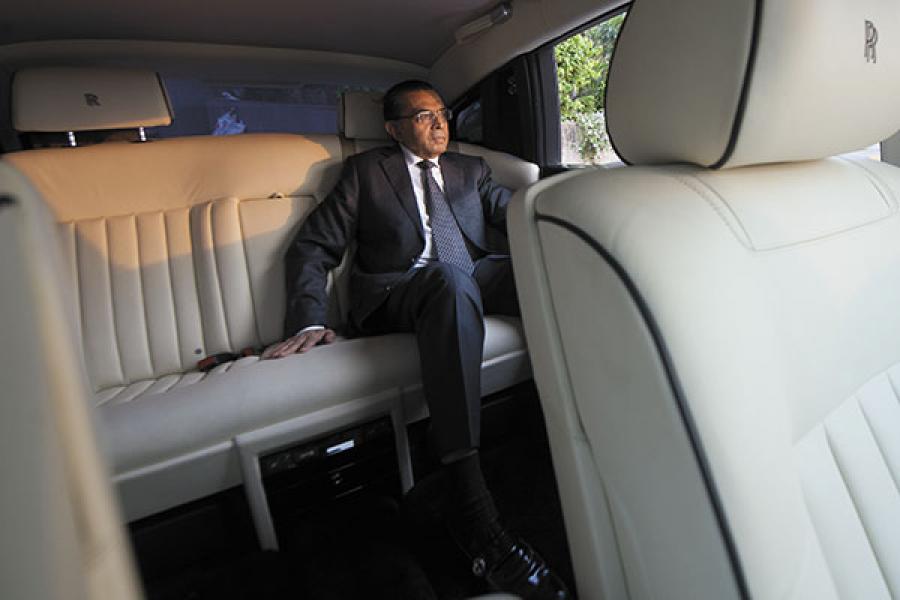 Subhash Runwal, India’s newest billionaire, who makes his debut this year with a $1 billion fortune, built a property empire in Mumbai, the city of his dreams, from nothing. He chairs the Runwal Group, which he founded in 1978 as a builder of middle-class apartments in the city’s central suburban stretch.

Runwal, who hails from the Jain community, grew up in Dhulia, a small town in Maharashtra, where his grandfather was a jeweller. But by the time Runwal became a teenager, the family had fallen on hard times. The young lad, one of five siblings, left his hardscrabble existence in Dhulia and went to study commerce in Pune. Discovering his affinity with numbers, he decided to do his chartered accountancy and moved to Mumbai in 1964 with all of Rs 100 in his pocket at the age of 21.

His first job, after securing his CA degree in 1967, at what was then Ernst & Ernst, got him an American posting in St Louis, Missouri. But within six months, he decided to pack up and return home. “I didn’t like the lifestyle,” says Runwal, seated in his suburban office in Mumbai. Behind his desk is a painting, the handiwork of his daughter, which he proudly displays.

His first abode as a young lad was a modest studio in Mumbai’s Kurla area, not far from where Runwal now has his 1.2 million sq ft RCity Mall. He rented the “one room-kitchen” after landing a job as an accountant at a chemicals firm. A can-do attitude helped him acquire a reputation as the go-to guy for dealing with hidebound bureaucracy. Since he spoke Marathi fluently, he was able to strike a rapport with local bureaucrats and politicians. “All impossible tasks were given to me,” recalls Runwal.

One of them was lobbying the government to ban the import of a chemical, which the company was manufacturing. It took 52 trips to Delhi over one year for Runwal to secure the crucial ban. This policy change enabled the company to start reaping profits. Runwal too moved up a bit in life, shifting into a two-bedroom apartment in Ghatkopar, followed by a larger home in Deonar.

After Runwal had built up his network in government circles, he decided to risk everything, choosing real estate as his field of play. He recalls that his father-in-law who was a lawyer in Jalgaon got worried, but Runwal was confident. He had chanced upon an opportunity hidden in a draconian law called the Urban Land (Ceiling & Regulation) Act of 1976, which he had studied in detail. Under this law, the government imposed limits on land ownership and had the power to acquire vacant urban land. (The law has since been repealed in most parts.)

Runwal acquired his first plot of 22 acres in Thane, an area that was eventually to become his stronghold. He made a killing on his first property deal and never looked back. His specialty was to buy litigious plots, which had fallen into the ambit of the land ceiling law, and then work his way into getting the titles cleared.

His first project was a modest 10,000 sq ft apartment block in Thane called Kirtikar Apartments. He went on to acquire land from the Cama family of the Bombay Samachar Group, including a six-acre plot in Pune, which now houses Runwal Estate.

Putting his name on his projects, Runwal got known for providing low-cost apartments aimed at the middle class. One notable project called Runwal Nagar in the suburb of Thane is a cluster of 16 buildings, constructed in 1981. Within 18 months of the initial sale, the price had more than doubled. “Our customers were people who had never owned their own homes before. They would come to my office with boxes of pedas and touch my feet,” he says.

Even as Runwal was building his real estate empire, he harboured a dream of becoming an industrialist. He got into manufacturing by acquiring units in steel and pharma, but those businesses unravelled. He eventually sold out and renewed his focus on real estate.

While his Runwal Group still builds middle-class housing, it has now moved up several notches; it has projects in tony South Mumbai where it is building luxury residences for the uber rich.

The entry of his two B-school-trained sons in the privately held family business, starting from 1995, saw Runwal getting into the malls business. The 250,000 sq ft R Mall in Mulund was the group’s first. It opened in 2002 amid much fanfare with Amitabh Bachchan as chief guest. He says the boys pushed him to market their projects more aggressively and create a new corporate identity for Runwal. Older son Sandeep is an MBA from the Indian Institute of Management, Bangalore. The younger, Subodh, is an MBA from Northeastern University.

Along the way, Runwal managed to get the backing of the Singapore government’s GIC, which invested in the RCity Mall in Ghatkopar. (It currently has a 50 percent stake.) A joint venture with Singapore’s CapitaLand in 2006, in a residential project, however, was short-lived with the foreign partner opting to pull out.

Runwal says completing projects on time is critical in his business. “My projects never get stuck for approvals. Nothing is impossible,” he claims. Lately, Runwal has been picking up big plots in suburban Mumbai, such as a 35-acre plot in Kanjurmarg from Crompton Greaves and a 65-acre piece from Gammon India in Dombivli. These will help to create a long pipeline of new projects, says Runwal’s sales and marketing director Vvikas Aroraa.

The patriarch says his efforts now are directed to giving back to society. He donates $1.5 million every year to various causes. Runwal has built two hostels in Navi Mumbai and offers education scholarships to the less well off.

He cites his wife Chanda, a trained biochemist, as a major contributor to his success. By way of exercise, he walks every morning on the promenade opposite his sea-front home and counts Bollywood actor Shah Rukh Khan as his neighbour. “I’ve achieved more than I could have ever dreamt of.”

Show More
Get the latest stories, videos, and podcasts from Forbes India directly in your inbox every Saturday
Thank you for your comment, we value your opinion and the time you took to write to us!
Comments 28

Tweets by @forbesindia
Asian sensations: Number of billionaires shoot up in China, India
Aliko Dangote: The gatekeeper to growth