The real art of storytelling

Why authenticity and commercial success are not mutually exclusive 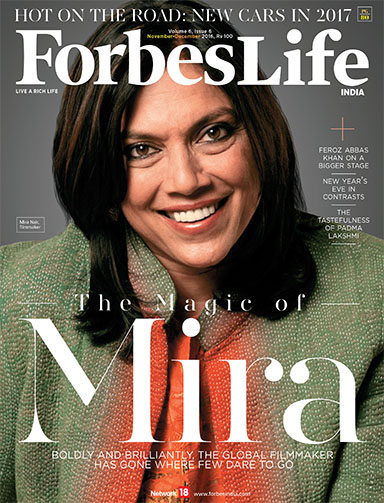 Let me tell you a story. (While I brace myself for retribution as I write this.) On a university campus back in the mid-’90s, there was little by way of entertainment apart from one drive-in movie theatre and a couple of seedy local cinema halls. Remember, this was before WiFi, YouTube and torrents.

A few close friends decided to screen a classic—which, of course, they thought was a mass appeal movie—for a larger group. It was a come-if-you-want-to affair. The assumption was that only those who deserved to see it would show up. It was to be shown in a classroom a stone’s throw away from our dorms. It was a weekend, if I recall correctly, and Citizen Kane sounded fun.

You can see where this story is going. As images from Orson Welles’s legendary 1941 film on a ruthless media baron moved endlessly on the makeshift screen, the numbers dwindled. The few who dared to sit through the film were sniggered at for not appropriately appreciating its experimental technique. More recently, I was admonished, too, when I called one of those who had organised the screening to fact-check this story. “You and I are not friends anymore,” he sniffed, when I told him I’d been indifferent to it.

He was only part kidding. But I don’t care how many ‘Best movies of all time’ lists it makes or awards it gets or that it was made by an auteur. Give me cinema I can relate to, that absorbs me. Don’t give me cinema that doesn’t talk to me.

You will understand, then, why I was delighted to learn that the voice on the phone from New York got people like me. When I asked about striking a balance between commercial considerations and authenticity, Mira Nair’s reply was quick and clear. “I don’t think the two are mutually exclusive,” she said. “I think of myself as a shameless populist. I like to put bums on seats. I like to have the people come who want to watch the film, and not just because I am authentic. That would kill me!”

The 59-year-old filmmaker, who straddles three cities on three different continents—New York, Kampala and Delhi—draws from the real and tells her stories without boring her audience. On the contrary, she entertains them, even as she tackles issues of race, gender and socio-economic strife—the gamut of “otherising”—without pontificating or hectoring. Or an iota of pretension.

I spoke to her a few weeks after the release of her latest movie, Queen of Katwe, and asked about her next project, a 21-song musical version of my favourite Nair movie, Monsoon Wedding. It will be “modernist”, she said, but will retain the “punjabiyat” that made the movie so engaging.

Back home, another director tells it like it is, without a fuss, but with much impact. Feroz Abbas Khan, who gave us the moving play, Tumhari Amrita, back in 1992, has taken a less minimalistic approach with his interpretation of K Asif’s lavish 1960 film, Mughal-e-Azam. Considered the most expensive production to come out of India, Khan, who prefers to work with subjects close to his heart, has stepped out of his comfort zone with what he calls his “least personal work”. But with audiences applauding his efforts, his discomfiture hasn’t been in vain.

The thing to note is that both these creators are memorable without striving for effect. And that is the cornerstone of real art, real entertainment.