What Legends Thought of Examinations

Are exams a boon or bane for society? Here are some thoughts the greats left us with 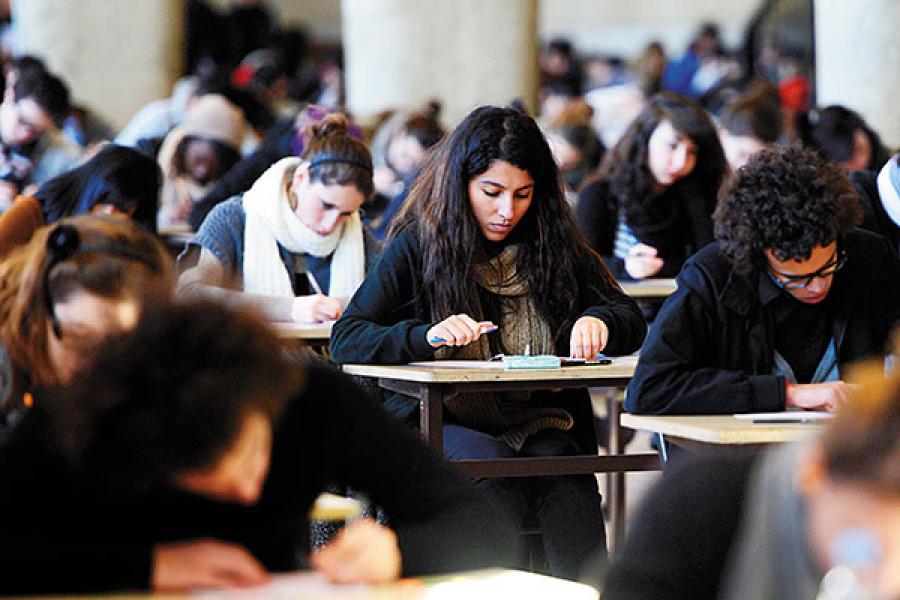 One had to cram all this stuff into one’s mind for the examinations, whether one liked it or not. This coercion had such a deterring effect on me that, after I had passed the final examination, I found the consideration of any scientific problems distasteful to me for an entire year.
Albert Einstein


I didn’t fail the test. I just found 100 ways to do it wrong.
Benjamin Franklin


Examinations, sir, are pure humbug from beginning to end. If a man is a gentleman, he knows quite enough, and if he is not a gentleman, whatever he knows is bad for him.
Oscar Wilde


I should have liked to be asked to say what I knew. They always tried to ask what I did not know. When I would have willingly displayed my knowledge, they sought to expose my ignorance. This sort of treatment had only one result: I did not do well in examinations.
Winston Churchill


When reviewing your notes before an exam, the most important will be illegible.
Unknown


As long as learning is connected with earning, as long as certain jobs can only be reached through exams, so long must we take the examination system seriously. If another ladder to employment was contrived, much so-called education would disappear, and no one would be a penny the stupider.
EM Forster


Examinations are formidable even to the best prepared, for the greatest fool may ask more than the wisest man can answer.
Charles Caleb Colton


I was never very good at exams, having a poor memory and finding the examination process rather artificial, and there never seemed to be enough time to follow up things that really interested me.
Paul Nurse