Apple's products, though expensive, are sought after even in a price-conscious market like India 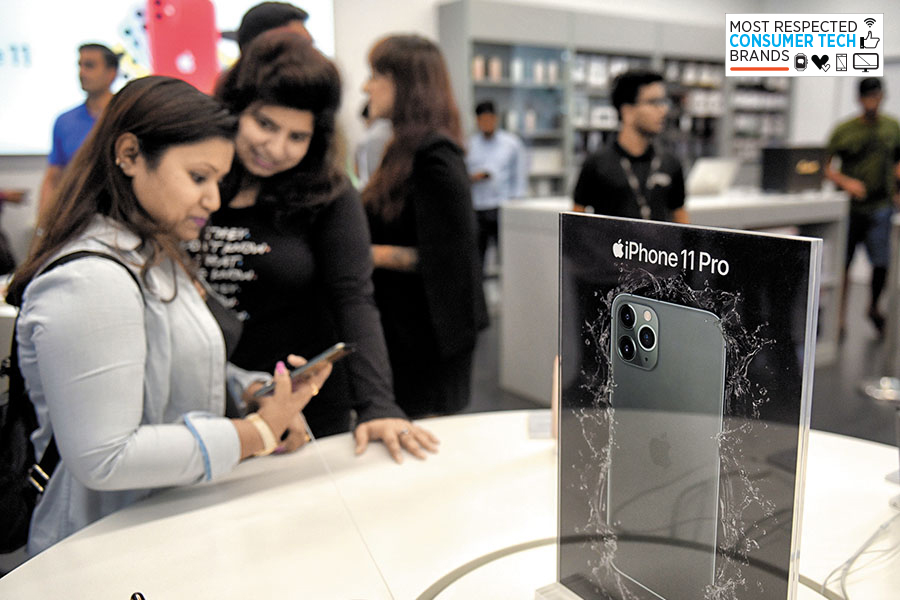 Apple has been investing in increasing the availability of its products across India
Image: Getty Images

If there’s an aspirational set of products in the electronics gadgets and personal technology space, it is Apple’s mobile phone and computers. They are craved by both fashion-conscious consumers and professionals like graphics artists who, for instance, swear by the MacBook Pro laptop. In India, where people are cost-conscious, even older iPhones such as the iPhone 5S are still popular. The locally manufactured iPhone SE is another example: It offers an eminently acceptable compromise between cost and form factor—the same as that of the 5S—and performance, which is about the same as that of the iPhone 6S.  In the last few years, Apple’s latest products are typically available in India around the same time as their release in more advanced economies. For example, the latest set of iPhones—the iPhone 11 Pro and 11 Pro Max—were announced on September 10 and were in stores in India by September 27.

By market share, Apple’s smartphones lag phones that run on Google’s Android operating system by a wide margin. The Indian market is dominated by Android, which runs on over 95 percent of all smartphones being used in the country. South Korea’s Samsung Electronics and China’s Xiaomi Corporation are other dominant players. Chinese smartphone makers like Oppo and Vivo also have a strong presence here. Over the last five years, Apple has moved from being an insignificant vendor in India to shipping millions of handsets in the market. It has a manufacturing presence in the country, in Bengaluru, through its partnership with contract manufacturer Foxconn International. Apple is even investing in expanding its production capacity in India. The day may not be far when not just the lower-end phones such as the iPhone SE, but also the more expensive and recent models will be made in India. That would make them more affordable too. Apple has also invested in striking partnerships with national level distributors in India, and expanding the base of premium resellers of its products in the market. “Apple continues to be an aspirational brand in India,” Tarun Pathak, associate director at Hong Kong’s Counterpoint Technology Market Research, writes in an email to Forbes India. “Manufacturing in India to save on import duties and diversifying its offline reach are some of the key areas where Apple needs to double down on its efforts in India.”  Today, Apple’s products are also available in multi-brand retail outlets, and in stores in smaller cities and towns as well. Sales on online marketplaces, including Amazon and Flipkart, have also helped Apple in India. From a marketing and branding perspective, having a company-owned Apple store would be an important milestone for the Cupertino, California, company. Apple is said to be working on opening the first of such stores in Mumbai.