Good (but not so) Simple Tax

But is GST really as simple as it is made out to be? 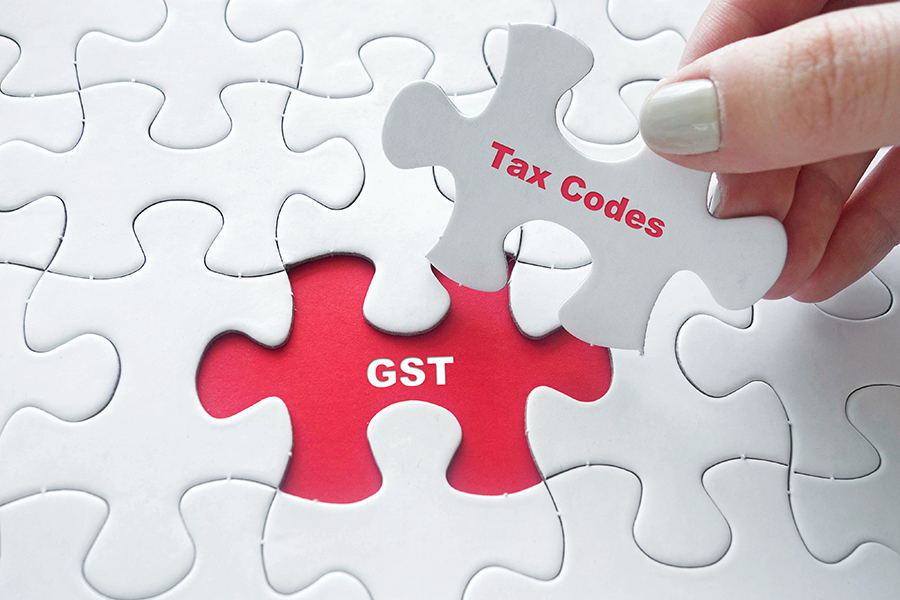 The historic Goods and Services Tax (GST) or should we say Good and Simple Tax is finally here. The advertisements by the Government, in this regard that followed the Prime Minister’s speech, amplified it further. It was on everyone’s lips and minds alike.
But is GST really as simple as it is made out to be?
Only one return – really?
Senior officials are seen on television and Twitter claiming that GST pertains to just one return (and not ‘three’ as many consultants are saying), as the other two are auto populated. This is only partly true-may be for small players. GSTR-2, the record of purchases, though auto populated requires a lot of entries pertaining to imports, reverse charge payments and some more. The very fact, that one requires to submit an invoice level data to be submitted, itself is a big compliance burden, followed by match-mismatch of the vendor data. For example, a service unit client having operations in 20 states was filing two returns in a year for all operations across the country. But in the post-GST era, would end up filing 740 returns in a year basis my estimate (but according to the government, has to file just 260 returns). This is definitely not an example of simplification. That being said, for electronic matching of credits, this kind of detailed compliance is necessary, but let’s not deny it, this is a compliance burden for many, albeit necessary.

Multiple Tax rates
In a country like India, multiple rates are necessary to reduce the fundamental regressive nature of indirect taxes. Take France for instance, which has four rates. But multiple rates can create multiple disputes. For example, Annual Maintenance Contracts (AMCs) or warranty services, which are part of every sale whether it is a car or a refrigerator, or a big machine.  When a refrigerator is under warranty, customers expect the dealer to keep it in good working condition whether it is just cleaning or changing a major compressor part. It would therefore appear like a contract of service even if some parts may have been replaced. But the issue is that many parts generally attract 28% tax while service attracts 18%. In this case, the officer would call it a mixed supply and therefore will be liable to tax at the highest rate and the taxpayer would call it a composite supply of service and therefore will assume to be liable to just 18%. Definitely not a ‘simple’ situation.

Delivery Challans
The law requires one to issue delivery challans in all cases of transportation where there is no ‘supply’ involved. When a car manufacturer sends his cars to the regional transport office (RTO) for registration, he may be expected to issue a delivery challan in the format prescribed. For example, a testing lab receives thousands of samples a day and sends them further to other labs for other tests. Here, creating delivery challans is a nightmare for them. These are remnants of the excise regime, which often required documentation of goods moving out of the factory. Now the question is, are they relevant in the simple tax we are contemplating?

Bonds and Legal Undertaking (LUT)
Excise had elaborate procedures for export with ARE-1s and bonds and proofs of export properly prescribed. Services had it easy–As there was hardly any risk of diversion to domestic market, as in case of goods that are tangible, no one noticed when services were exported. But now services and goods alike would require execution of a bond or a LUT Legal Undertaking (LUT) before export, and the instructions on this are only partly received as we speak (and we are already on the 5th day of GST) holding up exports in some cases.

Advances
Except in service tax, advances were never taxed. If tax is on supply, there is no reason why advances should be taxed especially as they create a compliance hazard. Often companies get ad hoc amounts as advances. They are not only supposed to pay tax on such advances, but track it through returns. If advances are received in a month and squared off in the same month, it is easy to deal with them. But when they spill over for more than one month, its recording creates a big burden on compliances.

Other issues
There are other areas too. Export Oriented Unit (EOUs) are now required to reverse the basic customs duty benefit they receive on the import content–an additional compliance which was made known only last week. This made it difficult to configure it in the system before it went live on July 1, 2017. EOUs may now evaluate whether to continue as EOU in the new regime. There were initial glitches with Enterprise Resource Planning (ERP) systems, even with some well-known names, that held up invoicing on the first day. Some ERP vendors could not test their GST patches adequately and communicate with their customers effectively due to continuous changes in the rules and regulations till the last day of June. The registration window on the GST Network (GSTN) opened only on June 25, and new applicants who were required to take up separate registration for their Special Economic Zone (SEZs) were stuck with some query or issue. Of course in many cases, it was resolved by the GSTN and the officers concerned at great speed, but there are others who are still searching for a resolution.

But there is still a lot of “Good” about this tax
GST is not a lost game as it may sound from the above. It gives us much more to cheer about besides the ‘one country, one tax’ rhetoric. The two distinctive features of Indian GST, that Indians can be proud of are Integrated GST (IGST) and the online matching of credit.

India is a union of states and each state has taxation power, similar to the European Union (EU) countries. When goods and services move across these states, they could have easily been treated as exports, requiring huge efforts on settling refund claims. The brilliant innovation from the minds of the Indian bureaucracy, have today devised the system of IGST, where tax flows with the goods/ services seamlessly to the other state. Refund situations are therefore limited only to cases of exports and inverse duty structure, thereby reducing load on the tax offices and also avoiding possible allegations of misuse of power and corruption. A great way towards ease of doing business and transparency.

IGST has also necessitated electronic matching of credits, which means that till the vendor does not deposit tax with the government and the same is not reflected in the government's IT system, the GSTN, the customer will not get the credit of tax.  This removes the possibility of credit on the basis of bogus invoices. Additionally, it has also created an ecosystem which strongly supports recorded economy against the cash economy. The GSTN would now reflect the purchases of a taxpayer and it will gradually become difficult to escape the eyes of the GST officials and income tax departments. This makes it a second surgical strike after demonetisation.

Another excellent provision under the GST regime is-charging tax on reverse charge basis if purchases are made from unregistered dealers. This again brings unregistered dealers to the same level of a registered dealer, in fact putting him in a more disadvantageous position. Further, this will force unscrupulous dealers, who have never registered themselves, even after crossing the threshold, to get registered or go out of business.

The aforementioned three factors are perhaps more important than the ‘one country, one tax’ chant that we have been hearing for the past year atleast. This will pull the country up to its real potential. It is now up to the taxpayers to take a cue and mend their ways of doing business. The government too should be more proactive and open, as it has been in the last few months, so as to bring more changes and make the GST law “simple”.

Tweets by @forbes_india
IDFC Bank-Shriram Capital merger may depend on what Piramal really wants
Goods and Services Tax: Ready reckoner