Zerodha founders Nithin and Nikhil Kamath have built a large, profitable, retail trading platform by charging only Rs 20 a trade and offering many free services 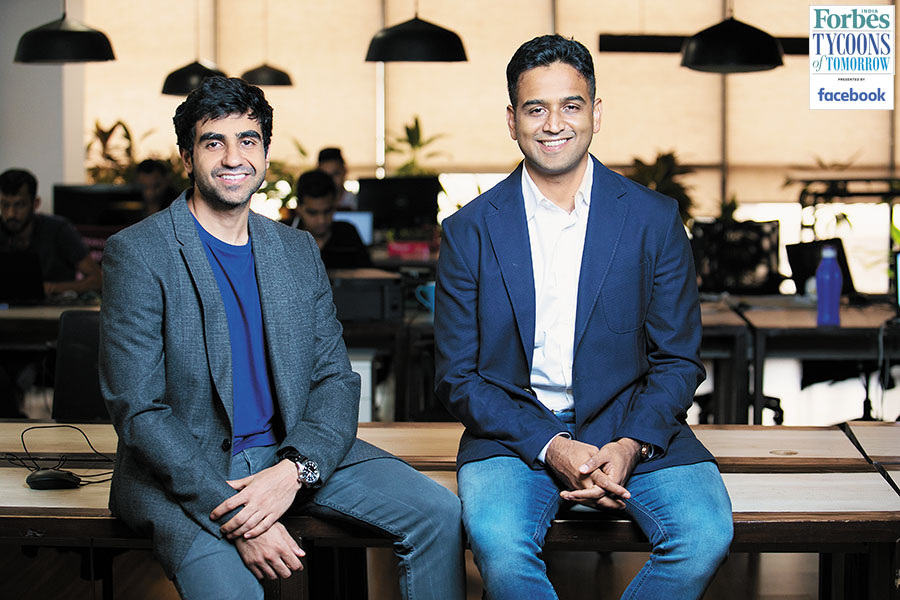 Brothers Nikhil (left) and Nithin Kamath believe nobody can teach you trading; one learns from their mistakes and tries to avoid them
Image: Selvaprakash Lakshmanan for Forbes India

In 2009, an election year in India, Nithin Kamath, then 29, had been a day trader for over a decade. He’d started his career when he was 17 and had managed money and traded stocks on behalf of wealthy clients. Through his firm Kamath and Associates, which he set up a few years earlier with his brother, the duo had also been franchisees for large broking businesses, including Reliance Money.

That year, however, Nithin, now 38, and younger brother Nikhil, 32, who had joined his brother in 2006, did something they would come to rue a bit. They had squared off all their positions ahead of the poll results. “We lost out on a really big opportunity to make a large amount of money,” says Nithin, adding that he felt he was “hitting my shelf life in terms of day trading”. Click here for the full Tycoons of Tomorrow list

It was then that they decided that Nikhil—who turned out to have a real penchant for trading—would continue to trade, while Nithin would build a brokerage firm. That was how Zerodha came into being, going live in August 2010. The name was a play on zero and the Sanskrit word ‘rodha’, meaning barrier. The brothers wanted to position themselves as facilitators of zero-barrier trading for their clients.

“There was an active futures and options trading community and we started out charging `20 per trade irrespective of the size of the trade,” says Nithin. Those in the business immediately recognised the value of this proposition; otherwise they would be paying a percentage of the value of the trade as fees in the conventional broking system. They would easily save 90-95 percent of that by switching.

The brothers also paid attention to earning trust, because a client still had to transfer money to the broker to put in a trade. “We were the first to come up with a utility that showed all costs upfront, before a single trade was initiated by any client,” Nithin recalls. In 2011, they upgraded technology to allow clients to trade outside the NSE as well.

By 2013, competition had started using the discount broking model, too, and it was clear to the brothers that the future was about becoming a technology company that offered a superior platform for multiple financial services. Zerodha invested in a startup called Tradelab, which built a desktop trading platform that became popular among clients.

In mid-2015, they also launched a minimalistic, clutter-free product called Kite, allowing users to trade on the web and on the mobile web using their smartphones.

Clients liked its simplicity, but the founders realised that their addressable base remained low. In December 2015, they decided they would take no fee at all for trades on equity shares. “The zero brokerage idea caught the imagination of people,” says Nithin, and clientele jumped from about 70,000 people then to a million users today. Of those, about 700,000 actively trade, he says. That makes Zerodha second only to ICICI Direct. And by volume of trades put in, they account for 7-8 percent of all trades done on a given day, which makes them “the largest retail broker in the country,” says Nithin. The platform sees between a million and two million trades a day, and about half of them make the company some fee.

The duo continues to innovate. Since March 2017, they have been offering mutual funds on a platform they introduced called Coin. Again, in keeping with the “zero” fee philosophy, Coin allows people to buy direct mutual funds, as against the asset-management company paying a fee to Zerodha for the sales it generates.

They have also got the regulatory permits to operate as an NBFC and will soon offer a loan-against-securities product. The company is sitting on over $2 billion of client-owned securities, so people can potentially borrow against their securities. If people can pay 35 percent on a credit card with no collateral, they will certainly see the benefit in paying 13-14 percent with securities as collateral. “It’s a no-brainer,” says Nithin.

“Their biggest achievement obviously has been making broking charges absolutely low, totally shaking up the status of the high brokerage charges, which was previously kind of run by a cabal of mainly family-owned brokers,” says Subhadip Nandy, a Kolkata-based independent quantitative derivatives trader. “But this was one of the very few times when smart technology guys, total outsiders, came in and shook up the industry… these guys started the revolution.”

That said, Zerodha hasn’t been spared an issue that has been a drag on the industry for some time now—that of leased lines ‘flapping’, which is the common term in the trading world for network failure, when orders hang, or when traders are left in situations where they can neither take new positions or square off existing orders.

The leased lines connect the brokers and their broking platforms to NSE, and they have back-ups, explains Kailash Nadh, CTO at Zerodha. ‘Flapping’ usually means the leased line isn’t completely down, which can be one of the reasons for a seamless switch to the back-up not happening. “Just last week we had an incident… others face this issue too, but when it happens with us, the scale causes a big outcry,” Nadh says.

NSE is taking steps, and Zerodha and others should have more flexibility in selecting their own, more reliable leased-line and related infrastructure vendors soon, Nadh says.

Partnering Startups
Meanwhile, investing in startups was made more formal in 2015 under a unit called Rainmatter. This helped Zerodha partner and invest in startups, opening their technology to them to plug into—or build on top of—value-added experiences that users would like. So far Zerodha has invested in seven startups and each is building a niche feature that will find its way on to Kite.

For instance, smallcase, one of the startups, offers “thematic” investment ideas. One of these themes is Smart Cities, comprising stocks of companies likely to benefit from the growth of India’s smart cities. So a person interested in this could simply invest in the corresponding index of stocks that smallcase has built. A transaction here is charged `100, which is a nice up-sell for Zerodha, and helps with stickiness of the trading client.

“We also have an alert engine called Sentinel. Users can set stock alerts depending on their needs and alerts run on the cloud; they will cost `50 a month,” says Nithin.

It’s the broking fees, however, that comprise the bulk of the revenue, at about two-thirds of the total. Overall, Zerodha brought in `450 crore in revenue for the fiscal year ended March 2018 and earned `250 crore in pre-tax profits. The company has been growing around 100 percent CAGR so far, but the current fiscal year will be slower not because business is slowing, but because the base has become “so much more larger”, says Nithin.

Zerodha’s own trading desk brings in as much as 15 percent of the company’s revenues. “The thing with trading… it’s a game of scale. As you grow over the years, you have more money to trade with, and now we are at a scale where we can make a material difference in the market, so that excites me,” says Nikhil. He not only continues to actively trade himself, but is also the boss of Zerodha’s own trading team.

“I’ve been trading for 15 years now and we’ve made over 50 percent compounded, as a rate of return (each year),” he says, adding, “Nobody can teach you trading; it’s more of a learn by experience kind of a job—each time you make a mistake, you learn from it, and try and avoid that mistake in the future.”