After steering it into China, OYO founder Ritesh Agarwal is now striving to make the hotel chain a global brand 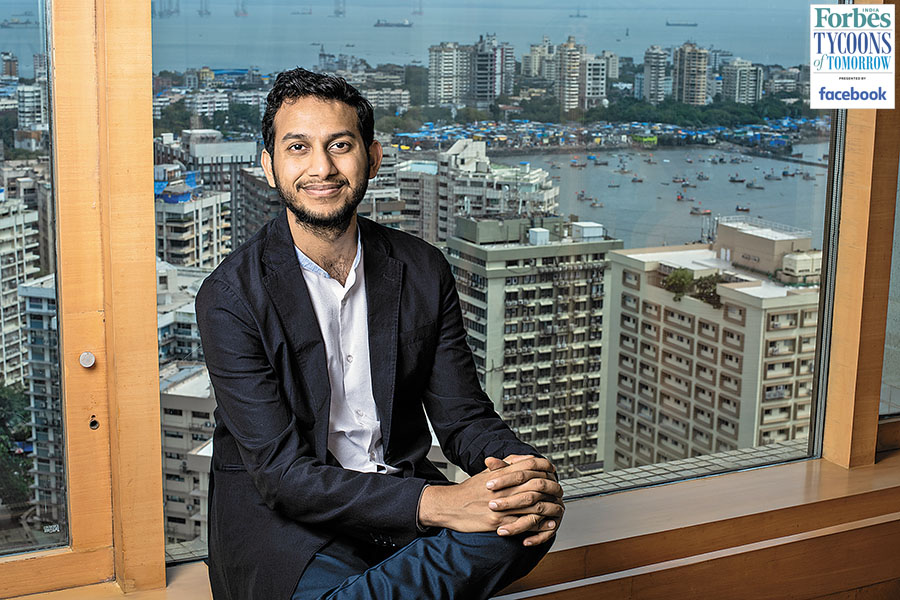 OYO was set up in 2013 when Agarwal saw an untapped opportunity in small neighbourhood hotels. Once a hotel joins the OYO chain, claims Agarwal, its occupancy goes up from 20-25 percent to 70-80 percent in 45-90 days. Focus on basics like standard quality, good location and price, as well as customer service, have taken it from a single asset in Gurugram in 2013 to 8,000-plus hotels across 210 cities in four countries today.
Click here for the full Tycoons of Tomorrow list

In the meantime, OYO has also stepped out of the budget segment. It now has brands like Townhouse (premium-economy), Home (homestays), SilverKey (executive apartments), Capital O (corporate living spaces), Palette Resorts (upper-end leisure resorts) and Weddingz.in (wedding banquets). “We have grown in tandem with the rising incomes of our customers. They prefer better living spaces,” says Agarwal, 24. Though the economy segment is still its largest and accounts for the highest growth in absolute volumes, OYO gets 15 percent of its revenues from the non-economy segment.

Every step of an OYO hotel’s process is digitised. This rakes in a high return on capital employed (ROCE) and leads to faster growth. According to the last ROCE, OYO declared ₹125 crore in operating revenue, a 7x growth, and 2x growth in room nights.

A mission-critical top management and employees who have a deep sense of ownership for the brand are central to OYO’s success, says Agarwal, who still spends most of his Sundays preparing for the Monday morning meeting “so that I can earn the respect of my management every week”.

“Ritesh’s pace of personal growth has been remarkable. I’d describe him as a mature, thoughtful, open-minded, inspirational and decisive leader,” says Bejul Somaia, partner, Lightspeed Venture Partners, one of the investors in OYO.
Click here for the full Tycoons of Tomorrow list
OYO is one of the top 50 hotel chains in China today. Agarwal says they steered into China thanks to the support of Softbank CEO Masayoshi Son, who said, ‘Let’s do China together’.

“I admire his ability to pivot, accept change and the speed of execution in giving shape to OYO’s version 2.0,” says Deep Kalra, founder and group CEO, MakeMyTrip Limited.

For Agarwal, who believes, “affordable is cool, and cool is affordable”, the next aspiration is to make it the world’s largest hotel chain. “I think the most possible outcome looks like a public offering, to unlock most shareholder value,” he says.