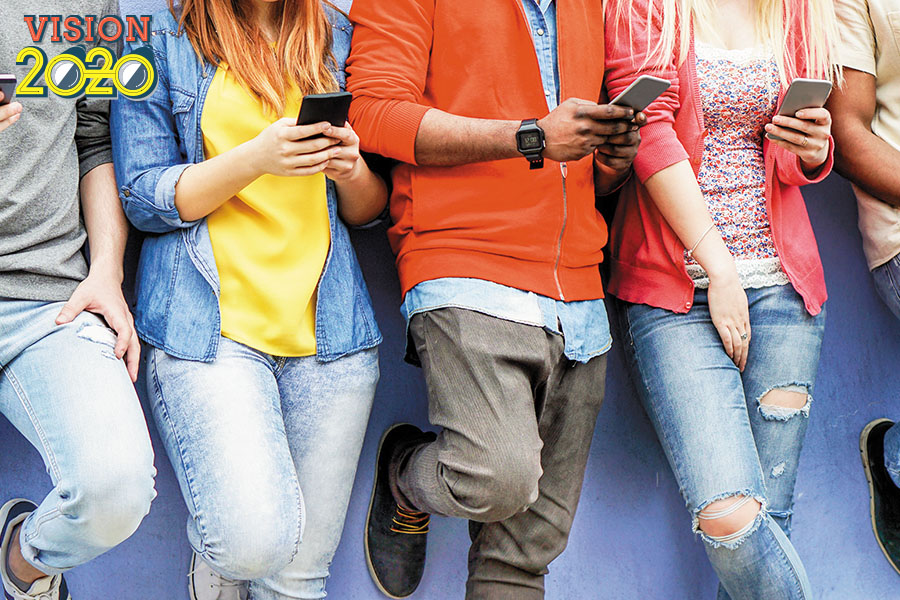 You can tell the transformational nature of the last decade in advertising, marketing and media by studying the rising new categories at Cannes Lions Festival of Creativity. The new additions tell us how advertising has evolved from TV, print, outdoor and direct to include new media, new social focus, new content and a wide variety of touchpoints. We saw the introduction of categories like Glass: The Lion for Change, Sustainable Development Goals, PR, Social and Influencer, Creative Data, Product Design, Brand Experience and Activation, Creative Ecommerce and Mobile. None of these existed in the decade before. These new categories define the decade and show us where advertising is coming from, and where it is going. Born in the decade
As an agency, we were born in this decade with our mantra “Create acts not ads” and our first big campaign for Gillette that created a relatively new media sound. In January 2010, our idea Gillette ‘Women Against Lazy Stubble’ started a new kind of brand movement led by digital and activation. It was among the first campaigns of the decade that started out on Facebook and gained popularity on mass media like TV and print. In a sense it was also among the first brands to use social influencers to lead the marketing cause. It won the P&G Global Award and the Gold at Cannes Lions and was recognised multiple times at the Effies India, including the Brand Equity Gold for bravery. It was acknowledged by many industry leaders as the first truly digital-led integrated campaign.

Brand Purpose
The decade also saw greater focus on ‘brand purpose’. Tata Tea’s ‘Jaago Re’, Surf Excel’s ‘Dirt Is Good’, P&G Ariel’s ‘Share the Load’, P&G Whisper’s ‘Touch The Pickle’ and PepsiCo Mirinda’s ‘Release The Pressure’ were some of the highlights of the purpose-conscious decade. Brand purpose urged companies to think more holistically about business and society. There was greater consciousness of the ecosystem. It asked uncomfortable questions. What is the contribution of the brand to the lives of people they serve, beyond the commercial exchange? What difference will the brand really make? Does it matter if they exist at all? Brands that knew ‘why’ exhibited greater commitment and communication energy.

'The 2010s were a warm up in gig economy': UrbanClap's Varun Khaitan

Attention-deficit decade
The rise of smartphones meant more content every minute. In the past, people used to consume one form of media at a time, but in the last decade, audiences had many more apps running at once. They were watching TV, while simultaneously posting on Twitter, viewing their Instagram feed, and shopping on Amazon. It was an ADHD world, a decade of attention deficiency. As people consumed content on the move, and between sleep, the content had to be delivered quickly. We saw advertisers trying to beat the ‘skip’ button by creating 5-second ads. Facebook pioneered ‘Thumbstoppers’ to get the immediate attention of consumers—the programme was aimed to inspire, educate and empower the creative agencies to believe ‘powerful storytelling is possible in less than 10-second video ads’.

Need for authenticity
The decade saw an unconscious response to the rising fake news phenomenon. We witnessed more real stories playing out in advertising. The stories of the Phogat sisters for JSW Steel or ‘Barber Shop Girls’ for Gillette and numerous other advertorials and docu-ads were proof that the world was hungry for the real thing.

Creativity was about empathy, not just imagination. When we created the campaign for Mirinda #ReleaseThePressure (a plea from teenage children to their parents to go easy on them before and during exams), we did not write any of the dialogues. Every word spoken in our three-minute film that went viral was borrowed from our audience—from the personal letters that children wrote to their parents. That was authenticity. Over the last 10 years, we saw more and more real human stories and confessions turning into brand stories.

'The definition of travel is changing': Oyo's Ritesh Agarwal

Breaking stereotypes
The decade also witnessed the conscious questioning of stereotypes that was prevalent in communication. Discussions and provocations around diversity in advertising, media and marketing saw new dynamics at work.

The Glass Lion at Cannes that was introduced in 2015 highlighted this new consciousness. Glass Lions Awards honour campaigns for change that challenge gender bias and shatter stereotypical images of men and women while remaining rooted in marketing messages.

We were fortunate and thrilled when our work for P&G Whisper ‘Touch The Pickle’ won the inaugural Glass Lion Grand Prix. Announcing the award, Cindy Gallup, the first president of the Glass Lion Jury, said: “We were laser focussed on work that challenges and shatters gender stereotypes and has the power to effect true cultural change. What made the [Grand Prix] decision unanimous was that we have in ‘Touch the Pickle’ a campaign that takes on the challenges of a huge gender issue… in a very open and disruptive way… and is humorous and engaging.”

Explosion of video
This reflective capture of the past is not meant to be a full list of the decade that changed advertising. There’s so much more—the rise of video, the explosion of mobile devices, the advances in video marketing and the growth of big data. We all know this because we are all living this.
Going forward, it is difficult to predict exactly what the coming years will bring. One thing is certain, the next decade will move even faster than it has during the last 10 years. Brands will need to be more agile, and able to adapt and react quickly. As an industry we take too long to respond to situations.

In the new world of instant media, we need more real-time responses. Our systems, people and mindsets will require newsroom-like speed and urgency. It’s all about responding quickly to a context. As the futurologists say, “It’s going to be a decade of meaningful attention and quality brand experiences.”