Move will not help the bank; it makes things more uncertain for Bakhshi: analyst 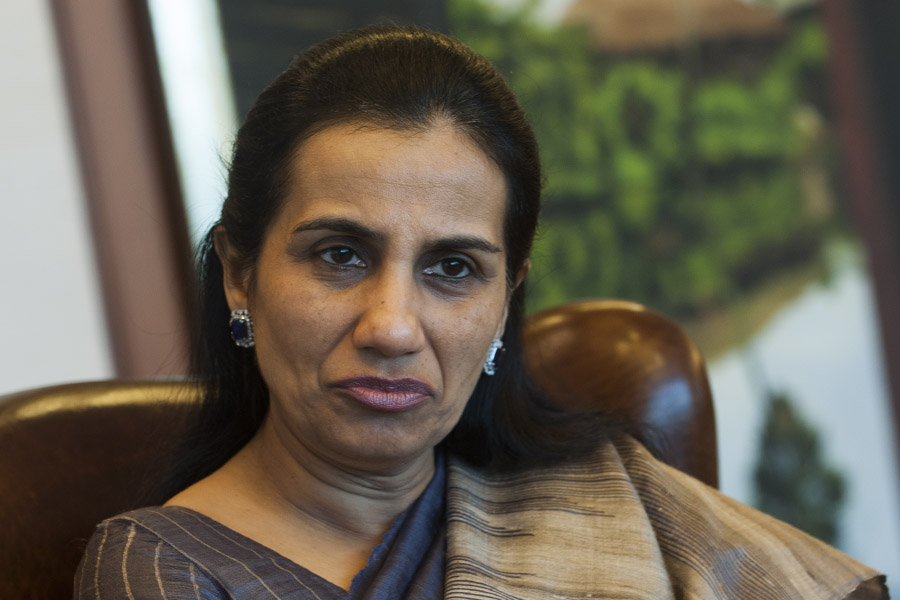 Chanda Kochhar first joined the erstwhile ICICI in 1984, as a management trainee
Image by: Vikas Khot
The story line on one of India’s most celebrated and high profile bankers, Chanda Kochhar, appears to be drawing to a close, nine years after she took leadership position at the bank in May 2009.

The 56-year-old Kochhar – who has been in the firing line for several months on accusations of nepotism which favoured a company NuPower Renewables (set up by her husband Deepak Kochhar) – has decided that she will go on leave until an enquiry into the matter is concluded.

Kochhar has been on leave since June 1, but the bank had earlier this month said that this was her planned leave.

The board has now appointed ICICI Prudential Life Insurance’s managing director and CEO Sandeep Bakhshi as the chief operating officer (COO) of the bank. He will take charge on June 19.

Bakhshi, an ICICI group veteran for the past 32 years, has served as a deputy managing director and head of retail at ICICI Bank in earlier years.

Bakhshi will report to Chanda Kochhar, who will continue in her role as MD and CEO of ICICI Bank, the bank said after a lengthy board meeting on Monday. But with Kochhar on leave, the board has decided that the “the COO will report to the board”.

But analysts tracking the company are not too convinced about the bank’s latest move. “This decision will not help the bank. She [Kochhar] should have either quit the bank or decided to be in charge,” said an analyst with a foreign brokerage, on condition of anonymity.

“It places Bakhshi in an unfamiliar position, neither here nor there. In the best interest of stakeholders, this is not a great move,” he told Forbes India. The ICICI Bank stock on Monday closed up 3.61 percent or 10.2 rupees at Rs 292.5 at the BSE, prior to the board’s decision.

The ICICI Bank stock has usually risen each time some negative news emerged against Kochhar.

In April, the bank’s non-executive chairman M K Sharma had met top mutual fund houses and institutional investors to send the message that the institution is bigger than one individual.

Kochhar had until recently enjoyed full support of the board, but following a fresh anonymous allegation complaint against Kochhar from a whistleblower – the second such person to do so -- the board decided to investigate into the allegations of a quid pro quo against Kochhar.

The market regulator Sebi had earlier this month issued a show cause notice against Kochhar and ICICI Bank for violating the bank’s code of conduct by not making necessary disclosures.

Besides the new allegations, Kochhar faces allegations from an investor Arvind Gupta who raised these through his blog post in March 2016.

This related to a Rs 3,250 crore loan extended by the bank to the Videocon Group in 2012. Kochhar’s husband Deepak Kochhar had started a joint venture, NuPower Renewables, with Venugopal Dhoot. The Videocon promoter allegedly loaned Kochhar Rs 64 crore through his company Supreme Energy and then transferred its ownership to Deepak Kochhar for Rs 9 lakh. ICICI’s Videocon loan, in 2017, turned into a non-performing asset (NPA). ICICI Bank has also said that none of the investors of NuPower Renewables were borrowers of ICICI Bank.

Kochhar has denied any wrongdoing. The bank on its part has clarified that Chanda Kochhar was part of the credit committee meeting which evaluated the Videocon loan in 2012.

The CBI is investigating the loan transaction to understand if there was any wrongdoing.

The board had, at that time in March-end, told the stock exchanges in a notice that it came “to the conclusion that there is no question of any quid pro quo/nepotism/conflict of interest as is being alleged in various rumours.”

Kochhar, who has won several leadership awards over the past two decades, first joined the erstwhile ICICI in 1984, as a management trainee. She has been recognised as being instrumental in building ICICI Bank to the size it is today. In the 1990s, she was involved in building up the infrastructure industry group of the bank, surrounding lending to power and telecom businesses.

In the 2000s, she has focussed on building the bank’s retail business, besides technology and innovation and distribution channels across India and overseas. Prior to her term as the CEO – succeeding KV Kamath, she spent two years as joint managing director and CFO of the bank.

ICICI Bank's year-on-year net profit for Q4FY18 (January to March) fell nearly 50 percent, to Rs 1,020 crore, as bad loans and provisions soared. Its net NPA ratio for the three months to March rose to 5.4 percent from 4.6 percent in the previous quarter.

Kochhar’s celebrated banking rival, Axis Bank managing director and CEO Shikha Sharma has curtailed the tenure of her fourth term at her bank to six months (now December 31, 2018) from the earlier three years (to end May 2021), after the RBI called for a reconsideration recently.

Tweets by @forbes_india
These are the world's most valuable brands
FIFA World Cup 2018: Head off to a Russian holiday