Some of the largest advertisers have pulled out of Facebook for ethical reasons. Will they commit to solving the real issues, and can Facebook draw the line between popularity and profit? 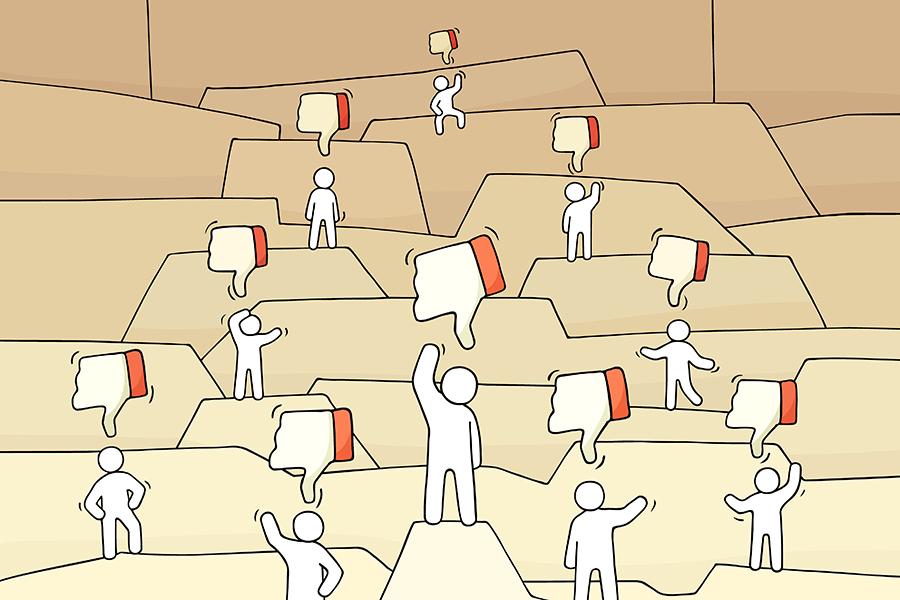 Till a few years ago, it would have been difficult to understand the relationship between hate, division, discriminatory content and misinformation on the one hand, and profit on the other.

Making sense of the evolving world has become imperative as the core ‘purpose of a corporation’ has been redefined to include its responsibility towards employee engagement, customer delight, supplier ethical practices and supporting outside communities before maximising profit to the stakeholders.

The ad boycottIn a very significant development, even as in its infancy, some of the largest advertisers on Madison street (Unilever, Verizon, PepsiCo, Honda, Coca-Cola, Starbucks, Diageo and Jim Beam, amongst 180 plus others) have joined #StopHateforProfit campaign and temporarily suspended their advertising on the platform.

The campaign is organised by several advocacy groups, including Color for Change, NAACP, Anti-Defamation League, Sleeping Giants, Free Press, and Common Sense Media. They are planning to take the movement worldwide as they realise that big brands around the world spend their marketing dollars on Facebook.

Facebook has been at the receiving end of one nightmare to another—fake accounts, fake news, brand safety concerns, filter bubbles, controversies, misjudgments, inauthentic ads, data leaks, falsified metrics and more. And yet has almost always succeeded in weathering the storm, surviving several viral hashtags and controversies.

This time, however, it is different. You have near 98 percent-plus of some 70 billion ad revenues of Facebook coming through over 8 million active advertisers. The advertiser beast, unlike the consumer-driven #DeleteFacebook campaign, has got teeth which bite. No wonder Facebook’s stocks have taken a beating. Just as privacy policy has been under a perpetual review, the social media giant needs to put their ad policy under a close review.

Even as $60 billion of market cap of Facebook has eroded in the past two days, it’s still early yet. The extent to which Facebook’s revenues may get affected remains to be seen, as there is a substantial chunk that comes from small and medium-sized businesses. In a connected and globalised world, the domino effect impact can’t be ruled out. Ironically, the power of network effects in a platform economy that powers Facebook’s supremacy has come back to haunt it.

Even as Mark Zuckerberg himself has addressed the public and Facebook has announced its intent in working to close the 'trust deficit', all of us inhabit a fragile world. Businesses and individuals get built and get destroyed over small yet powerful catalytic forces.

The issuesThe issues involved are myriad and turn some of the long-held assumptions on its head, sometimes counter-intuitively.

What if the sales of advertisers who put a temporary stop remain unaffected? Would the famous '50 percent of the money I spent on advertising is wasted, I don’t know which half' adage come back to haunt the big daddies themselves, and would it lead to a review of the monopoly power of social media giants? That will be a defining moment.

Then there is the issue of who benefits from the lost Facebook ad dollars. Google? Or e-commerce platforms like Amazon? Of late, Amazon has eaten into ad dollars what with its ability to provide ‘brand-safe’ environments with no encumbrances of landing the client brand in an awkward ‘content adjacency’ situation to ‘extremist’ or questionable content.

Every new medium, including traditional media and the Internet, has been a subject of bashing at various stages of their evolution. Social media in general and Facebook, in particular, is no exception. And the world is perhaps a little unkind in not granting the benefits from Facebook that are real—connections, relationships, convenience, entertainment and more.

To be fair to Facebook, hate speech is an online problem. Wherever there is the internet, there is one. It is just that Facebook’s dominating platform, its unprecedented access, global footprint, evolved algorithms and single-minded profit motive, makes the impact what Facebook has enjoyed all the while—larger than life!

Yes, Facebook’s bottom-line is too strong to survive any hit for now. But the perception shift in an age of tectonic shifts—that’s another thing.

Reputation has an appreciable impact on market value. The State of Corporate Reputation in 2020: Everything Matters Now, a report published by Weber Shandwick and KRC Research, reported global executives attributing 63 percent of their company’s market value to overall reputation. For a tech giant like Facebook with a market cap of $630 billion, the reputational risk can lead to a market cap hit of a whopping $400 billion. Reputation is fragile. Public trust matters.

Platform governanceThe dominant supremacy of platforms needs to be understood in the context of the power they wield owing to their motivations (profit-first), their scale (larger than the largest of governments and countries), and network effects (multiplier effect like the hydra-headed dragon). This has enabled them to disrupt markets, circumvent institutions, transform societies and influence democratic processes.

With lines blurring between real and virtual life, governance needs to address definitions as platform practices and processes come into question. ‘Friends’, ‘Share’, ‘Like’, ‘Private’, ‘Speech’, ‘Privacy’, ‘Trusted’, ‘Popular’, ‘Transparency’, and ‘Accountability’ need to be defined globally and simply—not in ‘as-it-suits-us-when-it-suits-us’ mode by private platform ecosystems.

Platforms need to incorporate public values—privacy, probity, security, truth, fairness, accountability, democratic control—and deliver public good, not the other way around. Governance requires to bring control back to where it belongs—to those who supply the attention, the monies, the content and the trust. These are individuals, markets, government and civil society.

The opportunitySince social media boycotts have a limited shelf life, for the world, it is an opportunity to fix the broken media ecosystem (platforms, editorial, marketers and audiences) and help build a healthier internet. This is even as Facebook becomes a victim of what it is sometimes alleged to perpetuate—the misinformation pandemic.

Pressure tactics by advertisers are one thing. Becoming a part of the problem and trying to solve the real issues of trust and privacy, besides ROI on dollars spent, is another.

Where will Facebook draw the line? And will the advertisers commit to solve the real issues? Only time will tell.

5,028
Thank you for your comment, we value your opinion and the time you took to write to us!

Tweets by @forbesindia
Prev
Make diversity and inclusion a group agenda
Next
JioTok: The next billion-dollar baby?