The unfortunate case of Chanda Kochhar—notes from a former colleague

An efficient legal system is an easy solution, perhaps essential, but not necessarily effective. If it was, we would not have had an Elizabeth Holmes and a Sam Bankman-Fried following in quick succession. We need to look beyond what law can accomplish 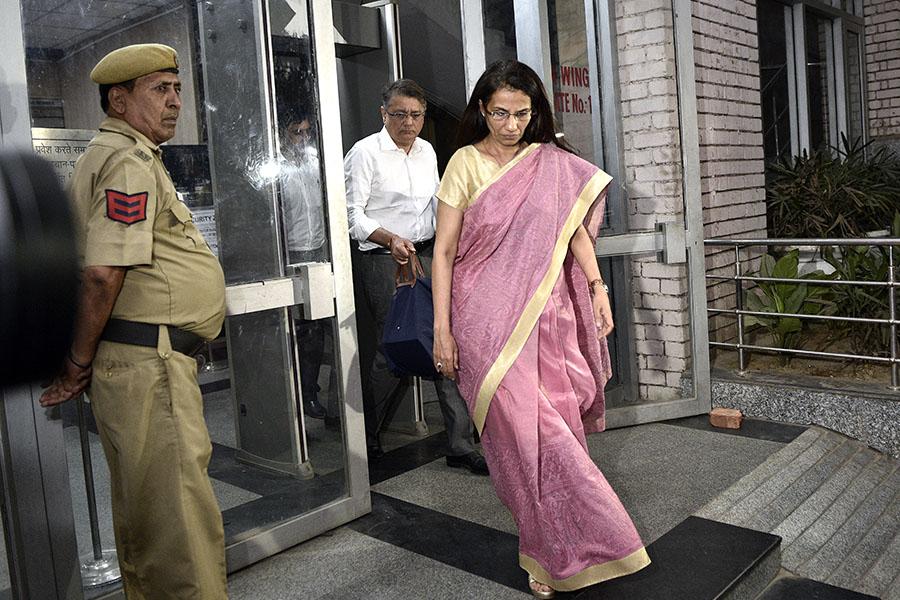 Chanda Kochhar, the former head of ICICI Bank, and her husband Deepak were arrested on December 23, 2022. I have been tracking the developments related to her and the ‘high value’ loans she alleged has made available to the Videocon group, ever since the story was broken in 2018. However, my reason for doing so isn’t so much for the enormity of the alleged scam. Nirav [Modi] and Mehul [Choksi] have proven that they can do far better. When it comes to plundering at scale, some of our industrialists seem to be breaking new ground ever so often. More frequently than even unicorns get minted!

This case and its developments were of particular interest to me because Chanda Kochhar’s career in ICICI started in an office that she shared with me and another colleague at the erstwhile ICICI Bank, known as the Industrial Credit and Investment Corporation of India (ICICI). It was in 1984, if memory serves me right. She had just completed MBA from the Jamnalal Bajaj Institute of Management Studies, literally next door to the Mumbai office of ICICI, just north of Nariman Point, with a gold medal. She was also a qualified cost accountant by then, over and above being an economics graduate.

Very soon all of us realised that Kochhar was destined to be a star amongst all of us young credit professionals who had joined ICICI Bank then as ‘junior officers’. She was the picture of quiet efficiency who could, for example, count in a jiffy, pages and pages of numbers, two digits at a time. What added an element of magic to her early career was the daily evening visit of a young, man, handsome enough to be in the movies or in modelling. Some of us who knew her were introduced to Deepak Kochhar, and the two had decided to tie the knot.

Since then, over the years, we all watched her career race ahead, not without the tinge of understandable envy. Apart from her sheer brilliance as a finance professional, she seemed to navigate the institutional rapids of ICICI, one of the three most significant financial institutions at that time, well; presumably with a little help from a few in the ICICI leadership who had spotted her potential to lead the corporation one day.

Chanda was soon part of the brilliant constellation of highly successful female executives of ICICI who had broken the glass ceiling—Lalita Gupte, Shikha Sharma, Kalpana Morparia, Vedika Bhandarkar, Renuka Ramnath, Madhabi Puri Buch, Vishakha Mulye, and many more. All of them eventually went on to make a name for themselves outside ICICI too.

None of us, however, seemed to have noticed anything about the young and rising star, to suggest this unfortunate denouement one day. She was a perfect picture of work-life balance, making time for her family and her religious pursuits in the midst of running a business.

The role of corporate governance

As I tracked the progress of this case over the past five years, the inescapable question that kept crossing my mind was if the alleged improper loans were the result of a leader gone astray? Or that of a corporate governance system that did not seem to be doing its job? Or was it above all symptomatic of a larger malaise in our society that seemed to place pecuniary gain above all else?

Legal processes will take its course to uncover the truth and the role that Chanda Kochhar played in this episode. The media will meanwhile feed the frenzy of a society that seems to wait for its daily dose of scandal, like the people of Rome baying for justice against Brutus.

But I believe a few observations about the state of governance and business leadership would not be out of place, even as we await the legal verdict that may not come any time soon.

Banks are known to have improved their processes of lending, inter alia, to pre-empt decision makers from using their authority to dish out favours and/or otherwise to line their own pockets—even if it was almost always a case of locking the stables after the horses had fled.

Also read: How Sandeep Bakhshi has quietly but firmly turned around ICICI Bank

The accounts in the press suggest that ICICI Bank had similar internal supervisory mechanisms in place. The question, therefore, that one might want to ask is not so much how one individual managed to get the committee to vote as she wanted it to, but how the system allowed such decisions to be made.

Our governance systems seem to throw up far too many instances of malfeasance. They keep popping up with almost unfailing regularity. All of them cannot be pinned on to the avarice of any one individual.

The institutionalisation of greed

The second and larger factor is perhaps the emphasis our society seems to place on money as a measure of success.  Professor Prasanna Chandra, my professor at IIM-B, a successful investor and author of many popular books on investment and finance, once made an interesting remark: For a society that teaches us to treat wealth as an evanescent possession and instead exhorts us to pursue everlasting non-materialistic spiritual goals, the extent of prestige we attribute to money in our social and public life is remarkable and intriguing.

How else does one explain the numerous such instances of financial misdemeanour that we witness or get to hear of in India? We are proud of the number of Indians who make it to the global lists of the super-rich, even as many Indians still do not have money to cremate their dead. A leading national financial daily has almost a page, a few days every week, devoted to inform us of the daily habits of the wealthy. The publisher of an online startup-focused journal once lamented in a talk to students at my school about how entrepreneurship seemed to be all about raising Series A and becoming a unicorn.

It is not as if there aren’t interesting things going on around us in the world of business. There are selfless people who solve important problems without hoping to become unicorns or make dubious public offerings of stocks. There is a startup that solves Bengaluru’s garbage woes, and makes useful consumer products and energy out of it while making life a tad better for those who help collect it. There is this other startup that has made ophthalmic screening and treatment of ophthalmic disorders affordable at scale, inspired by the pioneering work of Aravind Nethralaya. There are many such examples of businesses that strive to create social impact at scale. They do not make it to the front page of our financial dailies. We do not celebrate them. If they are invited to panel discussions on entrepreneurship, it is as a grudging concession to inclusiveness and sustainability.

It is troubling to see so many highly educated professionals, trained in globally reputed institutions, who have accumulated enough wealth to allow many generations of their posterity to lead a life of luxury, allegedly resorting to improper methods to garner even more wealth.

What could have gone wrong with our business leaders? What seems to pervert their sense of judgement if indeed they have been guilty of the misdemeanours they have been accused of? How do we build a generation of leaders who know to tell right from wrong? And abide by the Biblical exhortation that prays, "lead us not into temptation"?

An efficient legal system is an easy solution, perhaps essential, but not necessarily effective. If it was, we would not have had an Elizabeth Holmes and a Sam Bankman-Fried following in quick succession. We need to look beyond what law can accomplish.

The massive premium we seem to place on the accumulation of personal wealth does seem to drive many among the youth of the nation to pursue wealth any cost. It is possibly the result of a society that is breaking out of centuries of financial deprivation. And may be this too shall pass. Hopefully.

G.Sabarinathan, PhD, teaches at IIMB. He claims his writings are deeply inspired by Khushwant Singh’s idea of malice towards one and all. Views and reflections in this article are personal.

10,623
Thank you for your comment, we value your opinion and the time you took to write to us!