Agriculture 4.0 is a potential solution to meet food and climate goals

This advanced variant of precision farming has the ability to make farms more profitable, efficient, safe, and environment-friendly 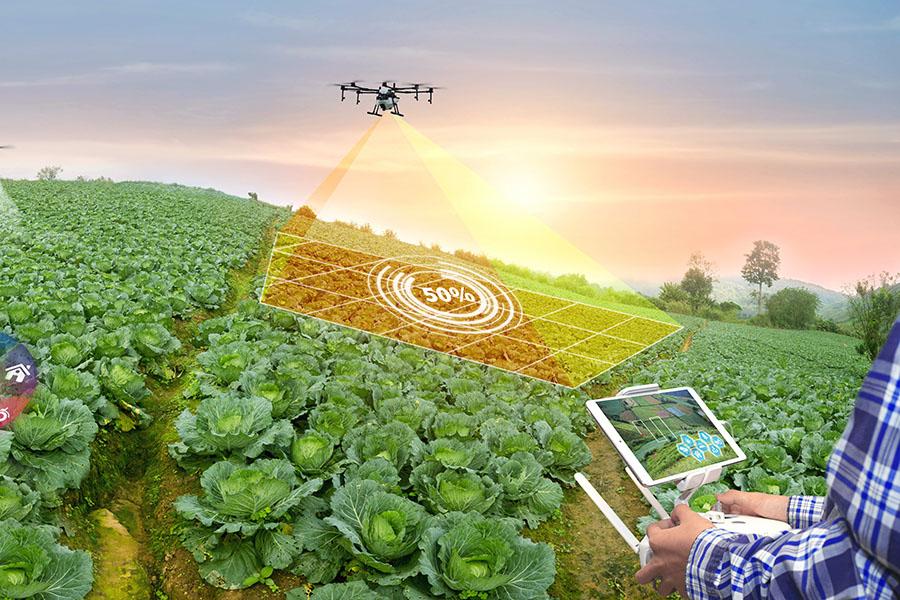 There is an urgent need to democratise the use of technology in agriculture sector. Image: Shutterstock

Every year, nearly one-third of food produced for human consumption—worth  over $1 trillion and weighing approximately 1.3 billion tonnes—is lost or wasted globally. At the same time, nearly 828 million people go to bed hungry every night. These statements, culled out from two separate UN World Food Programme reports, do not paint a picture of irony. They merely draw attention to the fact that one of the primary causes of rising hunger around the world is food wastage or loss.

It is more obvious than ever that our food systems in their current state are inadequate to end poverty and hunger. A potential solution is the use of technology such as big data analytics and AI to improve the yield or income per acre of farmers—so that they remain invested in agriculture.

Agriculture 4.0, a considerably more advanced variant of precision farming, has the potential to transform the traditional farming industry.

It refers to the use of the Internet of Things (IoT), big data, artificial intelligence, and robotics, to extend, accelerate, and improve the efficiency of activities throughout the entire production chain. It differs significantly from conventional farming practices, which control crop watering and spraying pesticides or fertilisers uniformly across the field. Instead, farmers will need to be more targeted and data-driven in everything they do—from crop selection to deciding which part of the field to grow what type of crop. Future farms will use robots, temperature and moisture sensors, aerial photographs, and GPS technology to increase efficiency. These innovative techniques, collectively referred to as advanced or high-tech precision farming, will make farms more profitable, efficient, safe, and environment-friendly.

Also Read: How to reshape the future of Indian agriculture

While the adoption of Agriculture 4.0 is still a few years away, precision farming has taken off in several countries. The farming sector in India is split into two levels. First, where farmers continue to use traditional farming methods to grow crops, and the second, where farmers have begun to use precision farming techniques to up their game. The second cohort is already reaping the benefits of using technology with better yields and a higher income per acre.

Consider the case of some grape farmers in India who have begun spotting and geo-locating crop diseases or pestilence, allowing them to control infestations earlier and in a more precise manner. This also leads to lower use of harmful pesticides on the crop. Several new-age farmers are also using soil mapping software to determine the optimum level of fertiliser use in their farms. They are also using drones to spray pesticides in a more targeted manner.

Also Read: Agritech startups have arrived. What will it take to scale impact and profits?

Sugarcane farmers in India have started using technology to gauge the most appropriate time to harvest their crops, allowing them to better plan their harvest and maximise output. Several Indian farmers have also begun to use AI/ML-powered technologies to forecast crop yield, weather conditions and price trends in our mandis. A few farmers have also begun testing self-driving tractors and seed-planting robots to free their farms from the vagaries of labour shortages.

Precision farming holds promising results in increasing food production, enabling better use of arable land, better usage of precise pesticides and fertiliser applications and sustainable farming methods.  However, it is also important to consider the logistics and warehousing aspects of food distribution to reduce wastage, loss or pilferage.

There is an urgent need to democratise the use of technology in our agriculture sector. The application of farming technologies, combined with a strong monetary policy to control food price inflation, will go a long way in addressing food security. When the who’s who of governments and the world of business meet at the World Economic Forum (WEF) in Davos, they will have to talk about food security, along with other pressing issues impacting the world. Food security is as much important as climate change, energy security, trade and technology. As per UN World Food Programme scrolls, the number of those facing acute food insecurity has soared—from 135 million to 345 million—since 2019. A total of 49 million people in 49 countries are teetering on the edge of famine. Therefore, there is an urgent need for nations to unite and work toward a world devoid of hunger.

There cannot be peace or prosperity in the world when roughly 10 percent of our people go to bed hungry. We have no future when our children become weak and emaciated due to a lack of food and nourishment. We have reached a tipping point, where action needs to come before the talk. Now is the time to save the world from hunger. Now is the time for us all to rise for a more equal and united world.

3,110
Thank you for your comment, we value your opinion and the time you took to write to us!