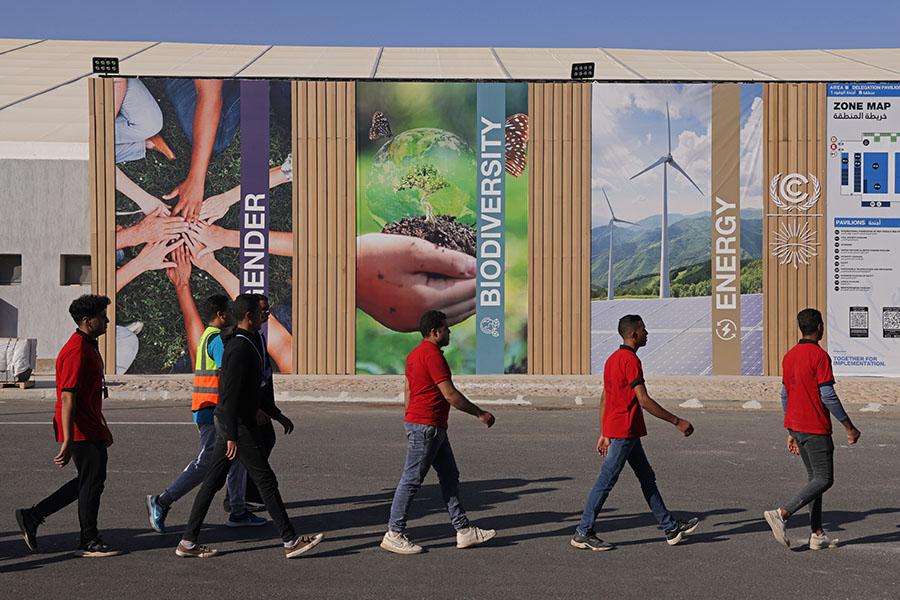 The Earth has undergone unprecedented warming in recent times. Nineteen of the 20 warmest years have occurred since 2001. The period of 2015 to 2019 included the top five hottest years on record. Heatwaves are becoming longer and more intense. India, in particular, experienced intense heatwaves this year, with temperatures reaching a record 49C (120F) in Delhi.

According to NASA, scientists attribute global warming since the mid-20th century to the greenhouse effect caused by human activity. The Intergovernmental Panel on Climate Change (IPCC) states that human-induced emissions are responsible for approximately 1.1°C of warming in the last century. Accelerating climate action through emissions reduction will remain the highlight of the United Nations Climate Change Conference (COP27) at Sharm el-Sheikh, Egypt, in order to limit global warming to well below 2°C and to keep the 1.5°C target alive.

Evidence of the impact of human activity on the climate system has evolved from theory to established fact with scientists identifying distinct human fingerprints in the atmosphere. With increasing sophistication in attribution sciences and climate models, scientists are able to quantify how much more likely a heat wave or flood is human-caused.

Since industrialisation, the atmospheric CO2 levels have increased by nearly 50 percent. There is evidence of noticeable isotopic signature of carbon left behind in the atmosphere when fossil fuels are burned. Humans are putting an estimated 9.5 billion metric tons of carbon into the atmosphere each year by burning fossil fuels, and another 1.5 billion through deforestation. The mounting price tag of climate change puts the responsibility directly on us.

The enormity of devastation caused by extreme weather events has brought into focus a question that has been lurking on the edges of climate change deliberations: Who should pay the cost of the death and destruction caused by human-driven climate crisis? Holding accountability for climate change reparations remains a critical concern globally. Historical responsibility for climate change is at the heart of climate justice debates. However, like other attempts to address historical wrongs, a feasible approach to climate justice is encumbered by the enormity of the injustices involved. Just as the problems of climate change overwhelm our cognitive and emotional faculties, the solutions also sometimes encroach on our comfort.

Part of the problem lies in the temporal and spatial discontinuities that accompany the climate justice conundrum. The strange weather tantrums we are experiencing today is the result of damage done years ago. Many of the perpetrators are dead; those who will suffer most aren’t born yet. Even if all emissions stopped, global warming would persist for generations. Similar is the issue of space—the lifestyle of the rich in one part of the globe is affecting others’ longitudes away. The distance between cause and effect makes it difficult to fix responsibility.

Climate advocates have long contested the relevance of individual responsibility for climate crisis versus holding the ‘big’ players accountable. For many, the focus on smaller personal actions can actually undermine the emphasis needed for substantive policy mandates against the ‘actual’ polluters like the fossil fuel industry or banks who finance ‘dirty’ energy. For them, personal sacrifices by individuals, like eco-laundry wash or switching to an LED bulb are not going to make a real impact. Catch the ‘carbon barons’, is what they say.

But all these arguments will not exonerate us from the guilt of having harmed our planet recklessly. The individual vs. collective action debate is inconsequential, considering the fact that we all are, in some measures, partners in crime—across geographies and generations— and we all must do amends.

Essentially, climate change warrants behavioural change. Pro-environmental behaviour is an emergent attitudinal construct that merits attention. While it’s true that individual action is alone not sufficient to address the larger climate crisis, it’s equally correct that individual responsibility is paramount to the climate justice question. Individual initiatives when taken up by billions of people can make a decisive difference.

Nearly two-thirds of global emissions are linked to human consumption. Household purchases account for 70 percent of global land use, 48 percent of raw material use, 81 percent of freshwater use, and 50-80 percent of natural resource use.

Clearly, a crisis of such gravity brings the responsibility back to us. Research shows that individual solutions can help mitigate up to 38 percent of emissions. Sustainable behaviours are key to handling the climate challenge, especially if scaled up through collective action. Social scientists say that when one person makes a sustainability-oriented decision, others do too.

Because climate impacts often feel so detached from individual actions and seem so far-off in the future, changing unsustainable behaviours becomes challenging. The climate benefits of changing behaviours are often invisible and so lack any direct motivation. It requires an outcome-oriented social architecture.

Applying social norms and incentives around consumption behaviour is a commonly employed intervention in environmental fields. Using interventions that appeal to pride and emotions can engage the nerve centres of the brain that are responsible for decisions. Positive reinforcements almost always work.

Also Read- COP26: Will India commit to or cop-out of climate obligations?

The fight against climate change is a long one, but it need not be a complex, excruciating process. Asking individuals to calculate their daily carbon footprint or personal carbon credits may be mentally draining. We don’t live our daily lives by way of algorithms and mathematical calculations. Simple lifestyle changes are what we need to be part of the climate solution.

For instance, reducing food waste is often identified as the most substantive solution for climate change mitigation. UNEP’s Food Waste Index 2021 reports that people globally waste 1 billion tonne of food each year, accounting for around 10 percent of greenhouse gas emissions. Although food waste occurs throughout the supply chain from harvest to consumption; the highest carbon footprint of wastage occurs at end-consumption, accounting for 22 percent of wastage contributing over 35 percent of food-linked emissions. In our individual capacity, there’s a lot we can do here.

Mission LiFE (Lifestyle for Environment) is India’s initiative to lead a global mass movement to nudge individual and collective action towards the environment. Its goal is to replace the “use and dispose” economy with a circular economy through people’s participation. The Indian Government unveiled a list of lifestyle practices that can promote climate-friendly behaviour. By leveraging social norms, it aims at making individual environmental-friendly behaviour a mass movement.

Meanwhile, climate activists are protesting over what they call as “greenwashing” at COP27 for having the “world’s biggest plastic polluter” as a sponsor.

The writer is a professor, department of business administration, faculty of management studies and research, Aligarh Muslim University.

1,623
Thank you for your comment, we value your opinion and the time you took to write to us!

Tweets by @forbesindia
Prev
Give children a say in the climate change and resilience building conversation
Next
Beyond the doom: Climate innovations that are bending the curve