Carbon Marker Watch said emissions from the eight World Cup stadiums had been under-estimated. It also questioned the way in which organisers said they would buy carbon credits to compensate for emissions that come from the tournament that runs from November 21 to December 18 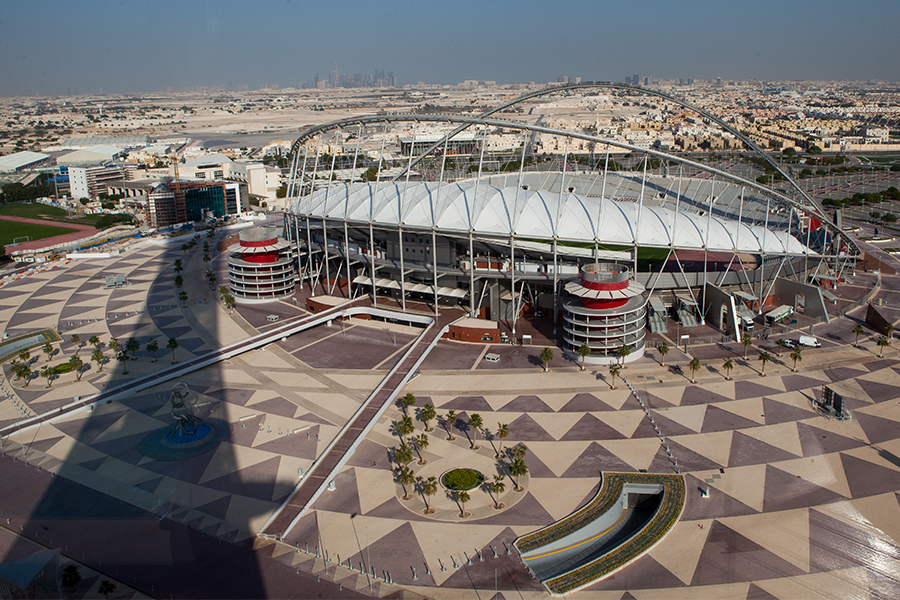 A climate activist group on Tuesday cast "serious doubts" on claims by the Qatar World Cup organisers that this year's tournament would be carbon neutral."The event will have a large carbon footprint, and the findings of this report suggest that the 'carbon neutrality' claim is not credible," Carbon Market Watch said in a study that the World Cup organisers called "speculative and inaccurate".
CMW said emissions from the eight World Cup stadiums had been under-estimated. It also questioned the way in which organisers said they would buy carbon credits to compensate for emissions that come from the tournament that runs from November 21 to December 18.
Qatar, which has spent tens of billions of dollars on new stadiums and World Cup-related infrastructure, said last year the tournament would be "the first" carbon neutral World Cup.

Organisers highlighted the compact size with just 75 kilometres (45 miles) between the two most distant stadiums and the "stringent" standards set for new construction and use of solar and renewable energy.
"Our investigation of the available evidence casts serious doubts on this claim," said CMW.
FIFA and the organisers said in a report last year that the tournament would generate 3.6 million tonnes of carbon dioxide—with the bulk caused by fans, players and officials flying to Qatar.
CMW said however that the estimates for emissions from the stadiums were inaccurate because they were spread over the lifetime of each stadium. It said the true emissions from stadiums could be eight times higher.
"Despite a lack of transparency, the evidence suggests that the emissions from this World Cup will be considerably higher than expected by the organisers," said report author Gilles Dufrasne.
A spokesperson for the organisers, the Supreme Committee for Delivery and Legacy, said: "We are on track to hosting a carbon-neutral World Cup."
The committee highlighted a new metro system, nearly 800 new electric buses and a new 800 mega-watt solar power plant.
"The methodology used to calculate the carbon-neutral commitment is best in practice and was designed to be based on actual activity data."
Final calculations can only be done after the World Cup and the spokesperson promised that "any discrepancies will be explained and offset" once data is released.
© Agence France-Presse

Tweets by @forbesindia
Crypto will not be hit as hard as other startup sectors: Sumit Gupta
Photo of the day: When legends collide