Over a decade ago, was facilitating carbon credits trading and management when few were talking about it in India. Today the Eki CMD and CEO Manish Dabkara and his 200-strong team helps 2,500 customers meet carbon offset standards, comply with renewable energy requirements, take steps towards carbon neutrality, and use nature based solutions 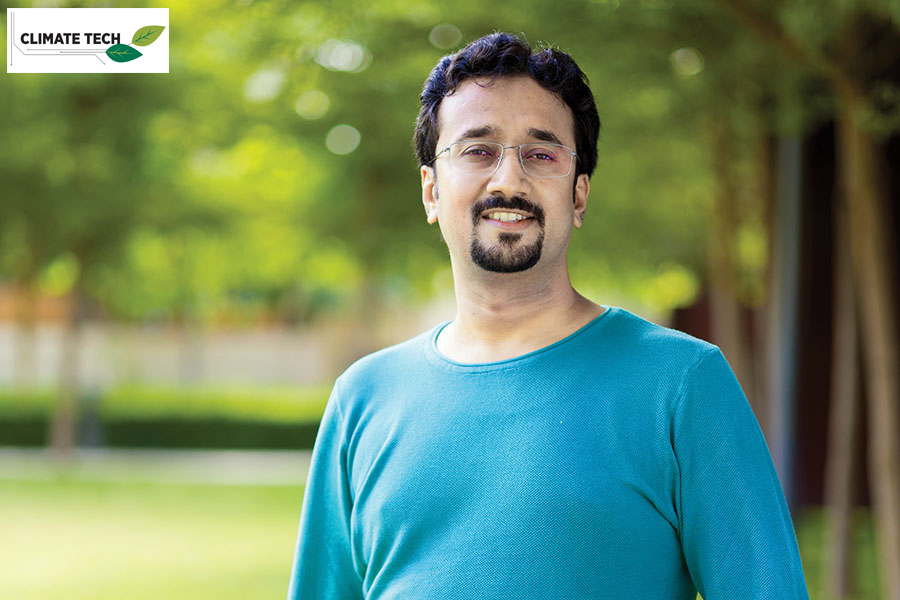 Over a decade ago, Manish Dabkara, CMD and CEO of Eki Energy, was facilitating carbon credits trading and management when few were talking about it in India. Any activity that reduces carbon dioxide by 1 tonne is worth 1 carbon credit—a certificate that such an amount has been kept out of the atmosphere. There are seven greenhouse gases and the reduction in any of them can yield carbon credits. “A tonne of methane eliminated, for example, will be worth about 24 carbon credits,” Dabkara says.

These reductions can happen either through preventing carbon from going into the atmosphere or by taking it out of the air, which is called carbon sequestration. Eki Energy helps customers manage their credits on both kinds of projects. Companies, for example, can buy carbon credits to ‘offset’ carbon emissions that couldn’t neutralise through their own efforts.

With an engineering degree in electrical and electronics engineering, and a master’s in energy management, Dabkara started his career as a validator and verifier, more commonly called auditor, at the Indian unit of SGS, the world’s largest testing, inspection and certification company.

He saw an opportunity to remedy some of the inefficiencies in the way consultants in that industry worked—for example by ensuring accurate inspections and documentation to bring down rejection rates of projects. He started Enking International as a proprietary firm, which he ran for about three years, before incorporating it as Eki Energy Services in 2011.

By 2013-14, Eki had helped some 50 greenhouse gas-related projects to be registered. Fast forward to 2021 and the company was facilitating tens of millions of carbon credits changing hands. Today the company’s team of about 200 specialists help more than 2,500 customers meet carbon offset standards, comply with renewable energy requirements, take steps to move towards carbon neutrality and use nature-based solutions.

In April 2021, Eki listed itself on the BSE SME exchange, the first such company to be listed in India. The IPO was oversubscribed by 3.66 times. Over the next nine months, its market value shot up to touch a billion dollars. Eki is currently valued at around $720 million.

The company reported FY21 revenue of ₹190 crore, a 189 percent increase over the previous fiscal. For the first nine months of FY22, ending December 2021, it reported revenues of ₹1,325 crore.

Starting around 2005, interest in carbon credits has gone up, down and up again now, Dabkara says. By 2021, some 190 countries had ratified the Paris Agreement, the 2015 landmark agreement on climate change that 195 countries signed—agreeing to hold down the rise of global temperatures to 2 0C over pre-industrial levels, but preferably 1.5 0C.

This all gave rise to a “compliance market” under which carbon credits can be traded, and the value of companies like Eki that can facilitate these trades has gone up. There is also a “voluntary market” for carbon credits, he says, that is growing in recent years, and this is currently an important area of focus for Eki, to help develop ever more projects that can yield millions of credits to be traded in the voluntary market. 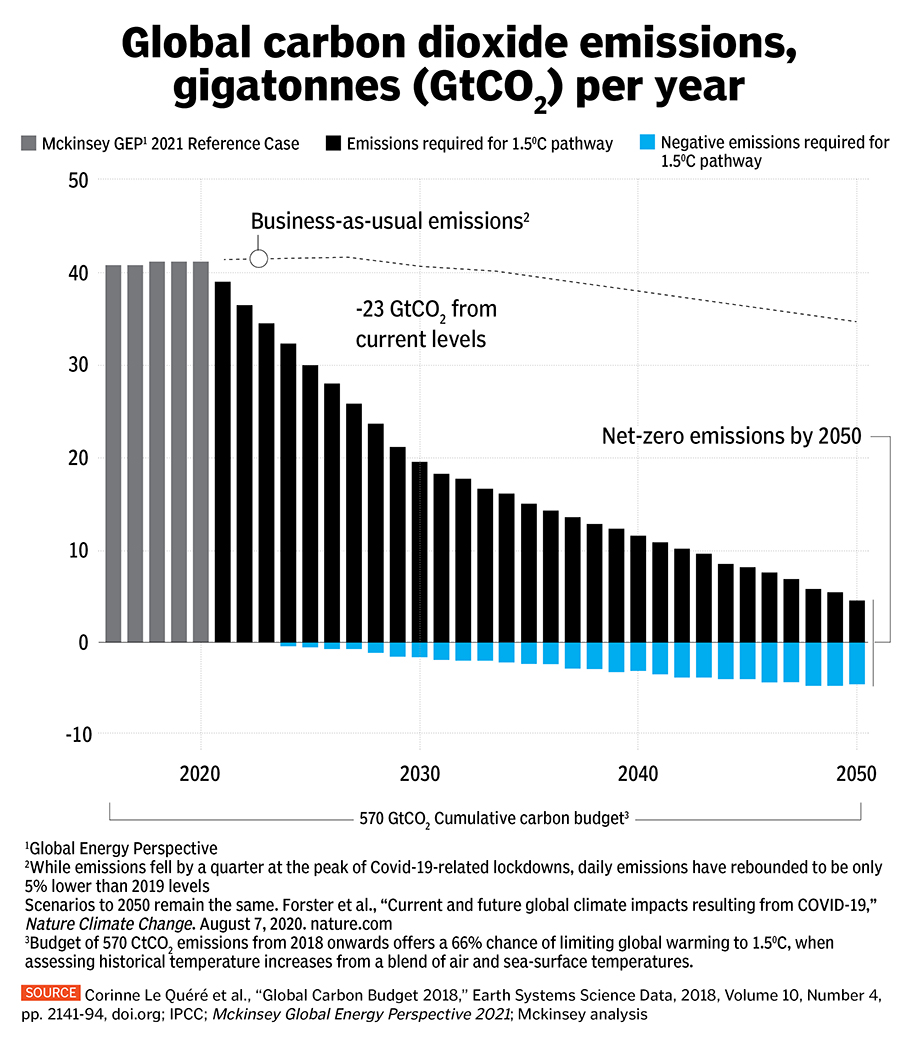 The Taskforce on Scaling Voluntary Carbon Markets, sponsored by the Institute of International Finance, estimates that demand for carbon credits could increase by a factor of 15 or more by 2030 and by a factor of up to 100 by 2050, noted consultancy McKinsey, which helped arrive at that estimate, in a January 2021 report. Overall, the market for carbon credits could be worth upwards of $50 billion in 2030, according to McKinsey.

“Voluntary carbon credits direct private financing to climate-action projects that would not otherwise get off the ground,” note McKinsey consultants Christopher Blaufelder, Cindy Levy, Peter Mannion, and Dickon Pinner in the report, titled ‘A blueprint for scaling voluntary carbon markets to meet the climate challenge’.

These projects can have additional benefits such as biodiversity protection, pollution prevention, public-health improvements and job creation. Carbon credits also support investment into the innovation required to lower the cost of emerging climate technologies. And scaled-up voluntary carbon markets can help bring more money to the developing and poorer countries, where there is the most potential for economical nature-based emissions-reduction projects, according to the report.

As the rules of the compliance market crystallise, via the upcoming COP27 (in Egypt in November) and COP28 (in the UAE, 2023) climate change meetings of nations around the world, that market will also become an area where Eki will develop projects, Dabkara says.

Among the projects that Dabkara wants to support are planting of forests that can act as ‘carbon sinks’ in India and neighbouring regions, sustainable agri projects, mangrove-based projects; and “deploy more than 10 million energy-efficient cook stoves to reduce forest degradation and improve the internal environments of rural houses”, he says.