As of this decade, there will be a lot of investments for SaaS and fintech, but we also want to find something truly different," the CEO of Better Capital VC, which is striving the fill the pre-seed gap in climate funding, says 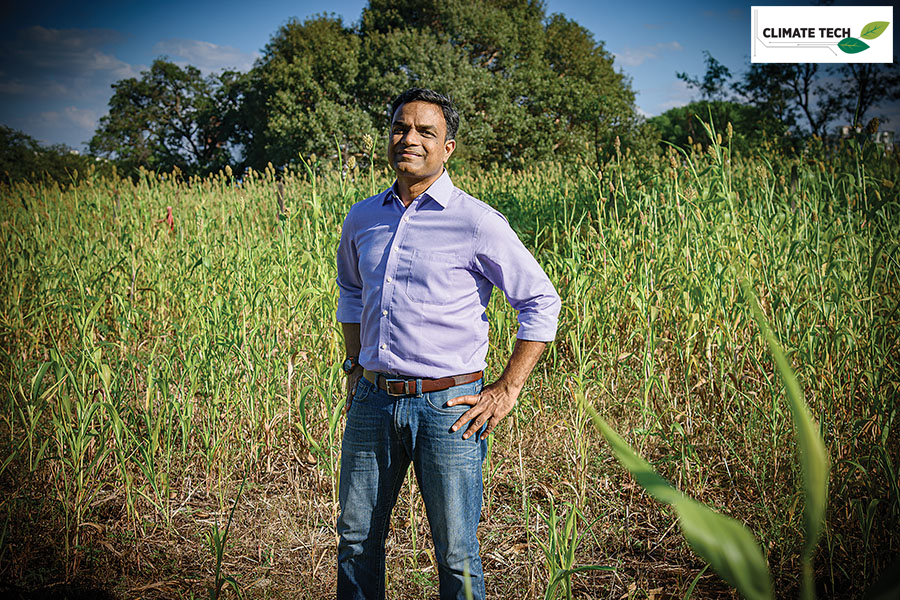 Addressing The Pre-Seed Gap Vaibhav Domkundwar’s Better Capital has ‘climate’ as a separate tab prominently on its website. “It is intentional,” Domkundwar says. He has been investing in startups and backing entrepareneurs for several years—from the time he was an entrepreneur in Silicon Valley. He returned to India 10 years ago to follow that pursuit from him hometown, Pune.

Over the last four years, he’s given that work a more formal structure through Better Capital, a VC firm he founded to address the pre-seed and seed gap in India’s blossoming startup scene, often getting in at the founding stage itself.

Today his portfolio of more than 100 startup investments is worth over $5 billion, he says. “As of this decade, there will be a lot of bread-and-butter investments, like SaaS and fintech, but we also want to find something truly different,” says Domkundwar, who is CEO. And climate is one of the new sectors he’s interested in, but that isn’t the only, or primary, reason. 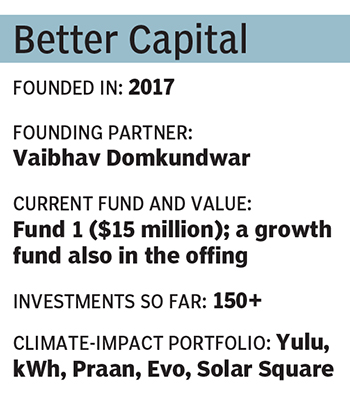 In India, “we are very early”, Domkundwar says, in terms of a VC firm actively looking for climate tech-related investments. “But we are committed to being a part of the solution.” He points to venture capitalist John Doerr’s book that came out last year about a climate action plan, and says, “I don’t think we can wait any longer. Climate change is not an issue where Silicon Valley or some other market will innovate for the whole world. We all have to innovate.”