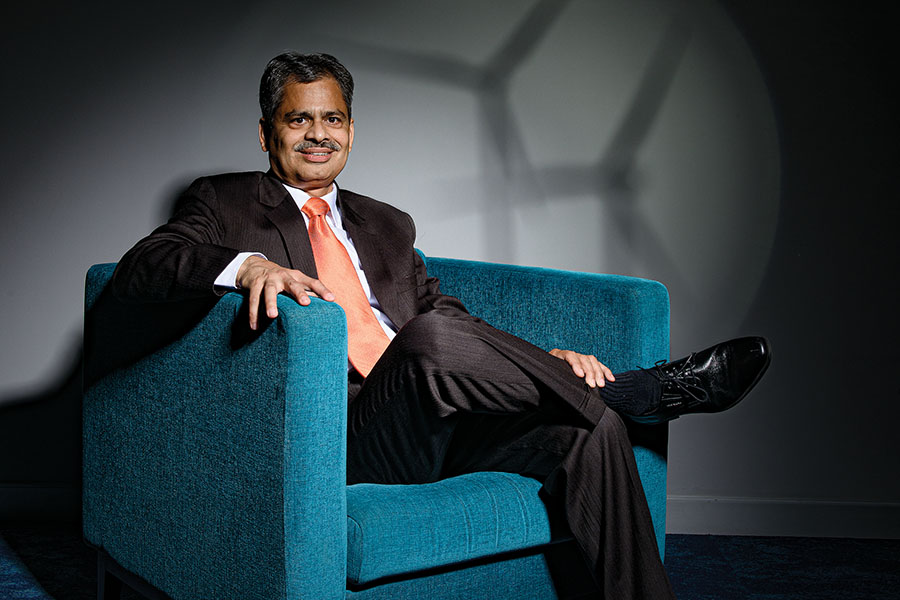 India’s goal of getting 50 percent of its energy from renewable sources by 2030, and commitment to becoming a carbon neutral nation by 2070 is exemplary, but it will require significant acceleration of efforts on multiple fronts, says Mahesh Palashikar, president of GE South Asia.

The stepping up of these efforts is also critical because India’s reliance on the hugely polluting coal-fired power plants for a significant share of its power will remain, by 2030 and beyond.

The government’s policies in recent years, which have helped to increase solar and wind power installations, is evidence of the intent. And the world of finance views India’s efforts and commitments in positive light, and this will be crucial because the transition to carbon neutrality will require investments of billions of dollars, he says.

“We have to accelerate these efforts, because time will fly,” he says. For example, “the auctions have happened, the bids have happened, but that’s not translating into much generation on the ground,” he says.

One of the ways India is promoting renewable energy is through auctions such as the ‘round-the-clock’ renewable power auctions, the first of which took place in May 2020.

Second, the speed of government clearances and procedures is still far from being fast enough, slowing down actual implementation on the ground. There are policies and directives, but between the national policies and the various states, the speed of execution continues to suffer, he says.

“Air pollution from coal-fired power plants is linked with asthma, cancer, heart and lung ailments, neurological problems, acid rain, global warming, and other severe environmental and public health impacts”, according to the Union of Concerned Scientists, formed originally at the Massachusetts Institute of Technology, and which today is a network of scientists that promotes science-based action for a greener and more equitable planet.

India is the third-largest producer and second-largest consumer of electricity worldwide, with an installed power capacity of close to 400 GW (gigawatt). India’s Central Electricity Authority estimates the country’s power requirement to more than double to 817 GW by 2030. The government aims to have 500 GW of that coming from renewable energy sources. 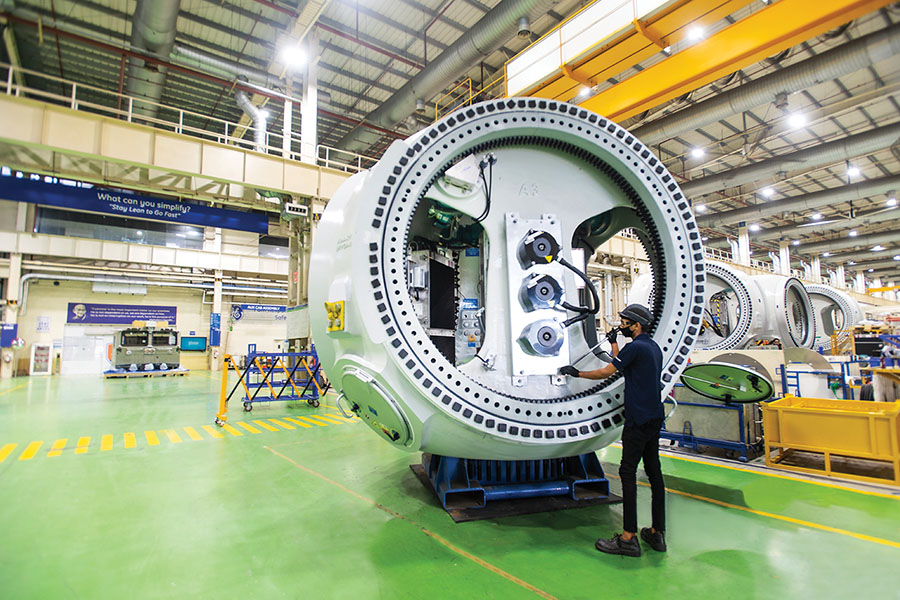 “We have to face the reality that we are going to have higher capacity,” Palashikar says.

And India’s projection for peak power demand by 2030 is that it will be 50 percent higher than March 2022 levels. That means the air quality control systems, emission control systems, flue-gas desulphurisation technology have to be all implemented to curtail the levels of emissions such as sulphur oxide and nitrogen oxide. In parallel, technologies that make the existing coal plants more efficient will also have to be adopted.

“Coal will remain a part of the new energy mix, it isn’t going to go away”, and so adoption and enforcement of these measures is critical, he says.

This means ramping up the renewables as quickly as possible is a top priority, and “round-the-clock hybrids are the best solutions and the nation will greatly benefit from them,” Palashikar says. 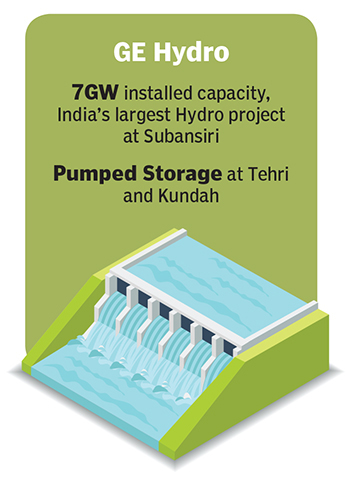 India’s first Round-The-Clock (RTC) contract that was awarded to ReNew Power, the country’s biggest renewable energy company, backed by investors such as Goldman Sachs, is far from true ‘round-the-clock’ because the terms of the contract were diluted significantly, experts have pointed out. Still it is seen as a step in the right direction.

From a technology provider’s point of view, GE can offer a combination of hardware and software for solar and wind, and pumped hydro and gas-based power complementing them. The approach is that no one size fits all, Palashikar says. The company also offers storage solutions, and the electronics and electrical control systems needed for these different options.

Depending on terrain and other conditions, GE’s customers have used hybrids such as wind plus solar, and wind, solar and pumped hydro as well, apart from battery storage solutions.

Wind turbine tech, for example, has advanced to the level where “nowadays even areas of medium to low wind speeds are suitable for wind power”, says Renjith VK, an engineering leader and wind energy specialist at GE. This is significant for India because wind speeds in India are lower compared with in parts of Europe, for example. 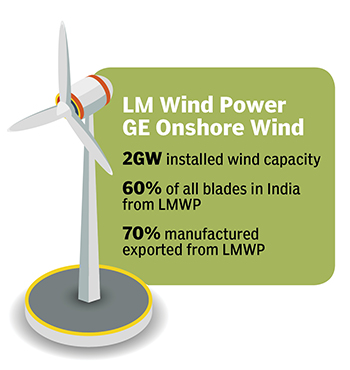 “Another thing I really like about wind power is that it doesn’t use any water,” says Arvind Bansal, CEO of Continuum Green Energy, a renewable energy company that operates India’s largest wind-solar hybrid farm, and has expanded its purchases from GE. “That is particularly sensitive for India and other countries around the world that are water stressed,” he says.

In India, 70 percent of the water consumption by all industries is by coal-based thermal power plants, “a dirty technology”, Bansal says. “Wind energy is able to displace that consumption of water and in my opinion scores way ahead of even solar energy,” he says.

Wind power is also more efficient than solar. It has a higher ‘plant-load factor’ — the ratio of actual power generated to the maximum that is possible — and utilises the transmission infrastructure better than solar, Bansal says. Therefore, even with the same cost at the point of production, the “landed cost” to the end user will be lower with wind power, he says.

The flip side is, of course, winds vary and are intermittent, so hybrid solutions are necessary to keep the supply and grids stable, Renjith says. 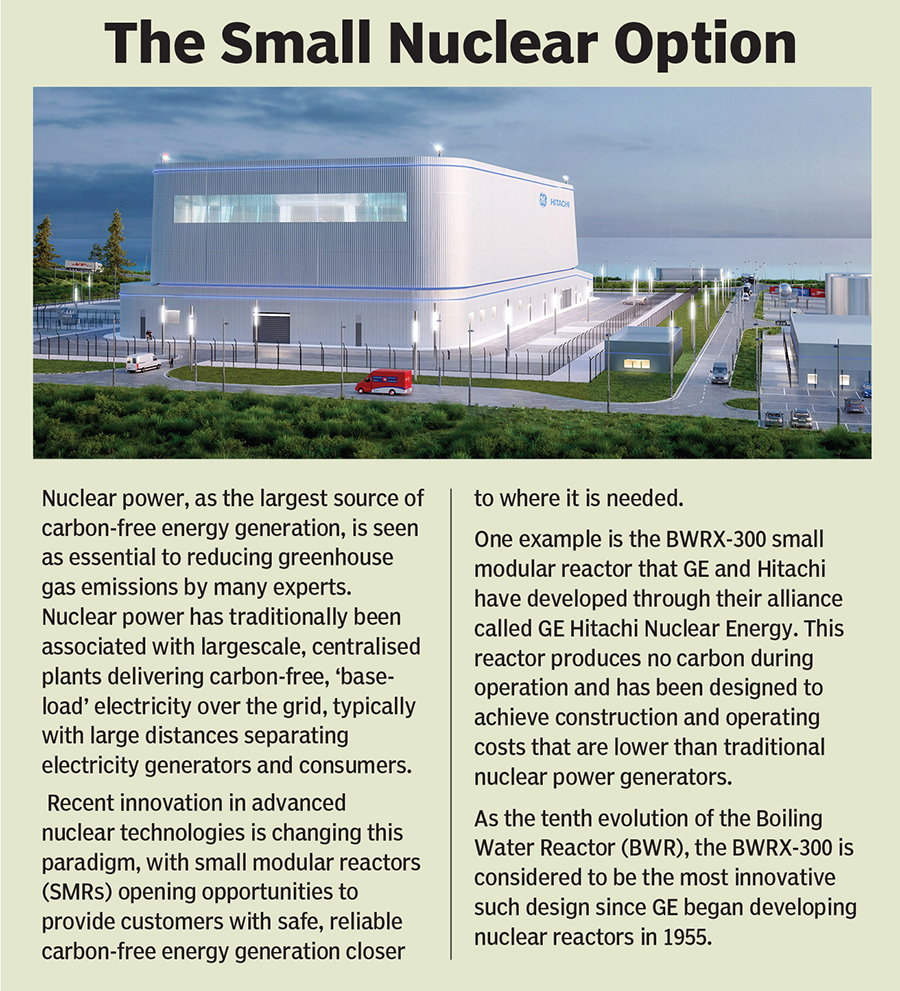 There are some geographies in India where the pumped hydro storage can be a “fantastic solution,” Palashikar says. Pumped hydro projects involve pumping water to upstream reservoirs and releasing them to produce electricity when needed—for example to make up for the intermittent nature of a wind power installation.

Globally, GE has achieved significant success with the pumped hydro technology and the company is bringing it to India as well, in addition to what is on offer within its Indian operations. Customers are interested and the government is “very pragmatic” about this as well, he says. 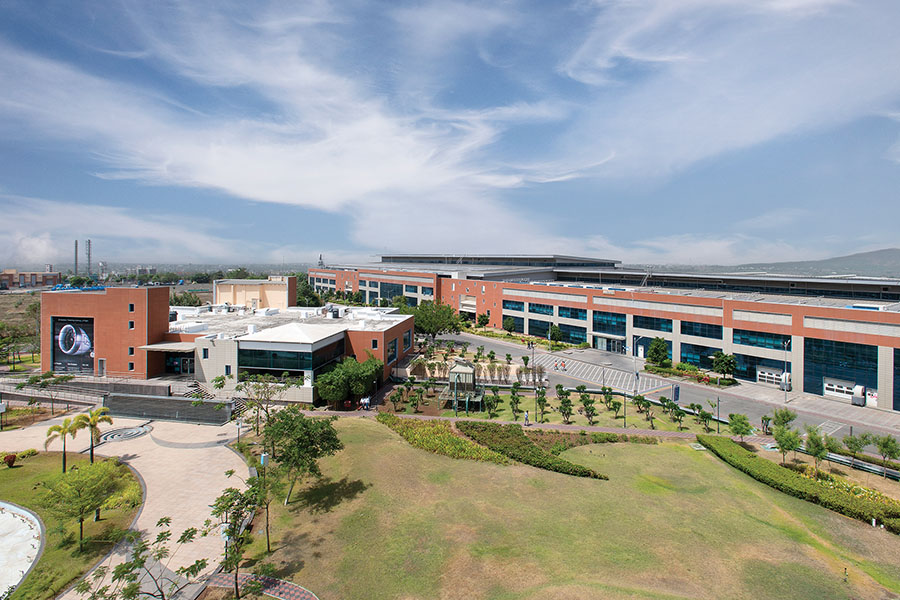 As India steps up its efforts on these multiple fronts, there will be a transition, and that change will not only affect industry, but it will touch every household. To go from the current scenario where the biggest source of India’s electricity is coal to renewable energy, “the transition will be slow, and what we’re learning from the best experts is that it will also be potentially expensive”, Palashikar says. 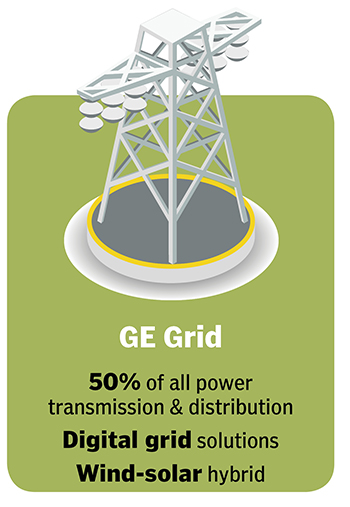 There won’t be step-jump shifts to solutions like green hydrogen or storage with low rates of what is called ‘levelised cost’ of electricity. “The solutions are not going to start at a low cost point, however we will have to embrace this transition and we will have to walk across this bridge,” he says.

For industry, the manufacturing sector is already using conventional energy and therefore will need to make the transition to renewables and round-the-clock renewables. With India’s new-age internet companies, however, as newer companies, they have the opportunity to have business models that will allow them to “afford and lead the adoption” of renewables, he says.

Their data centres, for example, can use a combination of renewables and clean hydrogen. Whether it is for an individual household or a factory or a software products company, “it comes down to reliable, affordable and sustainable power.” While the options for individual consumers, traditional industries and the internet economy will vary, “this is the ‘trilemma’ that we will have to solve for decarbonisation”.