Renewable energy to grow to new record in 2022: IEA

The record growth would be led by China and Europe, the International Energy Agency said, but may taper in 2023 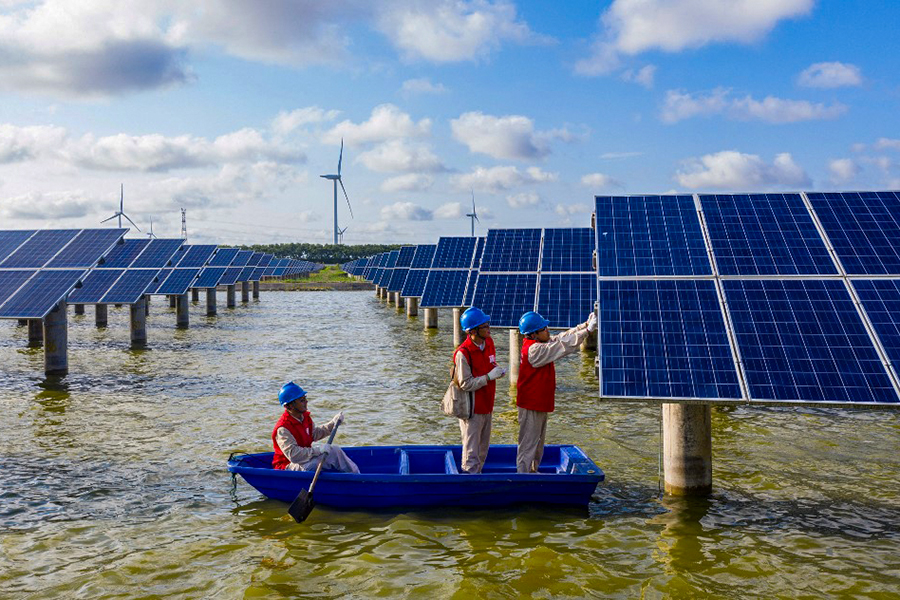 This photo taken on July 19, 2021 shows electrical workers in a boat as they check solar panels at a photovoltaic power station built in a fishpond in Haian in China's eastern Jiangsu province. (Credits: AFP / China OUT)

Paris, France: The world will set a new record for renewable power capacity this year led by solar energy in China and Europe, but growth could lose steam in 2023, the International Energy Agency said Wednesday.
A record 295 gigawatts of new renewable power capacity was added in 2021 despite supply chain bottlenecks, construction delays and high prices of raw materials, the IEA said in a report.
An additional 320 gigawatts is expected to be installed this year, equivalent to the entire electricity demand of Germany or the European Union's total electricity generation from natural gas.
Solar energy will account for 60 percent of renewable power growth in 2022, ahead of wind and hydropower, according to the agency, which advises developed nations on energy policy.
"The additional renewables capacity commissioned for 2022 and 2023 has the potential to significantly reduce the European Union's dependence on Russian gas in the power sector," the IEA said.
"However, the actual contribution will depend on the success of parallel energy efficiency measures to keep the region's energy demand in check."

The EU set a goal of slashing its heavy reliance on Russian natural gas by two thirds this year following Moscow's invasion of Ukraine.
"Energy market developments in recent months—especially in Europe—have proven once again the essential role of renewables in improving energy security, in addition to their well-established effectiveness at reducing emissions," IEA Executive Director Fatih Birol said in a statement.
He urged governments to cut red tape, accelerate the deliveries of permits and provide the right incentives for a faster deployment of renewables.
The IEA warned that, based on current policies, "renewable power's global growth is set to lose momentum next year."
"In the absence of stronger policies, the amount of renewable power capacity added worldwide is expected to plateau in 2023," the IEA said.
The Paris-based IEA said progress in solar energy is offset by a 40 percent drop in hydropower expansion and "little change" in wind additions.
© Agence France-Presse