For India, the decision to hold tight to its neutrality on Russia's war in Ukraine is no longer just about keeping its options open in a world with multiple centers of power. It has evolved into a lucrative case of economic opportunism: Russian oil is just too good a deal to pass up

By Emily Schmall and Stanley Reed 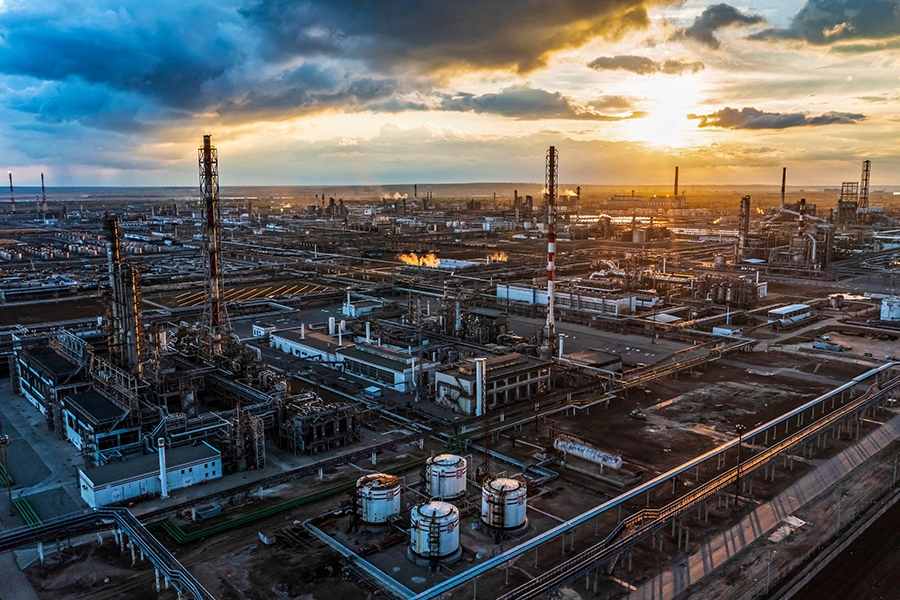 NEW DELHI — One after the next, the entreaties have streamed into India. Buying Russian oil, President Joe Biden told India’s prime minister, is not in your country’s interest. Undermining sanctions, a U.S. official starkly warned, could bring “consequences.” Taking a harder line on Russia, a parade of American and European emissaries argued, is a global imperative.

But for India, the decision to hold tight to its neutrality on Russia’s war in Ukraine is no longer just about keeping its options open in a world with multiple centers of power. It has evolved into a lucrative case of economic opportunism: Russian oil is just too good a deal to pass up.

India’s purchases of Russian crude have soared since the conflict’s start, rising from nothing in December and January to about 300,000 barrels a day in March and 700,000 a day in April. The crude now accounts for nearly 17% of Indian imports, up from less than 1% before the invasion. Last year, India imported about 33,000 barrels a day on average from Russia.

With Russian oil banned in the United States and Europe now proposing an embargo of its own, India can buy the crude at substantial discounts, powering its energy-thirsty economy at a lower cost. Indian refiners can also use the crude to make products like diesel and jet fuel and sell it at better-than-usual margins abroad.

As India leverages the war to help fuel its post-pandemic economic recovery, trade between it and Russia is likely to increase with the conflict dragging on, analysts say. That could further complicate American and European efforts to choke off Russia’s economic lifeblood and strain U.S.-Indian relations as the two nations seek to work together to counter China.

“If oil is available and at a discount, why shouldn’t I buy it? I need it for my people,” Nirmala Sitharaman, India’s finance minister, said last month.

The reshuffling of Russia’s oil exports became evident days after President Vladimir Putin launched his assault on Ukraine in late February, as tanker traffic that used to head from Russian terminals on the Black Sea to Northern Europe bent instead toward India.

That traffic could get busier after the European Union announced Wednesday that it hoped to phase in a ban on Russian oil in the coming months, a move that came days after Russia cut off gas to Poland and Bulgaria, increasing the possibility of an energy war.

The India-bound tankers are heading into Jamnagar, in the western state of Gujarat, where Reliance Industries has the world’s largest refinery complex, and into Vadinar, also in Gujarat, the location of a refinery owned by Nayara Energy, an Indian affiliate of Rosneft, the Russian state company.

Simultaneously, India’s state-owned oil companies are purchasing millions of barrels of Russian crude for the domestic market, which may have helped Prime Minister Narendra Modi’s government avoid a surge in fuel prices after it lifted a freeze in March.

The United States has chosen not to impose tougher sanctions that may force countries like India to stop buying Russian crude. That caution may reflect worries in the Biden administration that such a move could further raise pump prices for Americans.

“The White House seems averse to taking action to close the Indian shelter for homeless Russian barrels,” said Helima Croft, head of commodities at RBC Capital Markets, an investment bank, in a note to clients.

It is not hard to understand why Russian oil is attractive to buyers in India and elsewhere, despite the risks of opprobrium over Ukraine. They can obtain substantial discounts of $30 a barrel or more, a very good deal when Brent crude, the international bench mark, is selling at about $105 a barrel.

With European countries, as of now, still buying Moscow’s oil, top Indian government officials have said it is hypocritical of them to ask India to curtail its trade with Russia. And they have argued that India, a developing country, does not have the luxury to snub discounted energy.

Washington is now pitching itself as an alternative defense partner for India, making any threat of sanctions for increased Indian trade with Russia unlikely. India’s government has believed it will retain good relations with the United States because of its role as a potentially crucial check on Chinese expansionism.

“It’s just a game of chicken at this point,” said Samir N. Kapadia, head of trade at Vogel Group, a Washington-based consultancy.

“The problem is India is benefiting not just from the discounted commodities, but now they are finding a growing export market of food and medicine to Russia. I don’t see that relationship changing,” he said.

Now that Europe is moving to ban Russian crude and fuel, prices are likely to surge, and India could profit even more from refining Russian oil and selling the fuels to Europe.

India itself also has a major appetite for oil. It is the third-largest oil importer and consumer, shipping in more than 80% of its crude needs, mainly from countries like Saudi Arabia and Iraq. If Persian Gulf producers find themselves losing Indian market share to Russia, that could create tensions in OPEC Plus, the oil organization chaired by Riyadh and Moscow.