As per Reuters calculations, Indian refiners snapped up discounted oil that others have shunned since Russia's invasion of Ukraine 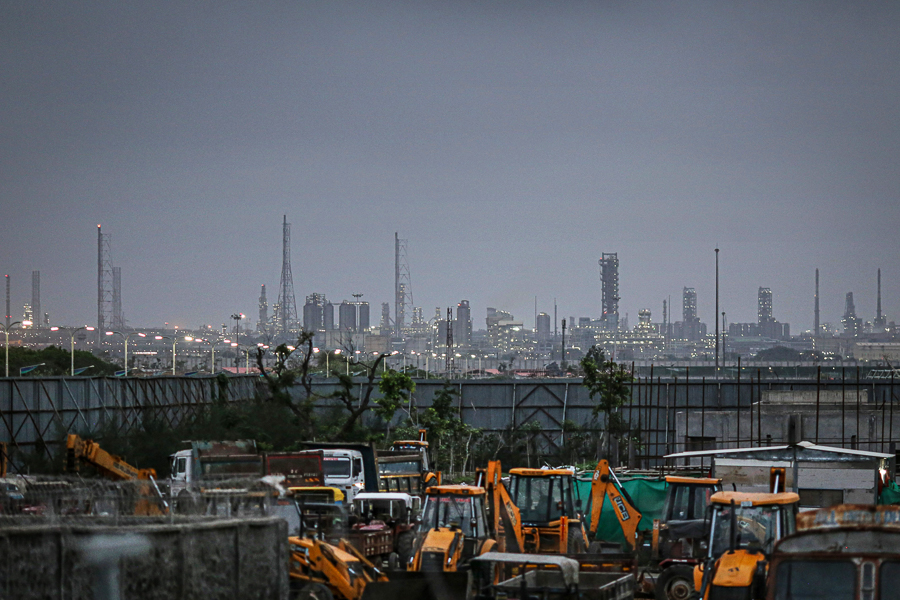 NEW DELHI (Reuters) - India has bought more than twice as much crude oil from Russia in the two months since its invasion of Ukraine as it did in the whole of 2021, according to Reuters calculations, as Indian refiners snapped up discounted oil that others have shunned.
Refiners in India have placed orders for at least 40 million barrels of Russian oil since the invasion on Feb. 24, Reuters calculations based on information from crude tenders and traders show. The purchases are for loading in the June quarter.
That compares with total imports of Russian oil into India of 16 million barrels in the whole of last year, according to Reuters calculations.
The world's third biggest oil importer and consumer ships in over 85% of its crude oil needs of 5 million barrels per day (bpd). Its refiners are buying cheaper Russian oil to partly offset the impact of higher official selling prices of some producers like Saudi Arabia, company sources said.
"We try to insulate consumers as much from price shocks as we can, but we need to protect our profits as well... so we are buying Russian oil," an official at one refiner, who declined to be named, said.
According to Reuters calculations, purchases of Russian barrels by private refiners Reliance Industries and Nayara Energy outstrip imports by state refiners Indian Oil Corp, Hindustan Petroleum Corp, and Bharat Petroleum Corp.
Reliance has purchased at least 15 million barrel of Russian oil so far for the June quarter, trade sources said last week. Reliance did not respond to a request for comment at that time.
Nayara Energy, part owned by Russia's top producer Rosneft, has purchased 8 million to 9 million barrels of Russian crude for loading in April-May, trade sources said. Nayara did not respond to a Reuters email seeking comments.
Western sanctions against Russia since its invasion of Ukraine, which Moscow calls a "special operation", have prompted many oil importers to shun trade with Moscow, pushing Russian crude's discount to other grades to record levels.
While New Delhi has called for an immediate ceasefire in Ukraine, it has not explicitly condemned Moscow's actions.

Defending India's oil imports from Russia, the country's oil minister Hardeep Singh Puri on Friday said that India's purchases from Russia are a minuscule fraction of the country's overall oil needs.
Indian companies are buying Russian oil on a delivered basis, with sellers arranging for shipping and insurance.
Washington has already said it does not object to New Delhi buying Russian oil below market rates, but warned against a steep rise in imports as that could hamper the U.S. response to the war in Ukraine.
Analysts said India's Russian oil imports may taper off as a full-scale implementation of the European and U.S. sanctions from mid-May and late June might hit logistics.
"Indian refiners' capacity to process Russian oil is limited, and also there could be logistic challenges like insurance, tankers and payment mechanism once full European and U.S. sanctions against Russian kick in," said Giovanni Staunovo, commodity analyst at UBS Group AG.
Already under pressure from sanctions, some trading houses are scaling back their dealings in Russian oil, he said.
By Nidhi Verma